After only 18 months on the job, Gail Samuel, the Boston Symphony Orchestra’s first woman president and CEO in its 141-year history, has resigned.

The BSO announced Samuel’s resignation in a press release Friday morning, thanking her for her leadership at a time when the organization was returning from COVID-19.

“Gail came to the BSO as we were beginning to chart a critical course through the very consequential effects of the COVID-19 pandemic,” BSO Board of Trustees Chair Barbara Hostetter said in the release. “At a time when stabilizing the institution was of paramount priority, Gail was a steadying force.”

The BSO’s Board of Trustees will begin the search for a new leader in 2023. In the interim, current BSO Board of Advisors member Jeffrey D. Dunn will fill the role. Dunn previously served as Executive Chairman, President & CEO of Sesame Workshop, the nonprofit that produces “Sesame Street.”

Prior to arriving at the BSO in June 2021, Samuel built a career with three decades of experience in orchestra management, most recently serving as the chief operating officer of the Los Angeles Philharmonic and president of the Hollywood Bowl.

In a statement, Samuel said that announcing her resignation during the holiday season felt like “a natural time” that would make for “minimal disruption.”

“It was an honor to lead the Boston Symphony Orchestra, one of the world’s most celebrated orchestras, particularly during such a significant time in history,” Samuel said. “When I arrived at the BSO, I was dedicated to re-opening Tanglewood and Symphony Hall, and to increasing creativity at the BSO by welcoming artists to our stages more broadly representing the rich diversity that exists in our city. After navigating the profoundly complicated re-opening matters and having successfully laid the groundwork for continued evolution at the BSO, I have decided to step down.” 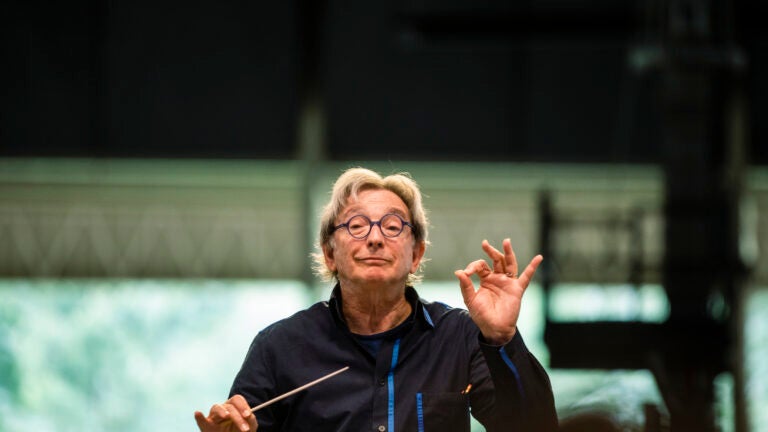 In his twilight, a conductor revisits where his career dawned with the Boston Symphony Orchestra