The mystery of Bob Dylan’s Dunkin’ dedication has been solved.

Dylan’s book, “The Philosophy of Modern Song,” which came out last month, had an interesting addition among the acknowledgements — “All the crew at Dunkin’ Donuts.”

In a Monday interview with the Wall Street Journal, Dylan said he thanked the crew of the coffee chain “because they were compassionate, supportive, and they went the extra mile.”

Dylan, who rarely gives interviews, had a lot to say about 2022 culture beyond Dunkin’ (but his coffee order still remains unknown).

The 81-year-old musician gave his thoughts on social media (“a wonderful thing”), modern pop music (“it’s a computer model”), and his experiences during COVID-19 lockdowns (If there’d been any opium laying around, I probably would have been down for a while”).

The singer-songwriter also named some of his current favorites in music, ranging from rockers like Julian Casablancas and Jack White to hip-hop artists like Wu-Tang Clan and Eminem. But while he expressed respect for modern musicians, Dylan criticized the age of streaming as “too smooth and painless.”

“Everything’s too easy. Just one stroke of the ring finger, middle finger, one little click, that’s all it takes, and we’re there,” he said. “We’ve dropped the coin right into the slot. We’re pill poppers, cube heads, and day trippers, hanging in, hanging out, gobbling blue devils, black mollies, anything we can get our hands on.”

Dylan described his book as “a state of mind” beyond books of similar subject matter. “The Philosophy of Modern Song” is a collection of photos and essays on songwriting that Dylan has been working on for over ten years.

“‘The Philosophy of Modern Song’ could only have been written by Bob Dylan,” Jonathan Karp, President and Chief Executive Officer of the book’s publisher Simon & Schuster, said in a statement. “His voice is unique, and his work conveys his deep appreciation and understanding of songs, the people who bring those songs to life, and what songs mean to all of us.” 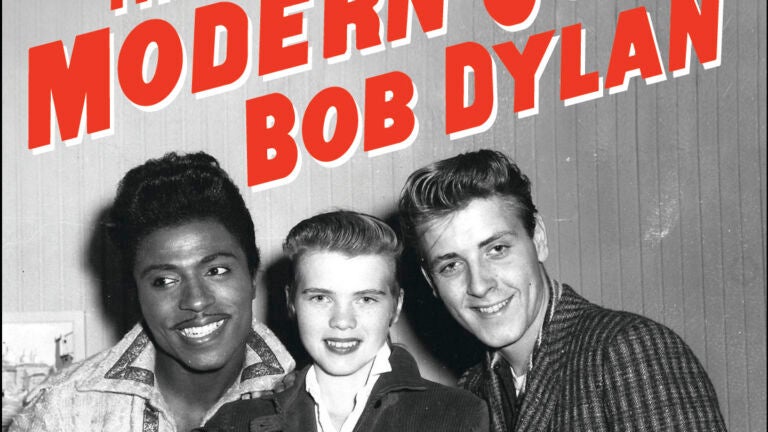