A former Boston news anchor said Wednesday that her son was assaulted by actor Kevin Spacey at a Nantucket restaurant in July 2016, when he was 18 years old.

Heather Unruh, who worked at WCVB until 2016, described an alleged incident involving Spacey and her son during an emotional press conference at the Hilton Hotel in downtown Boston. Unruh was joined by attorney Mitchell Garabedian, who is best known for representing victims of the Catholic Church sex abuse scandal, and her daughter, Kyla.

Unruh said that Spacey bought “drink after drink after drink” for her underage and “starstruck” son at The Club Car restaurant. Once her son was drunk, Spacey stuck his hand inside her son’s pants and grabbed his genitals, she said. The teen was only “momentarily successful” in shifting his body to avoid Spacey’s hand, she said, and “the violation continued.”

Unruh said Spacey began insisting that her son accompany the actor to a private party. When Spacey got up to use the restroom, Unruh said a concerned woman approached her son.

“She told him to run, and he did,” Unruh said. “He ran as fast as he could all the way to his grandmother’s house where, upset and afraid, he woke his sister.”

The siblings called Unruh and told her what had happened, and she arrived on the island the next morning.

“I want to make it clear: This was a criminal act,” Unruh said.

She said her son has had no contact with Spacey since that night.

Last week, Unruh’s son, a current college sophomore, filed a police report and “handed over evidence” to Nantucket police, she said. Unruh said her son is committed to preventing the actor from “victimizing anyone else.”

“The individual is represented by an attorney,” Miltimore said. “We are waiting to hear from him.”

Garabedian, who is representing Unruh’s son, said his client’s case falls well within both the civil and criminal statute of limitations. Unruh said her son didn’t report the crime at the time largely because he was embarrassed and afraid.

“Nothing could have prepared my son for how that sexual assault made him feel as a man,” Unruh said as she fought back tears, her voice breaking. “It harmed him, and it cannot be undone.”

The former WCVB reporter said women who have come forward with allegations against Hollywood producer Harvey Weinstein “paved the way” for her son to share his story.

Sitting beside Unruh, Garabedian said that sexual abuse victims share their stories when they feel ready to do so.

“We all know victims of sexual abuse can only come forward when they’re emotionally ready to come forward, whether that be when they’re 18 or 88,” he said. “I represented victims in the late 1930s for instance, who only recently have come forward in the last five years.”

Unruh also shared a message with the woman whom she said told her son to run.

“I would love you to please come forward,” she said. “My family will always be eternally grateful that when you saw something you thought was very wrong, that you acted. And we would very much like to thank you in person.”

Unruh had a message for Spacey as well.

“To Kevin Spacey, I want to say this: Shame on you for what you did to my son,” she said. “And shame on you for using your apology to Anthony Rapp to come out as a gay man. That was an appalling attempt to deflect attention away from what you really are: A sexual predator. Your actions are criminal.”

On Oct. 13, eight days after The New York Times bombshell article on Harvey Weinstein was published, Unruh tweeted that Kevin Spacey “assaulted a loved one.”

The #weinsteinscandal has emboldened me– #truth time. I was a Kevin Spacey fan until he assaulted a loved one. Time the dominoes fell pic.twitter.com/C0eiWEfHSO

Unruh’s tweet gained renewed attention when, in a Buzzfeed article published Oct. 29, actor Anthony Rapp said that Spacey climbed on top of him in a bedroom at a party when Rapp was 14 and Spacey was in his 20s.

Spacey apologized to Rapp in a statement, saying, “I honestly do not remember the encounter, it would have been over 30 years ago. But if I did behave then as he describes, I owe him the sincerest apology for what would have been deeply inappropriate drunken behavior.”

He added that he had “loved and had romantic encounters with men throughout my life, and I choose now to live as a gay man,” drawing enormous backlash for the timing of his coming out.

Spacey has since been accused of sexual misconduct by at least 13 men. In the wake of Rapp’s allegations, Netflix announced that the Spacey-led show House of Cards had been canceled, and immediately halted production of its sixth season. According to Variety, Spacey’s publicist, Staci Wolfe, and talent agency CAA parted ways with the actor earlier this month.

Representatives for Spacey did not immediately return a request for comment on Wednesday morning.

Watch the full press conference here (may take a moment to load): 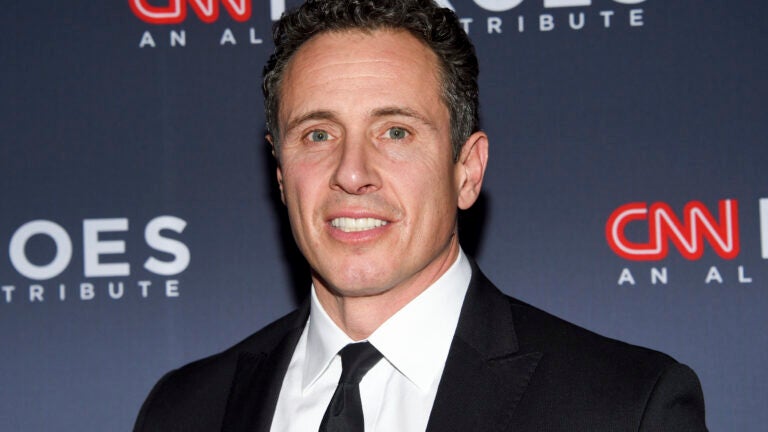