In a Harper’s Bazaar article posted on Monday, Tom Brady postulated that Matt Damon should play him in a hypothetical Brady biopic. Why? Because “he’s a great actor, and he’s from Boston, so we’ve got a few things in common.”

Tom Brady isn’t actually from Boston, but let’s cast that aside for a moment: Damon-as-Brady is a bad choice for other reasons. First off, Damon is bad at throwing a football, per Brady himself in the aforementioned Harper’s Bazaar interview. Second, Hollywood is chock-full of better choices, actors who have the height, lean build, goofy grin, and angelically symmetrical face that Tom Brady was gifted with. 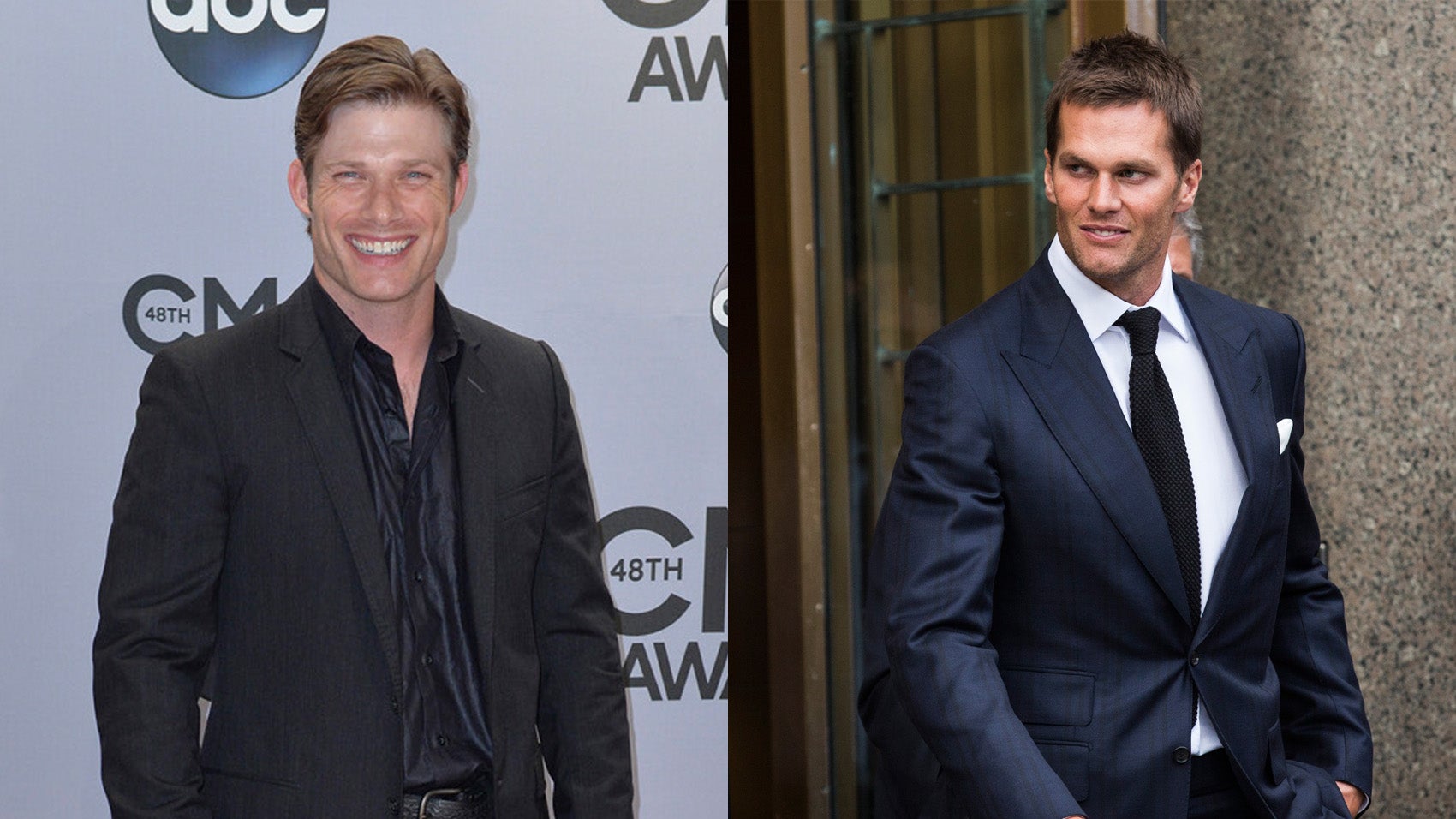 Who? Chris Carmack, that’s who. Sure, the Nashville star may not be as heralded as some of the others on this list, but guess what? A certain quarterback who was picked in the sixth round of the 2000 NFL Draft wasn’t heralded, either. (Also, Carmack and Brady have similar bone structures.)

You can see him in: Nashville, The Butterfly Effect 3: Revelations, Beauty in the Briefcase 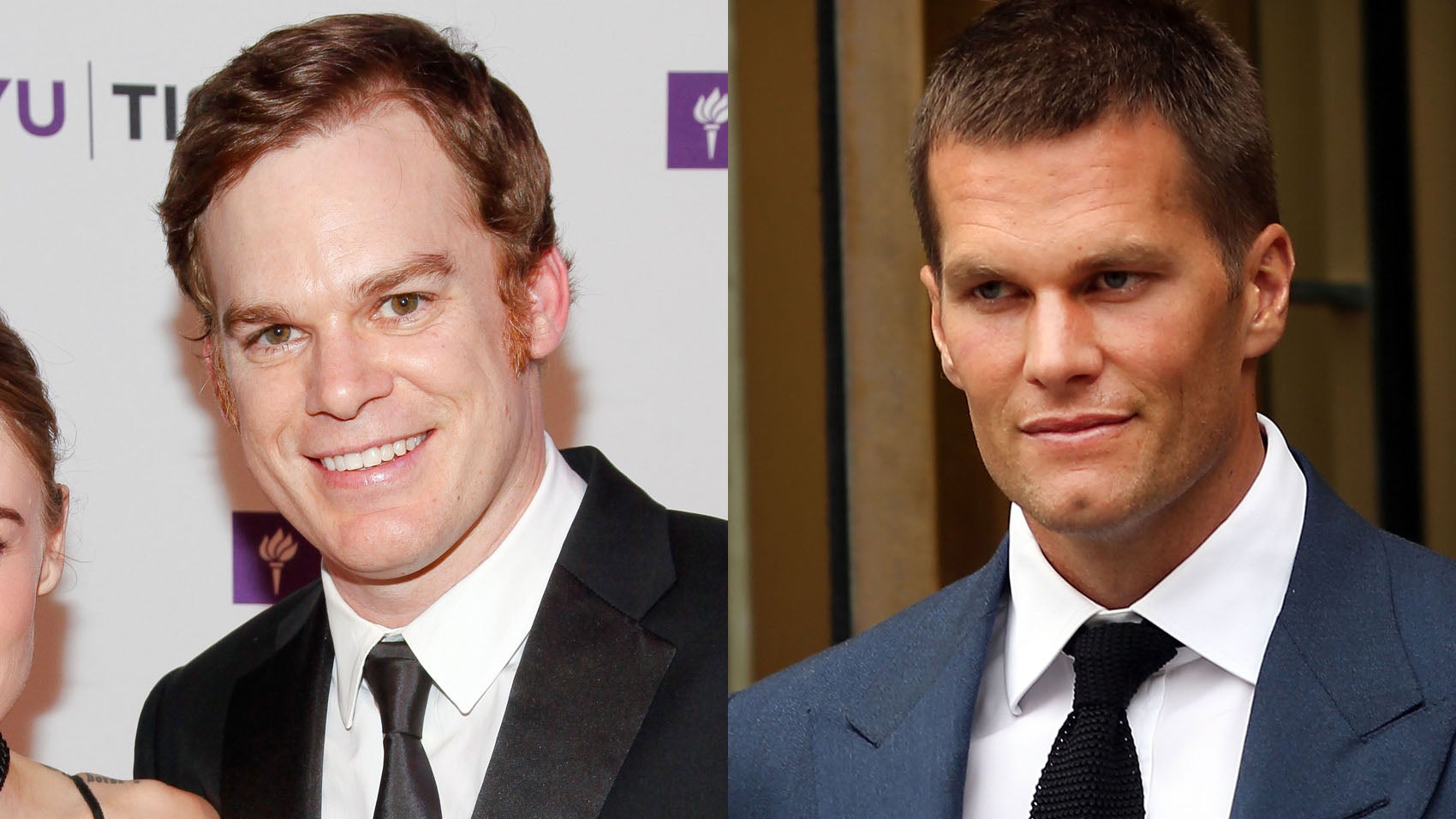 Google “Tom Brady lookalikes.” Go ahead, we’ll wait. Back? Cool, because as you can see (and as his run as Dexter confirmed) Hall can easily pull off the “I’m angry about Deflategate, so I’m going to run roughshod over the entire league” iteration of Brady.

You can see him in: Dexter, Six Feet Under, Gamer 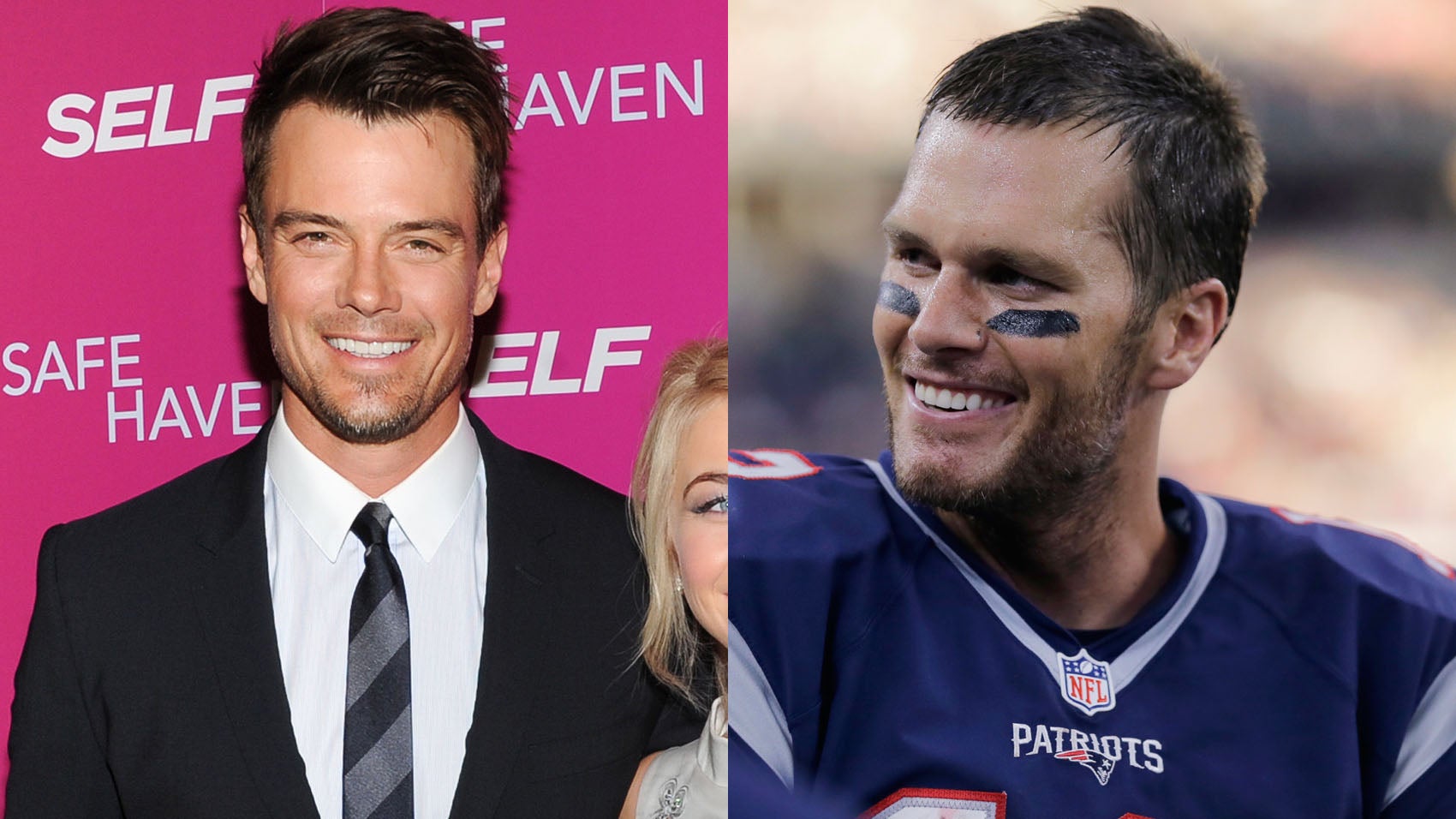 Duhamel has really great teeth and a wife that makes more money than him, so he and Tom Brady have a lot in common.

You can see him in: Transformers, Las Vegas, All My Children 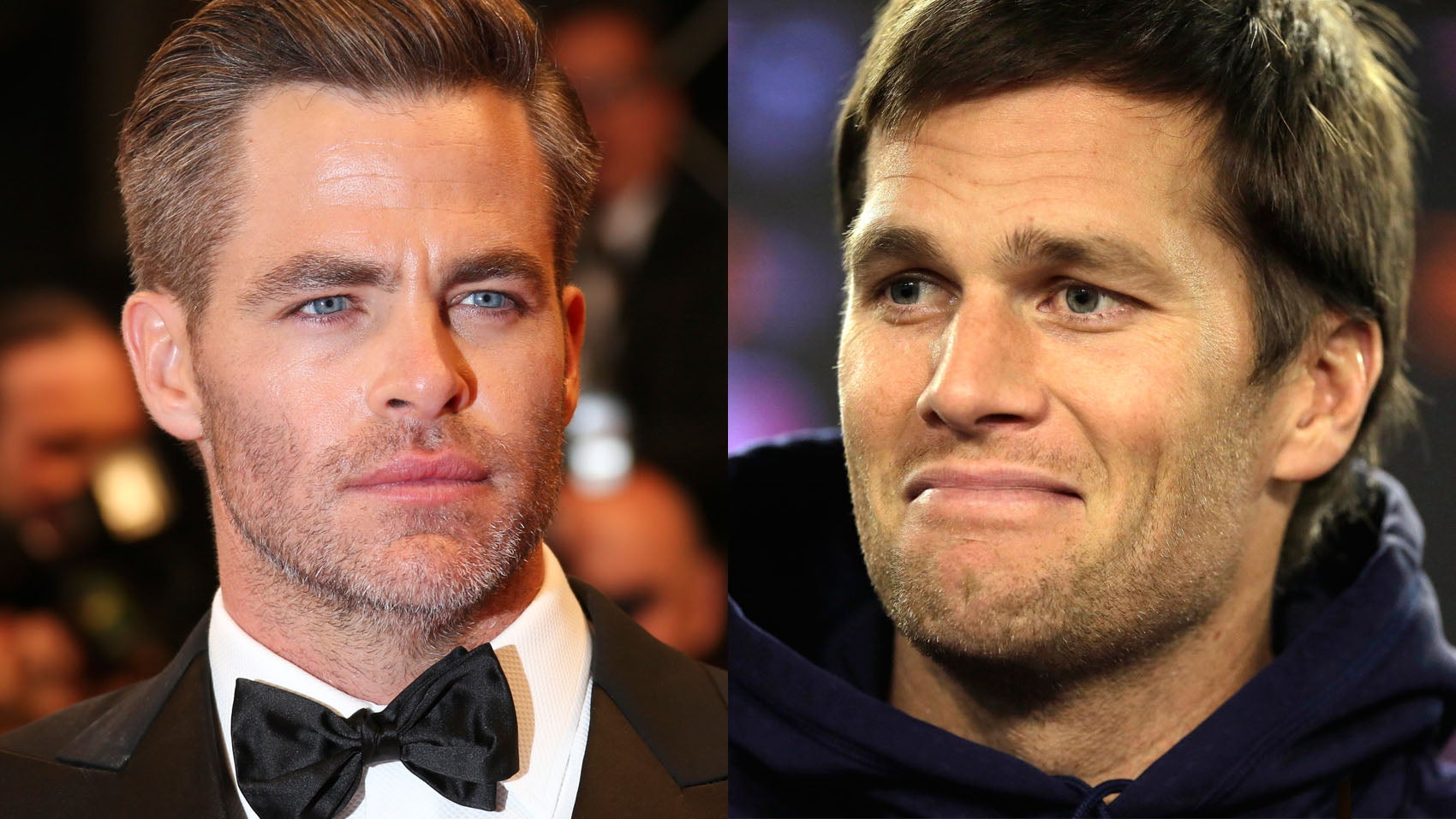 Chris Pine is classically beautiful, as is Tom Brady, and has very nice eyes (as does Tom Brady). Also, he has experience trying to fit in with the locals.

You can see him in: Star Trek, The Finest Hours, This Means War 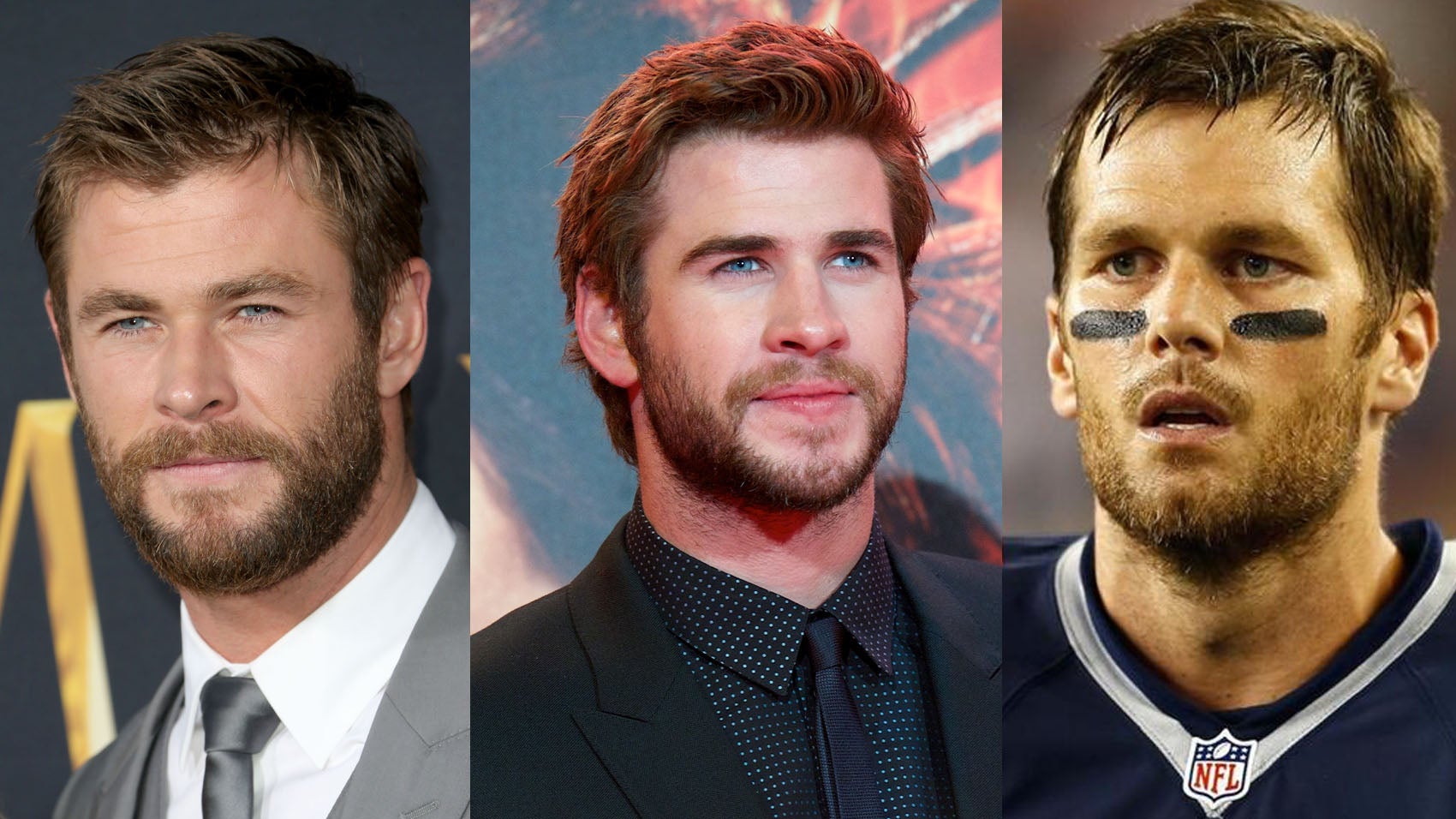 The best part about the Hemsworths is that there are two of them, so one can play young Tom Brady and the other can play slightly older Tom Brady. And if one pulls a hamstring, boom, you’ve got a backup who knows the plays. Also, they’re the only actors on this list with the natural size of an NFL quarterback.

You can see Chris and Liam in: Thor, The Hunger Games, The Avengers 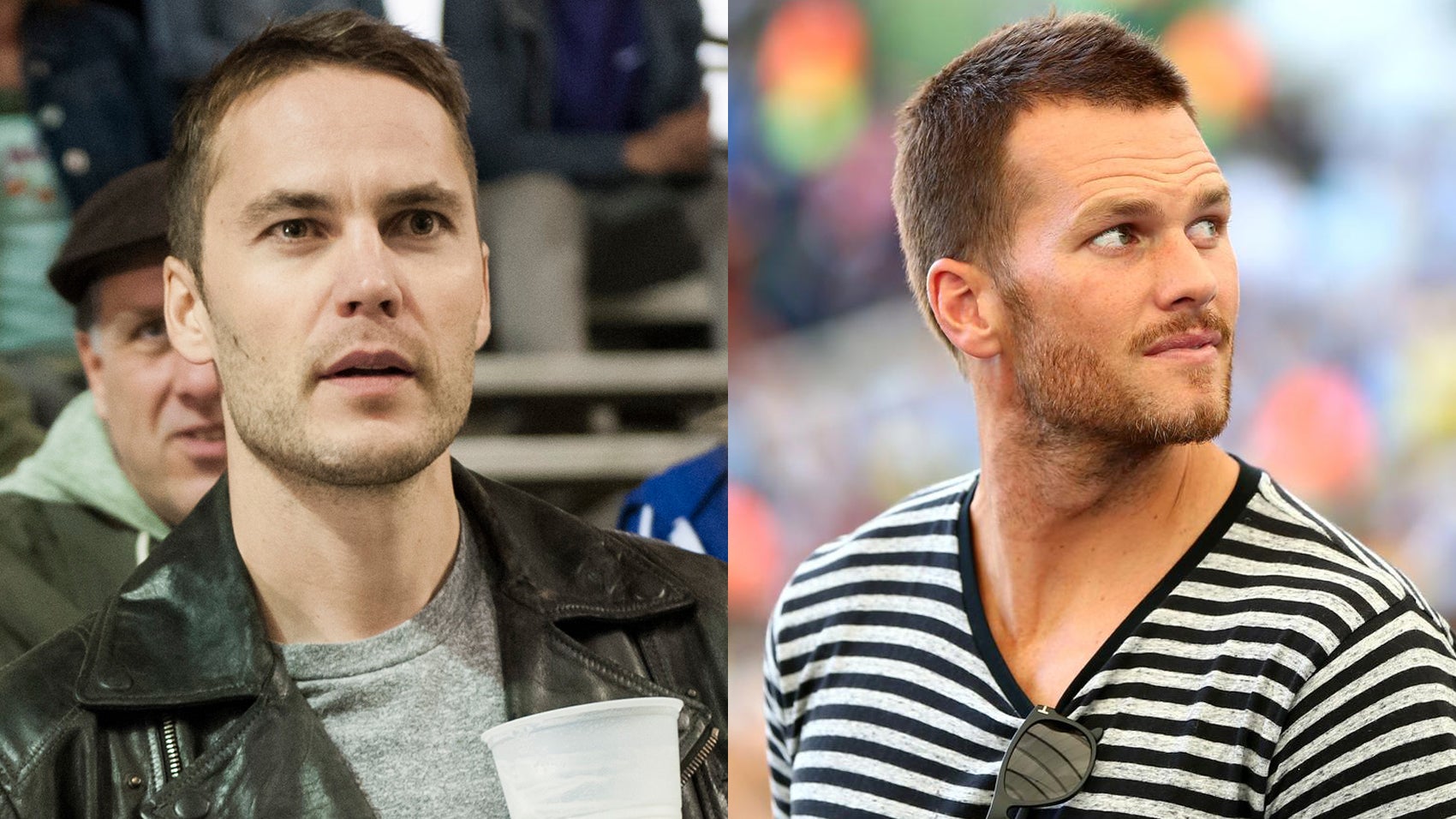 Aside from playing one of the most attractive fictional football players on television (all hail Tim Riggins), Kitsch actually grew up to look a lot like Tom Brady (with and without the shaggy hair).

You can see him in: Friday Night Lights, True Detective 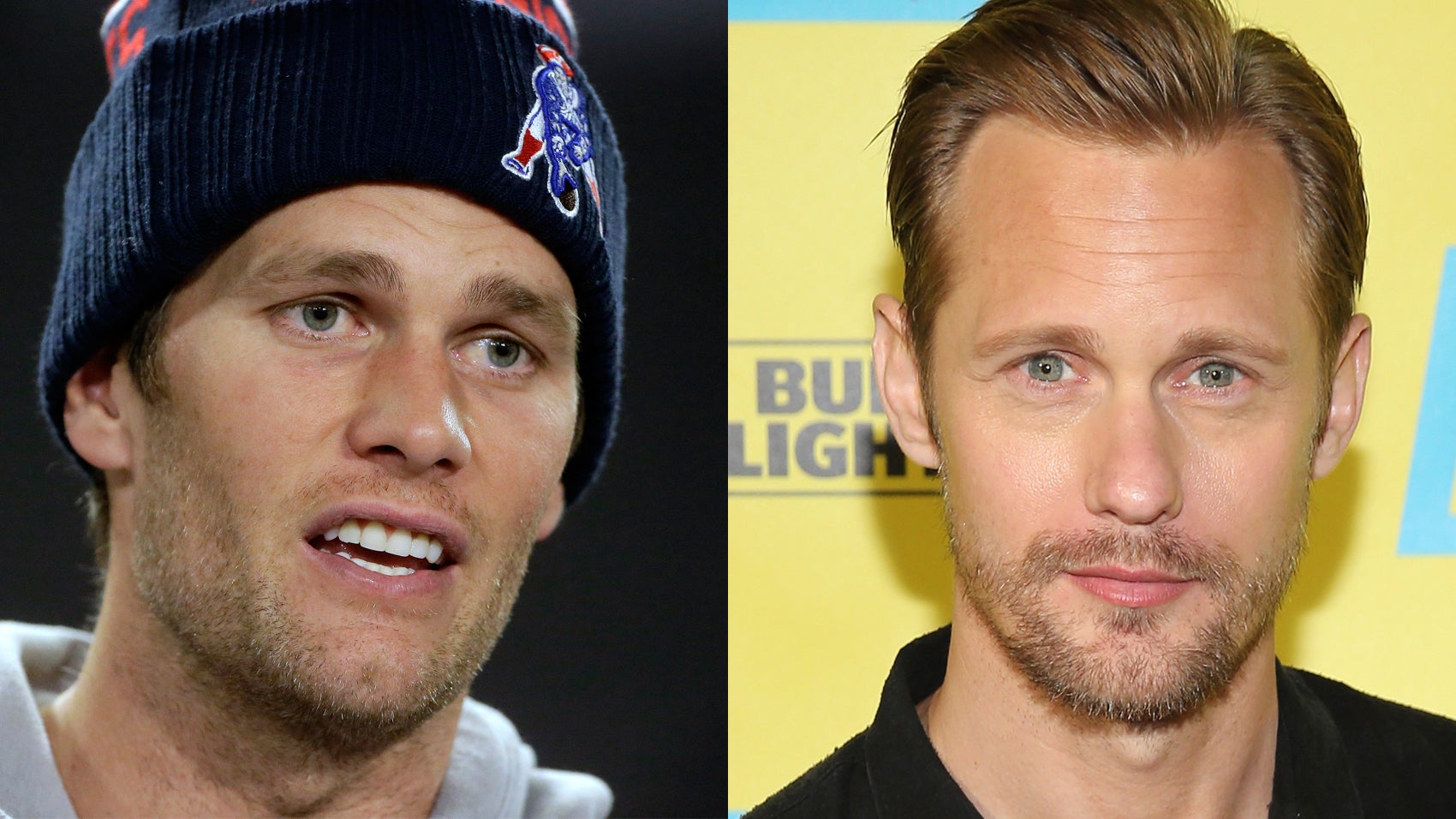 If you haven’t already seen a first look at Skarsgård in The Legend of Tarzan, you gotta do it now. He has the tall figure, lean bod, and similar facial features to embody our QB. (He may have to work out a bit less, in fact. Sorry, Tom.)

You can see him in: True Blood, Generation Kill, the upcoming The Legend of Tarzan 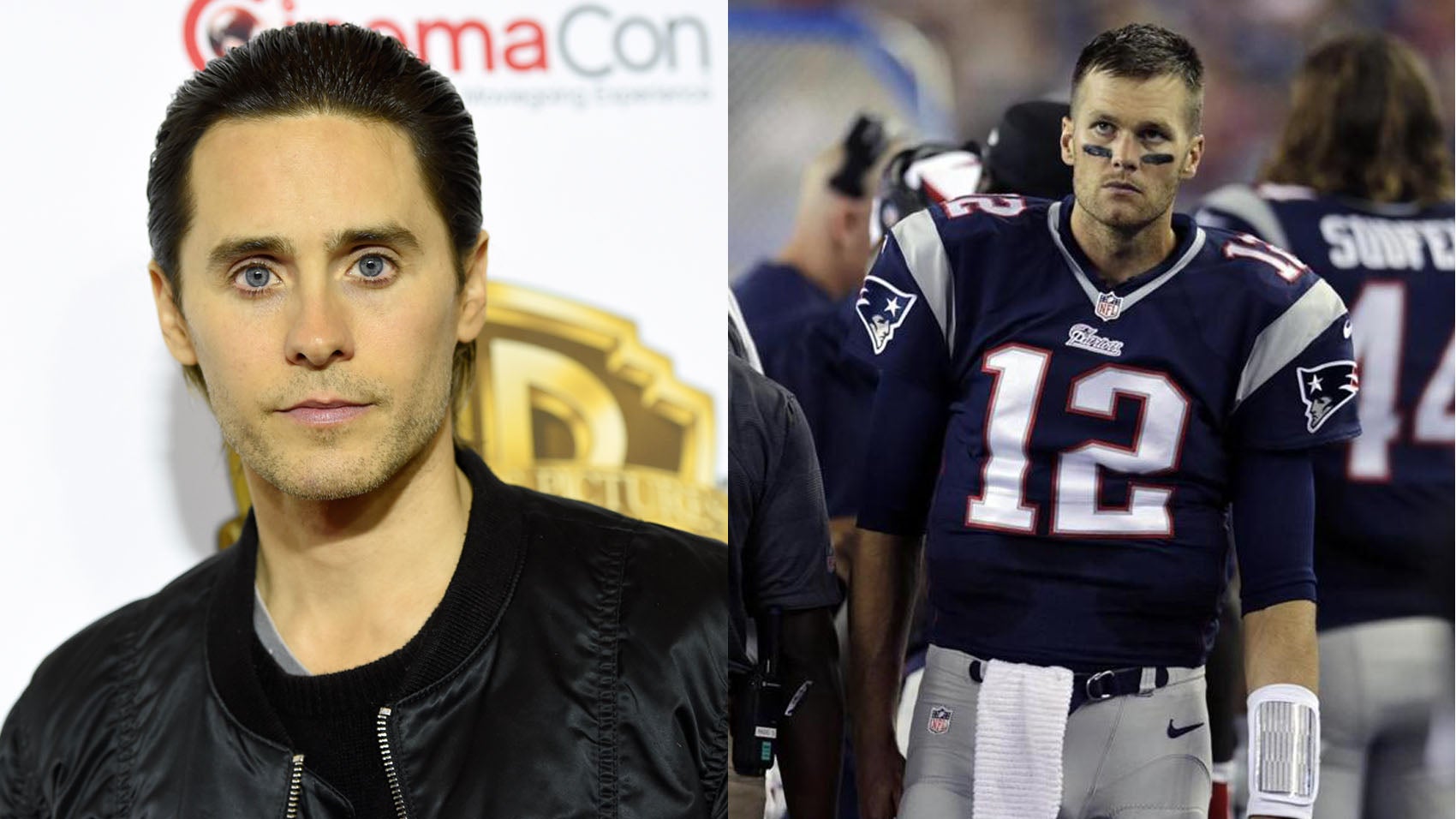 You can see him in: Dallas Buyers Club, Requiem for a Dream, and the upcoming Suicide Squad. 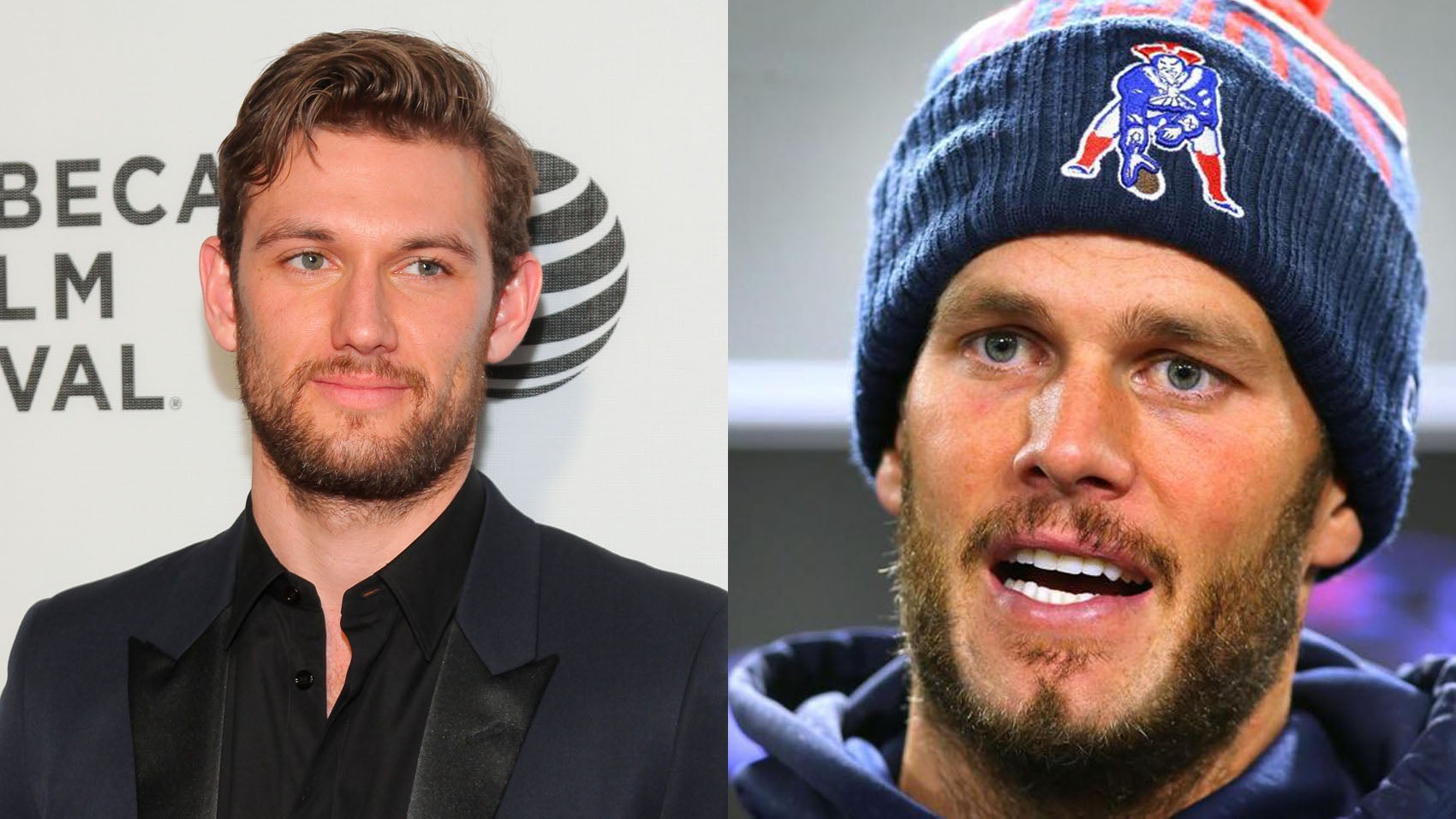 Pettyfer would have to bulk up to play the Patriots quarterback, and at 5’ 11”, some nifty camera work (and smaller-than-normal extras) would need to be used to adequately communicate Brady’s 6’ 4” frame. But have you seen his smolder? It’s Brady-esque.

You can see him in: Magic Mike, I Am Number Four 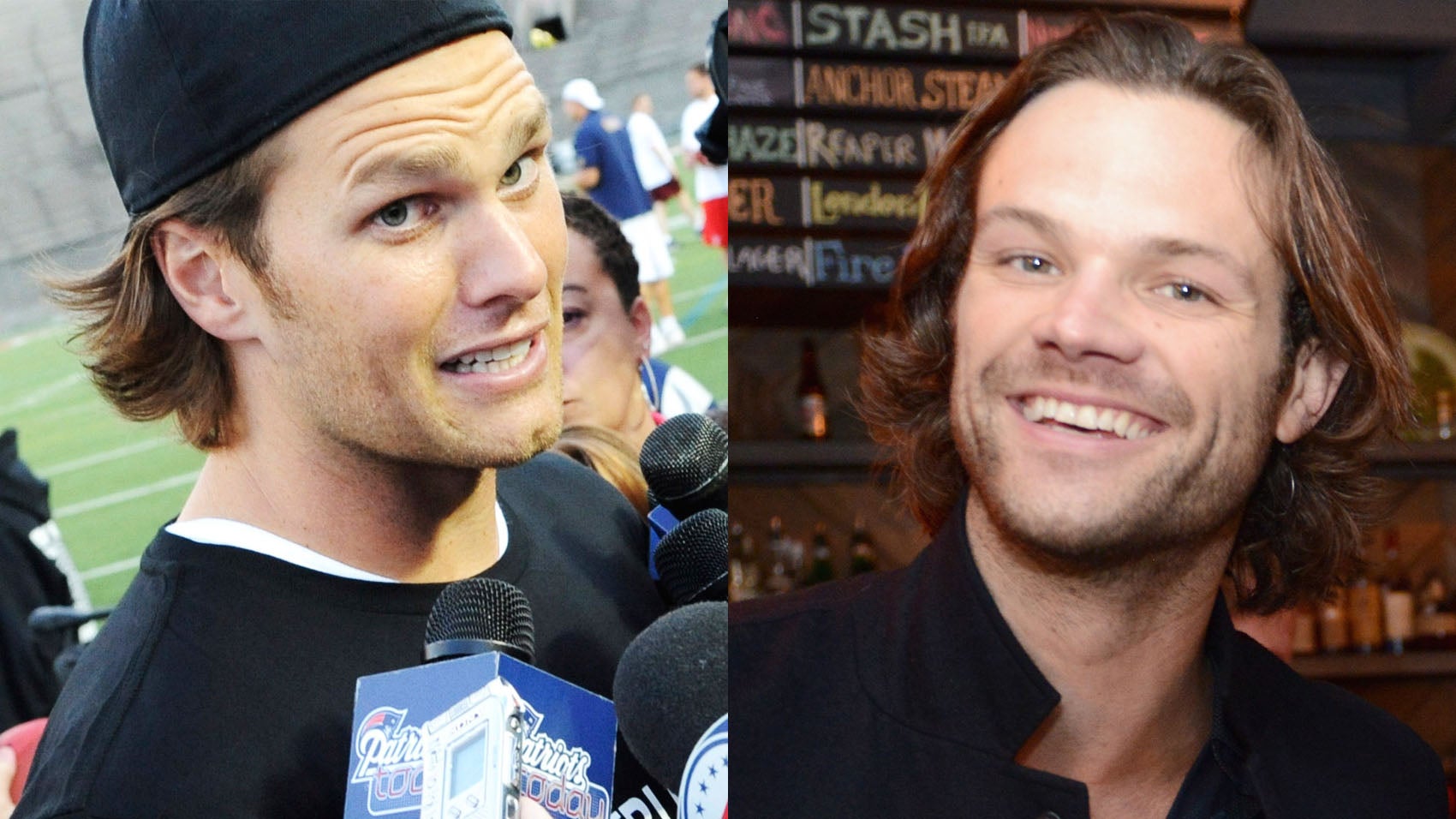 Padalecki would make a fabulous Tom Brady circa 2011 due to his youthful grin alone. And has anyone else mastered that type of hairflip before?

You can see him in: Gilmore Girls, Supernatural, Friday the 13th 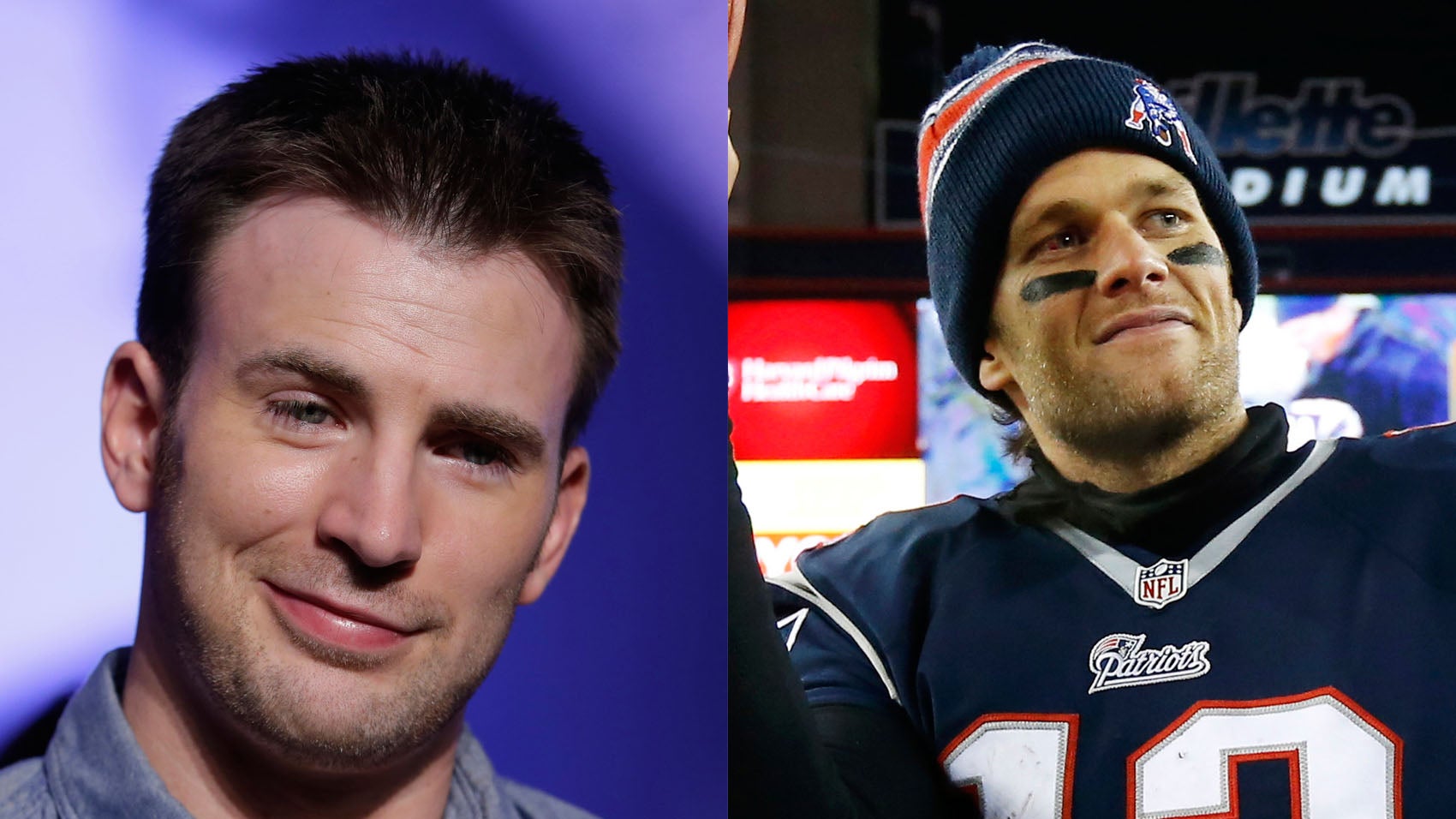 The Sudbury native is a hometown favorite, and would actually have to slim down to play Brady (see this extremely beefy moment from Captain America: Civil War). The only reason he’s not higher on this list? He’s almost too charming and well-adjusted; Brady never quite lost the chip on his shoulder from being passed over by so many teams in the 2000 draft, and it shines through in the quarterback’s sometimes-brooding demeanor.

You can see him in: Any movie on this list 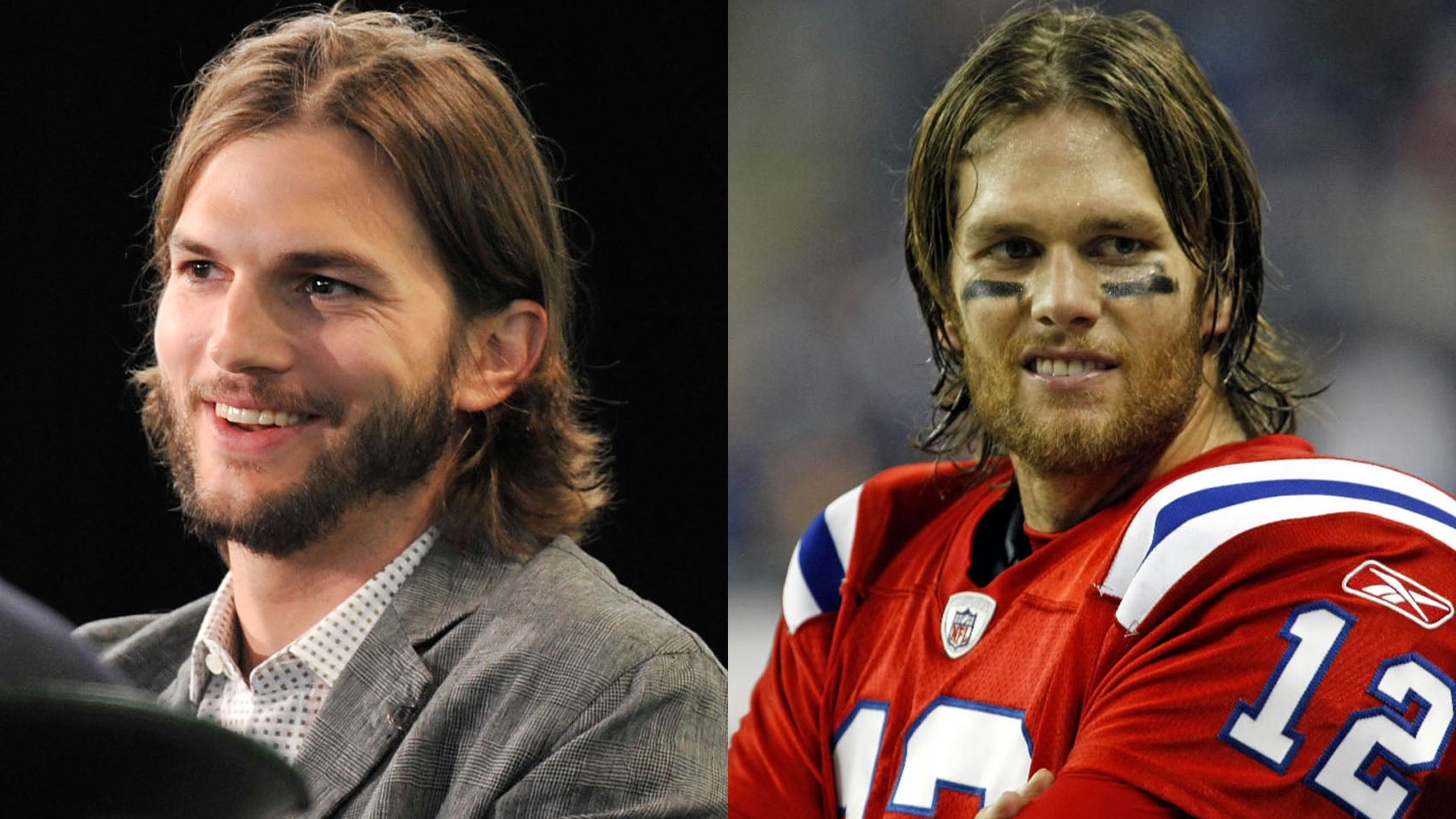 Similar to Padalecki, it’s all about the hair for this one. But we expect this pick to incite some arguments (also, we’d love to hear your picks over on our Facebook page).

You can see him in: That ‘70s Show, The Butterfly Effect, Dude Where’s My Car?