By Massachusetts Office of Travel and Tourism

There’s something special about lighthouses. It might be their historical importance or treacherous tales or just the fact that plenty of them look really cool, but for one reason or another, lighthouses capture the imagination like few other relics from years gone by.

Massachusetts, of course, has several dozen lighthouses, including some of the oldest in the country, which dot the entrance to waterways all around the Commonwealth’s coastal areas. Several of these beacons also welcome visitors, particularly during the warmer parts of the year, making summer the ideal time to take a closer look at them.

For photographers, history buffs or anyone just looking for a fun day outside, here are five lighthouses worth traveling to see. 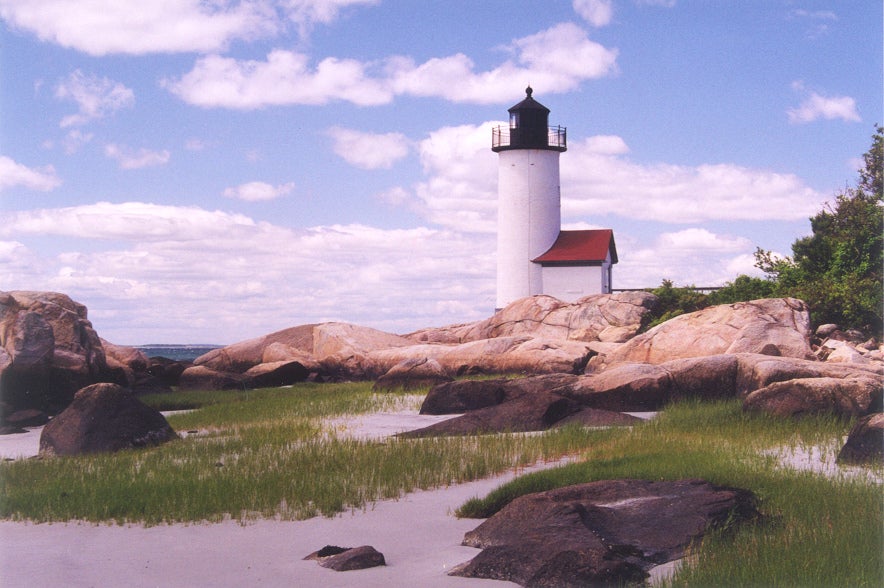 As Gloucester emerged early on to become one of the Massachusetts’ preeminent port cities, it needed a lighthouse to manage the traffic coming to and from atop the water. Built in the early 1800s, Annisquam Light rose to particular prominence about a decade later, thanks to the alleged nearby sighting of a monstrous sea serpent, rumored by newspapers to be hundreds of feet long. When caught, the “leviathan’’ turned out to be far smaller, but it certainly made for quite the story at the time.

A couple hundred years later, Annisquam Lighthouse remains an active aid to navigation and is owned by the Coast Guard. Because of this, the lighthouse does not allow visitors inside, but savvy passersby can head to Wingaersheek Beach when the tide is low and walk out towards the lighthouse for a great view. There is a fee for parking at the beach, which does fill up quickly, so in the summer months, it’s best to get there early.

To stay overnight in Gloucester, book a few nights at the Bass Rocks Ocean Inn or the Atlantis Oceanfront Inn. 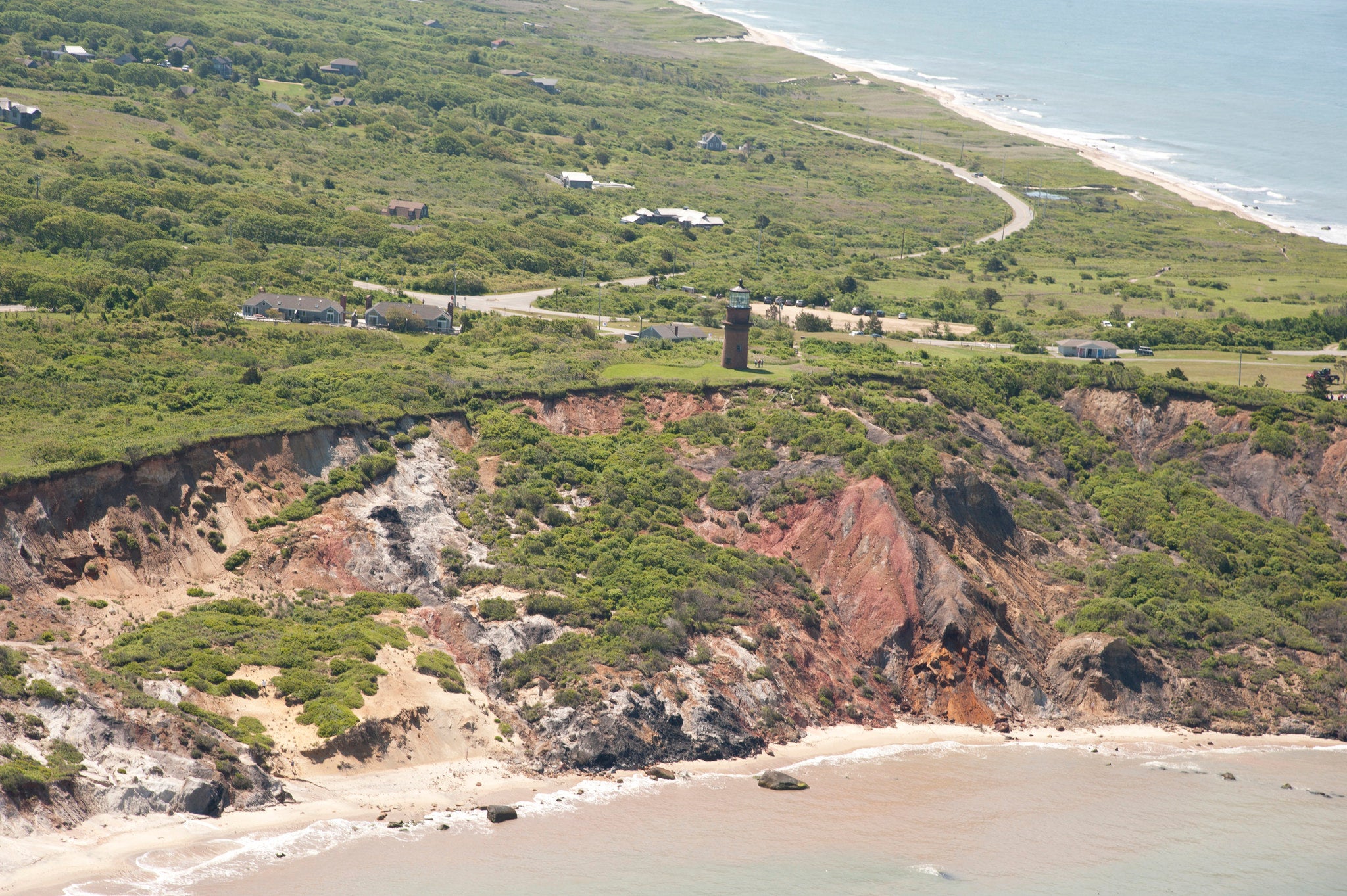 Another elder citizen of the coast, Gay Head Lighthouse was the very first lighthouse constructed on Martha’s Vineyard, going up in 1799. The beacon sits on the westernmost edge of the island and is located off the aptly named Lighthouse Road in Aquinnah. The most striking aspect of Gay Head Lighthouse is the remarkable surrounding scenery, which is comprised of instantly recognizable red clay cliffs that make the area a premier attraction on Martha’s Vineyard.

The lighthouse is open to visitors at select times, offering the most accessibility during the summer. Due to erosion, the lighthouse’s foundation is becoming increasingly suspect, but efforts to save the lighthouse are underway. That said, those who would like to see the beacon in its historic location would do well to make a trip soon.

For folks traveling into the area, the Outermost Inn and Duck Inn are right nearby. 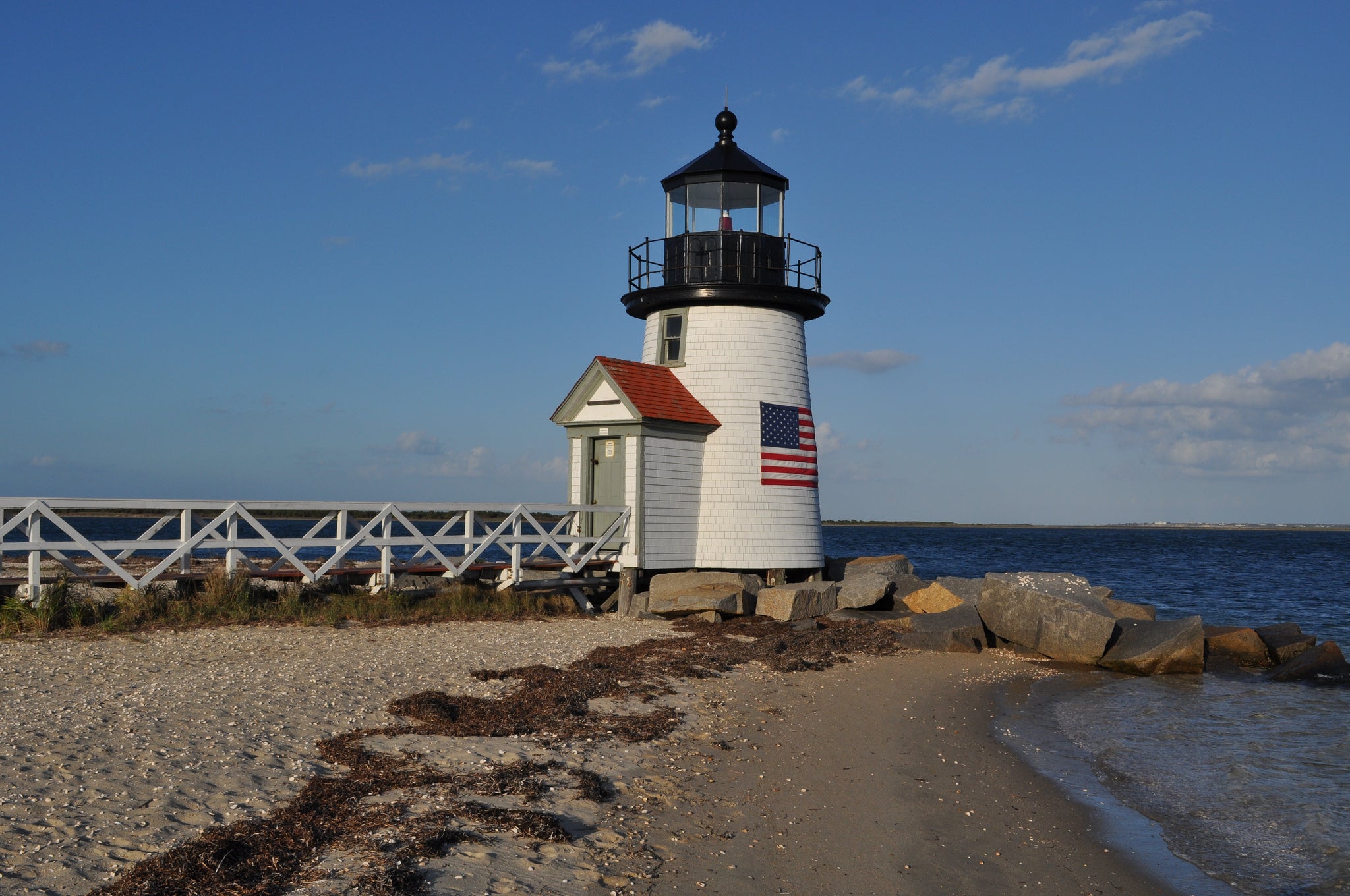 Brant Point Lighthouse has the distinction of being one of the most historic lighthouse Massachusetts locations and also one of the most star-crossed. Established in 1746, several decades before the United States even existed, this site has actually hosted ten beacons in total. The nine unfortunate forebears that preceded today’s light burned, blew over, rotted, wrecked or were condemned.

Contemporary visitors need not worry about the structural integrity of Brant Light in these times, however. While the tower is not open to the public, travelers are free to walk right up to the lighthouse year round. The beach where the light makes its home also happens to be an excellent spot for picnics, surfcasting and all manner of family activities, as well as weddings.

Visitors spending time in the area can kick their feet back half a mile away at the Brant Point Inn or White Elephant, both of which are conveniently located near downtown Nantucket to boot. 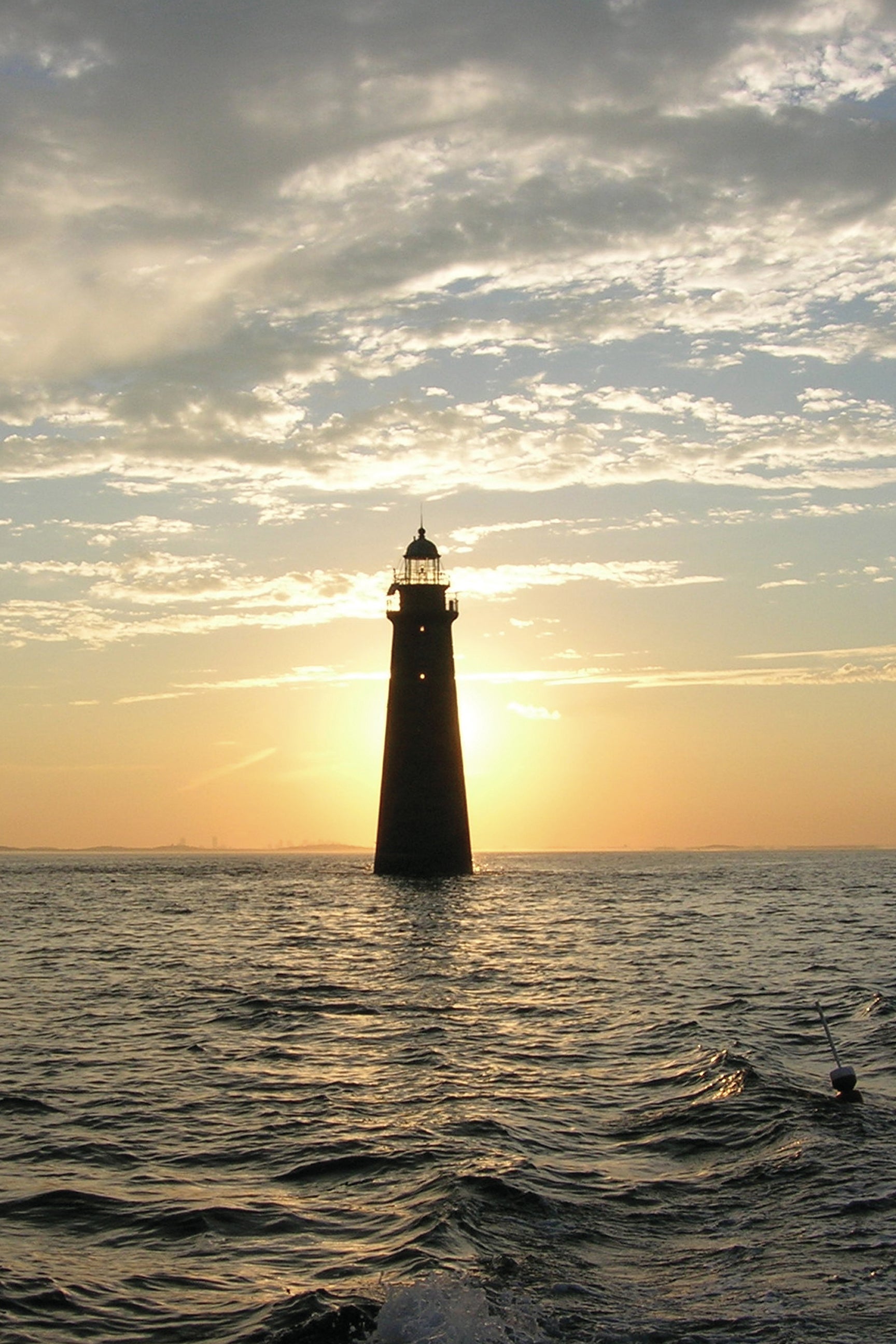 The waters between Scituate and Cohasset along the South Coast have long been notorious for their perilous layout. During the mid-1800s, Minot’s Ledge was reported to have claimed than 40+ vessels and many more lives within a decade, resulting in dreadful loss of life and property. The first light at Minot’s Ledge lasted all of a year or two, surrendering to a wicked storm that left barely any remnants on the rock base.

The second lighthouse on Minot’s Ledge has enjoyed a far happier, lengthier existence, and indeed it still stands today, more than a century and a half since it was built. Those who would like to see it can do so by boat tours, which leave from Boston and Hingham.

There are many options for an overnight in Boston, as well as the South Coast, so prospective visitors would do well to choose where they stay based on what else they’d like to do. 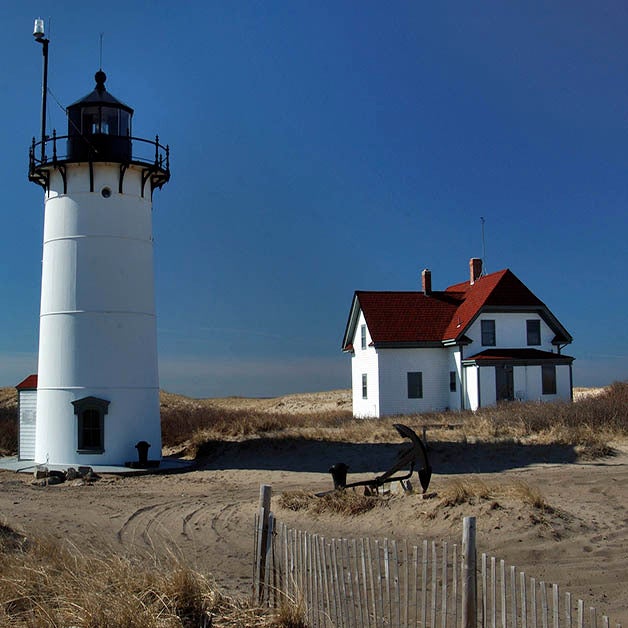 Situated on Race Point Beach, one of Massachusetts’ most picturesque sandy spots that marks the tip of Cape Cod for passing vessels, Race Point Lighthouse was lit in 1816. The keeper’s house, which is often photographed along with the tower, wasn’t built until 1840, and in the late 1870s, both the light and keeper’s house underwent significant renovations for modernizations. Children of the keepers walked nearly three sandy miles per day to get school, until a keeper converted his Ford into a dune buggy during the 1920s, which was no doubt a shining moment for dad.

Race Point remains special today because it offers travelers not just the chance to explore the light, but also stay overnight, in either the Keeper’s House or the Whistle House. A four-wheel drive vehicle is necessary to access the accommodations, which are offered outfitted with modern amenities and available for two nights a week or more. Nearby Provincetown has loads to offer, too, so anyone sleeping at the lighthouse will have no shortage of activities to seek out.

You can learn a little more about Massachusetts’ numerous lighthouses here. For even more Massachusetts history, just click here.

How many lighthouses have you visited in Massachusetts? Let us know in the comments! 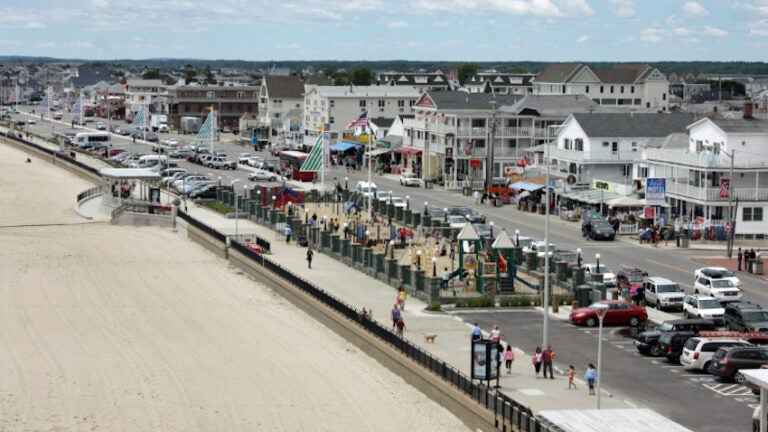 These New England boardwalks are worth a visit this summer