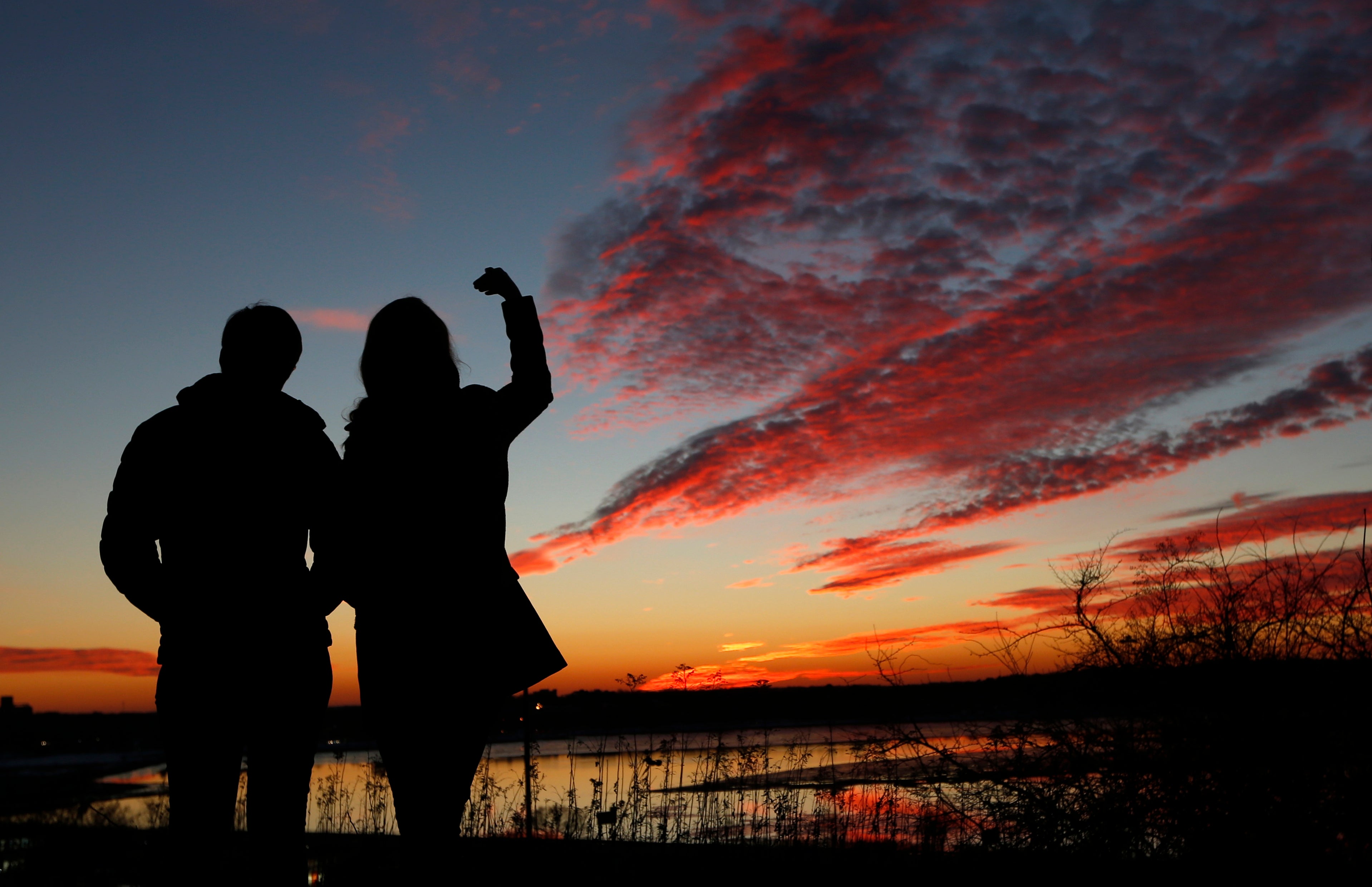 This could be you.

Boston is a romantic city—try arguing otherwise after strolling arm-in-arm through the Public Garden or eating at one of our world-class restaurants. But sometimes, no matter how much you love your town, you’ve just got to get out of Dodge.

To make planning your last-minute weekend away easier, here are five ideas for trips under four hours away from Boston by train or car, complete with suggestions for where to stay, where to eat, and what to do. 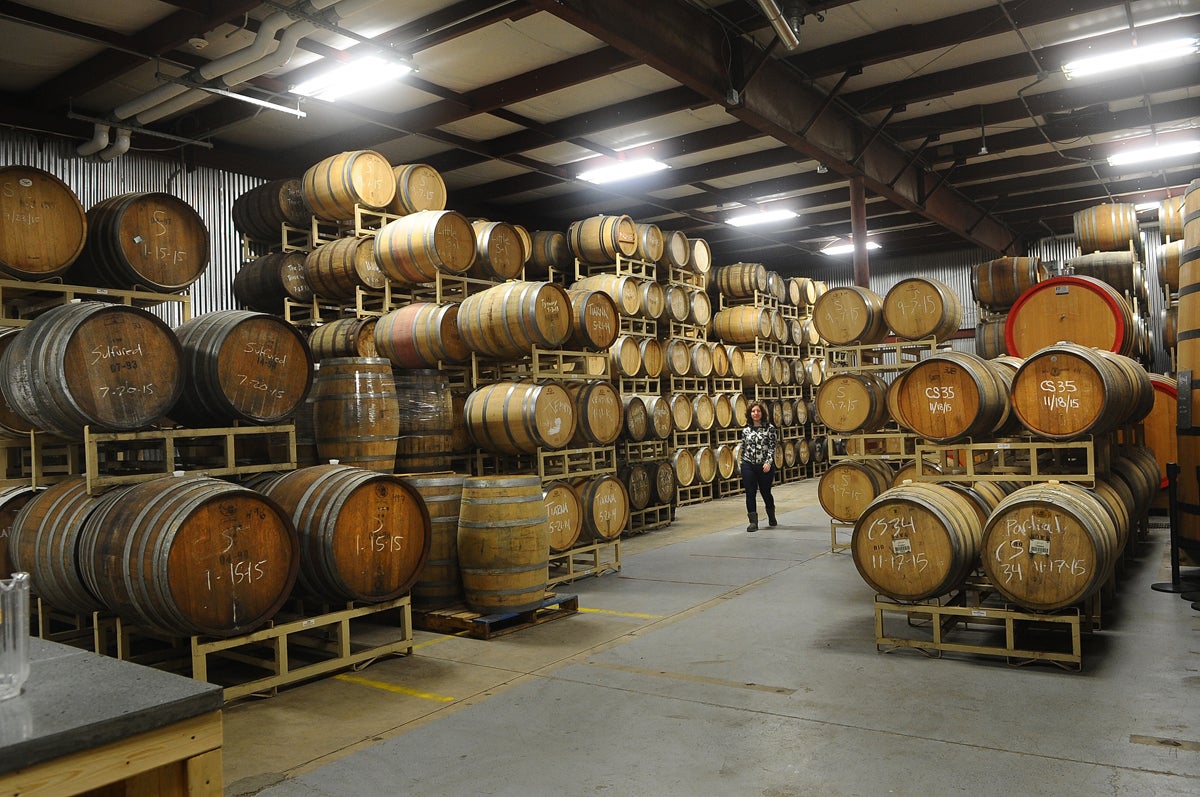 Check out the barrel room at Alagash Brewery in Portland.

There’s a Loretta Lynn song featuring Jack White where they sing, “Well, Portland, Oregon and sloe gin fizz, if that ain’t love, then tell me what is.’’ If you replace “Oregon’’ with “Maine,’’ this can be your weekend soundtrack when you either drive or take the train to what is arguably the most adorable city on the Eastern seaboard. When it comes to staying the night in Portland, many of the nicer hotels are already fully booked, but the app Hotel Tonight has something for everyone, namely great deals on nice places. The Airbnb options are plentiful, too.

Looking for something to do? The Portland Museum of Art currently has an N.C. Wyeth show up, and they’re also putting on a pop-up gift shop over Valentine’s Day weekend. For great shopping, head to the Old Port, and if you love craft beer, hop on board The Maine Brew Bus for a tour of local breweries (or just pick a few and go tour them yourself).

When it comes to dining, you won’t really go wrong—the restaurant scene is so hot up there these days that you’re going to get a pretty good meal no matter where you end up. But if you can get a reservation—or put your name on a waitlist—at the wildly popular Eventide Oyster Co., Hugo’s, Duck Fat, or Fore Street, definitely do so. And if you want to secure a reservation in advance without any ambiguity, here’s a list of spots that still have open reservations for Valentine’s Day. For brunch, check out Local 188 or Hot Suppa. 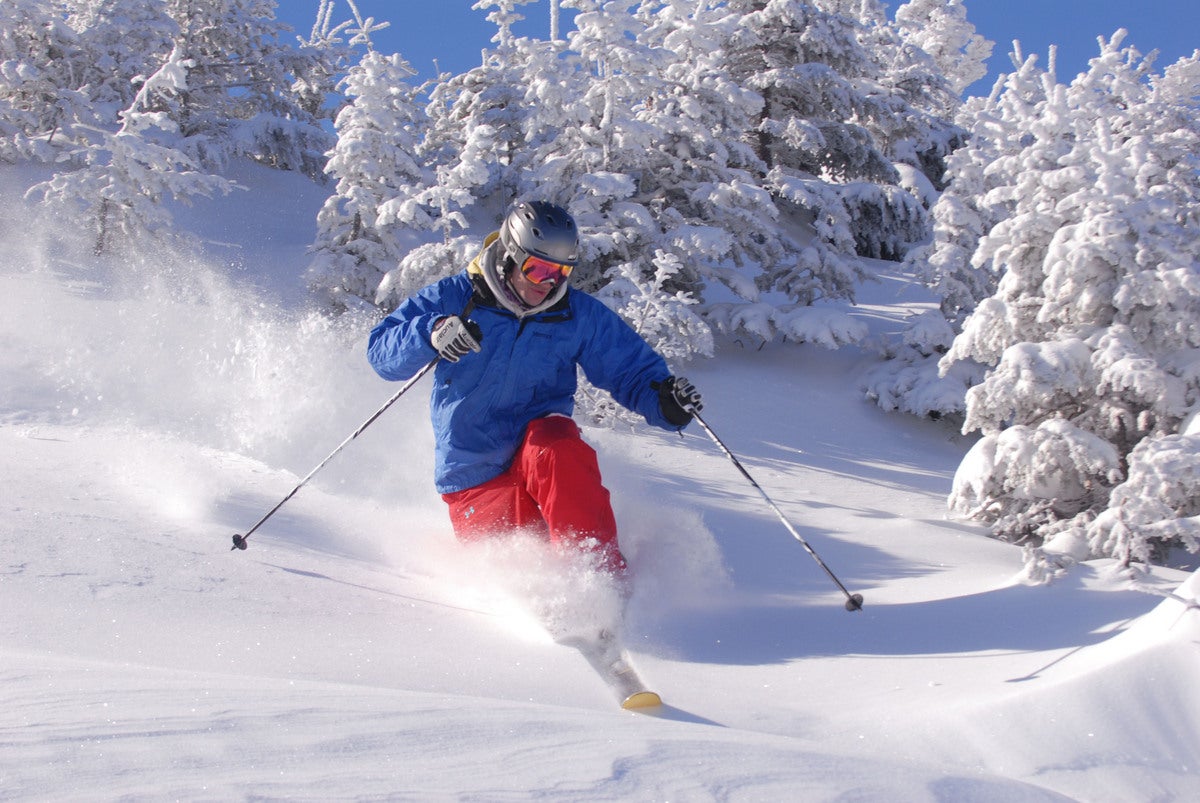 Hit the slopes at Sugarbush.

Even if you don’t ski, you can always après in Vermont

Load up your skis (or your furry boots and sweaters, if that’s more your speed), hop in a car, and head up to Sugarbush, Stowe, or Okemo. A lot of the hotels you’d want to shack up in are already booked, but here’s a list for Sugarbush, Stowe, and Okemo with which you’ll probably have some luck. And, as always, Airbnb is your friend.

If you’re heading to Sugarbush, may we suggest you grab a drink—or several—at Wünderbar? Their cocktails are A+. When it comes to Stowe, head to Harrison’s or Plate Restaurant for a great meal. Going up to Okemo? Make a reservation at Siena, or opt for an adventure and take a snowcat to Epic Restaurant for a five-course, fireside meal. 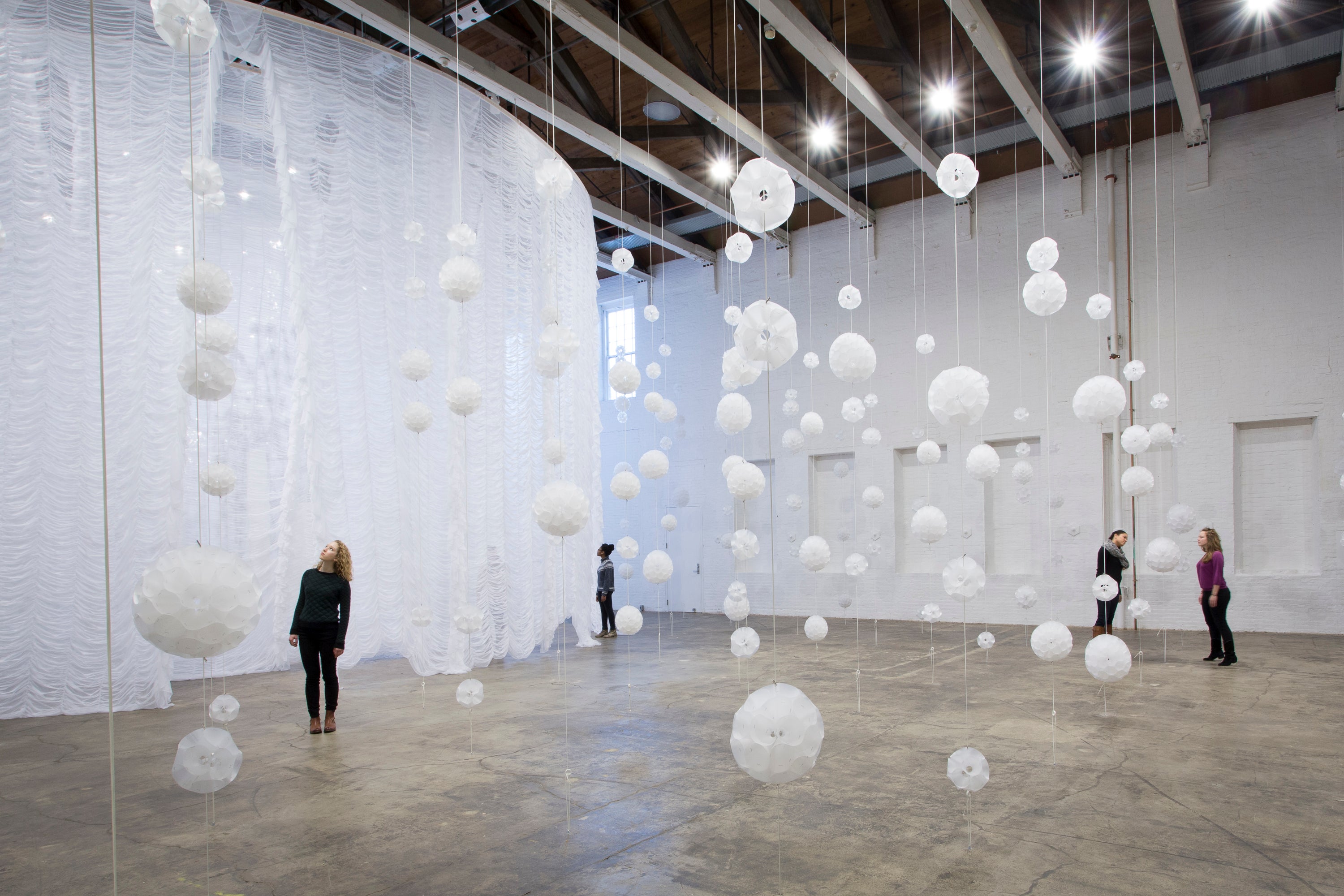 Get your art on in the Berkshires

The Airbnb options in the Berkshires are about as adorable as it gets, and this sweet cabin still has availability for Valentine’s Day. If bed & breakfasts are more your style, The Garden Gables Inn in Lenox is beautiful, romantic, and still has rooms left.

If you’re near MASS MoCA, be sure to check out the impressive modern art museum—you’ll get major points if you’re trying to impress your art-loving significant other. For extra goodwill, take them to the Angelique Kidjo concert the museum is putting on that Saturday night. And while Tanglewood, the outpost of the Boston Symphony Orchestra, only operates during the summer, you can still go walk around the wooded grounds in the off-season. 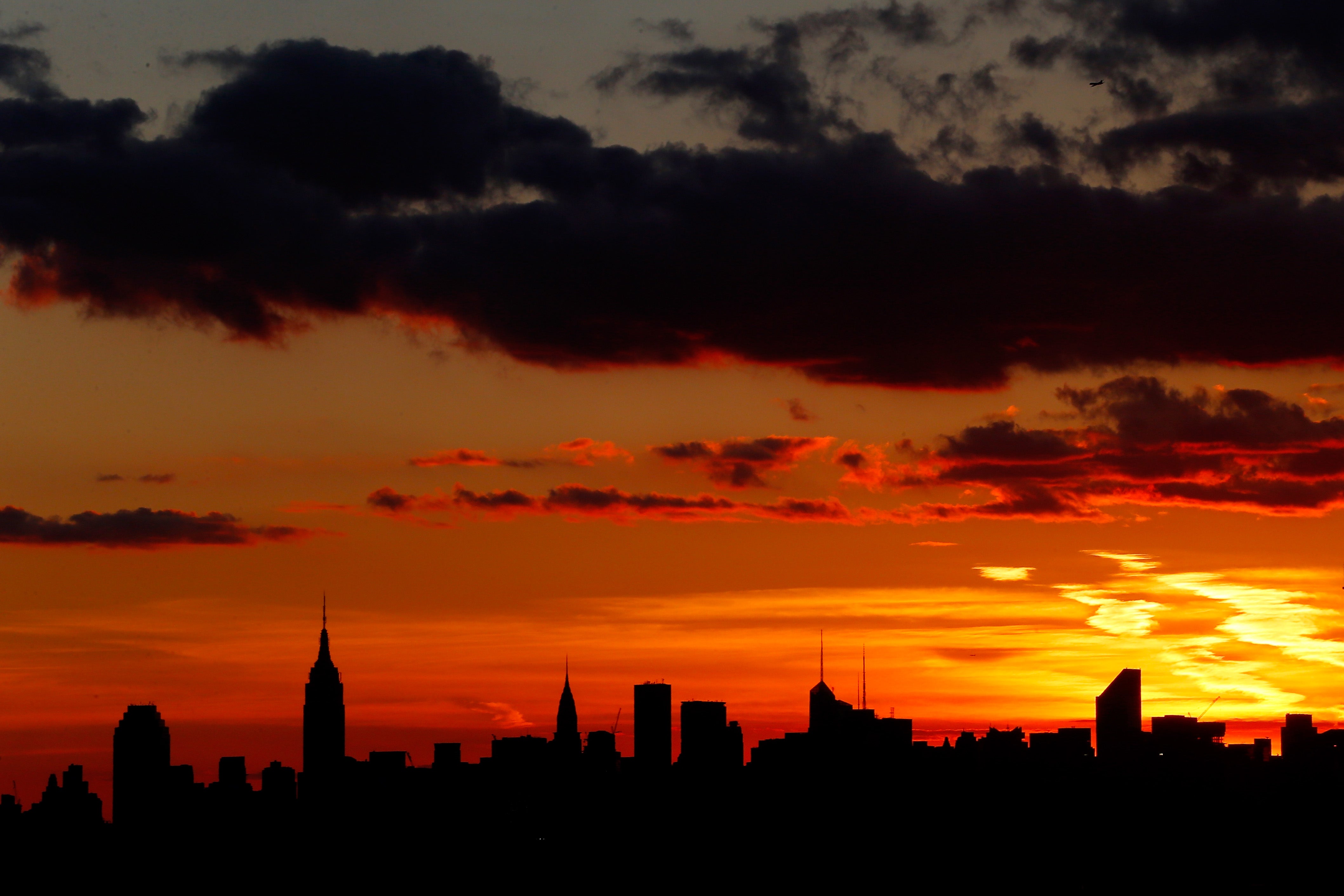 Maybe you’ll get lucky and witness a New York sunset like this one.

Welcome to New York, it’s been waiting for you

Make like Taylor Swift circa 2014 and head to big city, either by car, bus, or train . Given the seemingly endless options NYC offers for all budgets, it’s impossible to tell you where to stay, but Hotel Tonight should be helpful. Airbnb has great options in Brooklyn, Manhattan, and even Hoboken, if that’s what you’re into.

There’s a lot to do in New York, obviously, but here are a few good places to start: Check out a Broadway musical, or see what The Public Theater is showing. Walk The High Line and stroll around Central Park, then go to the Whitney, The Frick, MOMA, or The Met. The New York Public library is also a beautiful place to walk around, and they have a free exhibit up featuring female printmakers from 1570-1900. When it comes to eating, don’t risk a walk-in, particularly on Friday or Saturday night. Instead, lock it in with OpenTable, which has a list of some places with romantic deals and offerings you might enjoy. 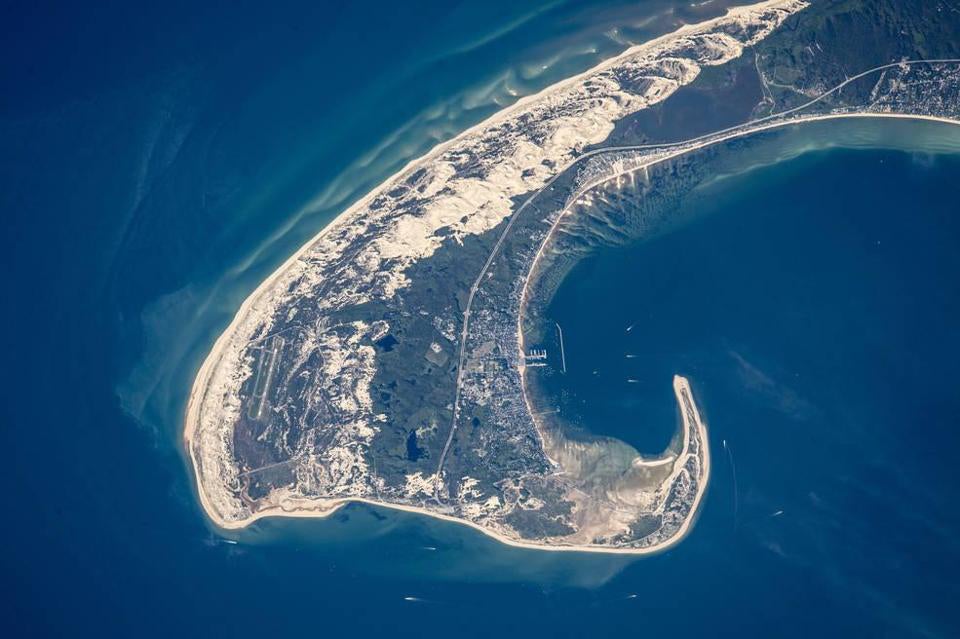 Who says the Cape is only for the summer?

There’s something magical about a snowy beach, and where better to find one than on our very own beautiful spit of sand that juts out into the Atlantic? This seaside Airbnb in Yarmouth would make a great place to spend the night, as would this adorable studio cottage in Chatham. If you do head to Chatham, Del Mar Bistro is a great place to eat, as is The Wild GooseTavern. If you venture all the way out to Provincetown, stay in this beautiful, all-white studio, and eat at Jimmy’s HideAway or The Red Inn Restaurant. 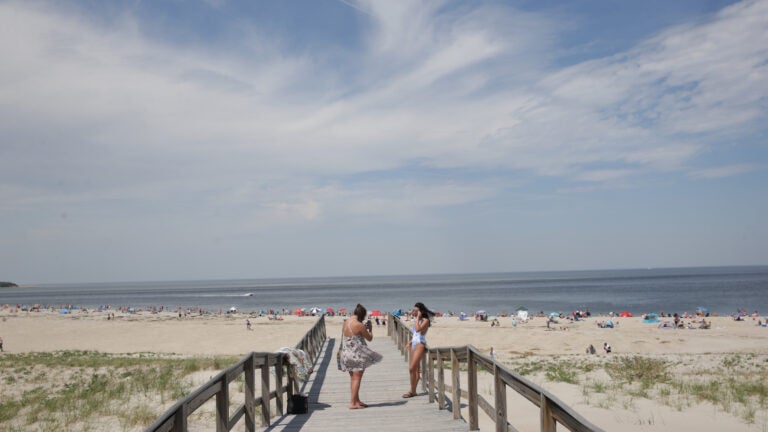