NORTH KINGSTOWN, R.I. (AP) — The image is among the most indelible of any American presidency: The commander-in-chief and first lady emerging with a wave from Air Force One.

Now, people outside the first family have a chance to recreate that shot, and get a behind-the-scenes peek at the world’s most famous Boeing 747. A new Air Force One replica, currently on display in Rhode Island until the end of October and headed next to New York, meticulously recreates many of the details inside the aircraft.

The Air Force One Experience is the brainchild of Ari Scharf, who says he hopes to inspire an appreciation for democracy, the right to vote and the United States.

“This is a great asset to let kids know America belongs to them. It’s a very, very sensitive time right now. There’s many people that feel they’re not included in this country,” Scharf said. “We have to do everything we can to get them engaged, to make them know their voice can be heard.” 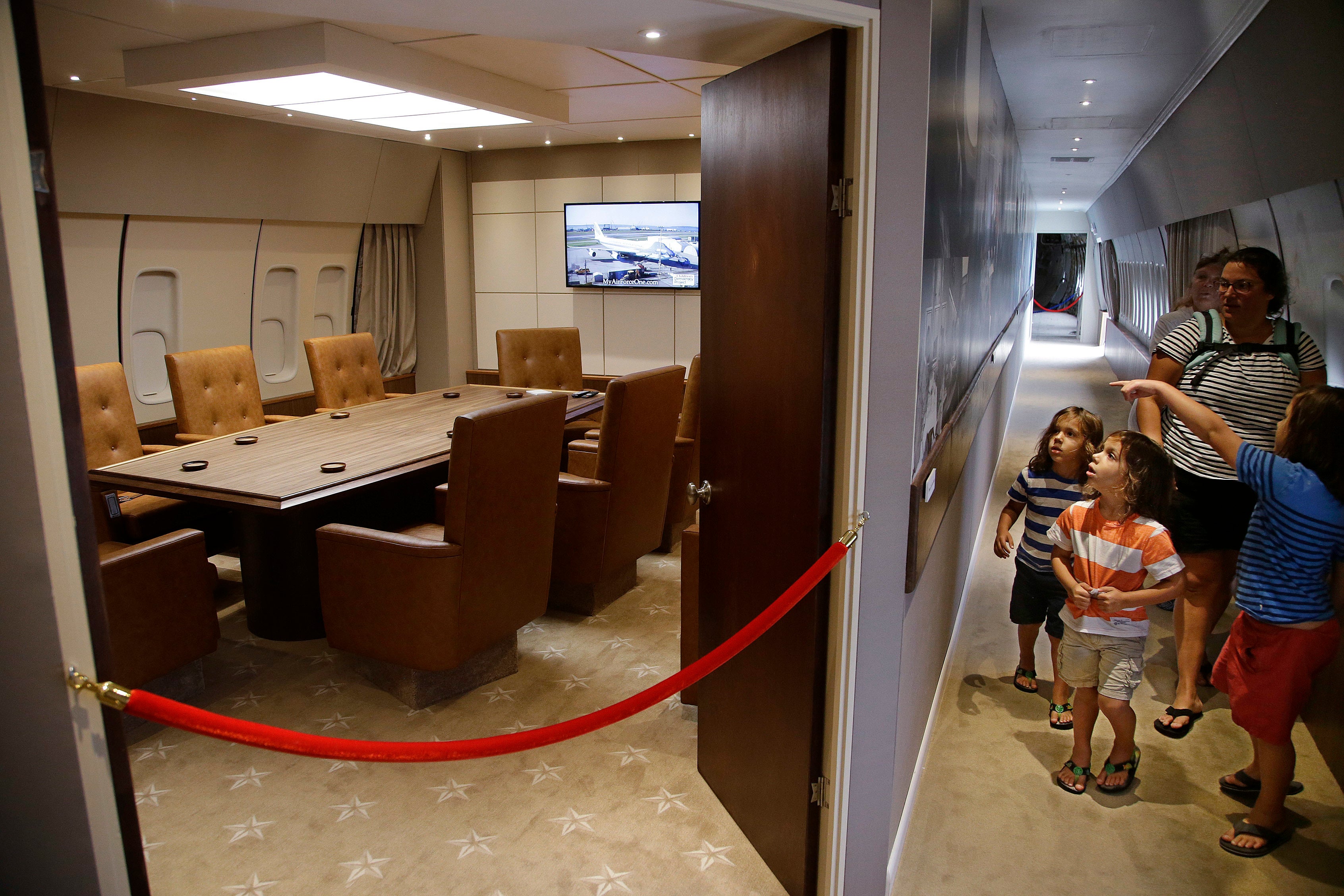 There are other ways to experience Air Force One: The Ronald Reagan Presidential Library in Simi Valley, California, for example, has an earlier, smaller Boeing 707 version on display. But Scharf said he wanted to recreate the current, 747 Air Force One, because it is a modern marvel that allows the president to travel within his own domain.

Inside the plane, visitors can peek inside the president’s bedroom, recreated here with two twin beds. They can imagine cabinet secretaries gathered in a conference room, or the president sitting at his desk. A small sitting area serves as a mobile medical clinic. The second floor of the plane, including the cockpit, is off-limits.

“We built this for kids, but we’re finding that adults are enjoying this as well. I didn’t expect to see all these adults coming without kids,” Scharf said. 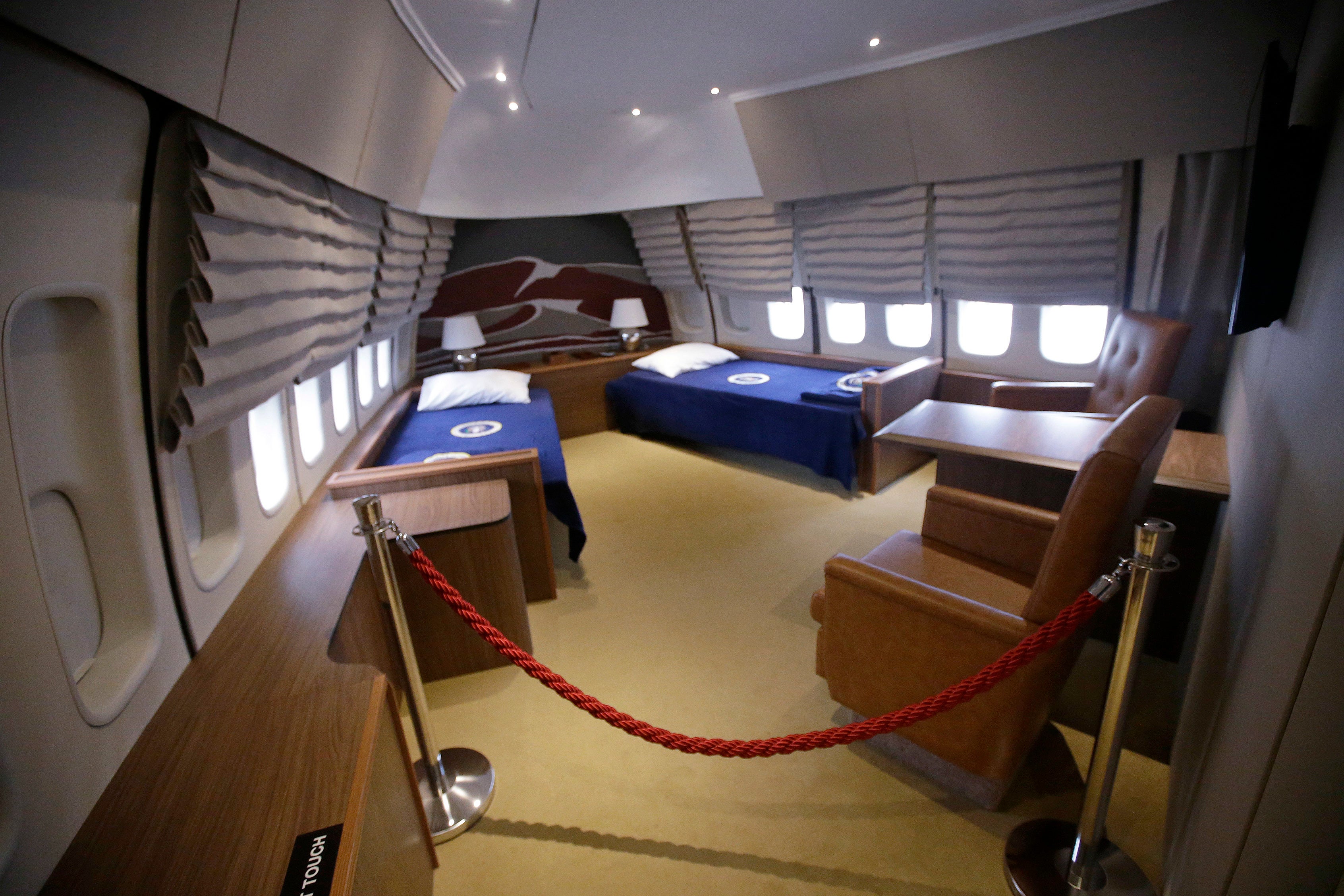 While the 747 is fully functional, and Scharf would not rule out flying it sometime, it is due to travel by barge to New York.

Still unfinished is the back of the airplane, in an area where the press sits on the real Air Force One. The replica will instead use the space for a learning center for school groups, Scharf said. The work should be finished before it opens in New York at a yet-to-be announced location next summer, Scharf said.

Only the president and his family are allowed through the front door of the real Air Force One. Perhaps that’s why the front door seemed to be the biggest attraction one recent day. Visitors snapped selfies of themselves and got each other to pose in front of the presidential seal.

“Your average person would never get the chance to do that,” Ken Martin, of Plymouth, England, said shortly after taking photos with his friends on the rolling staircase. 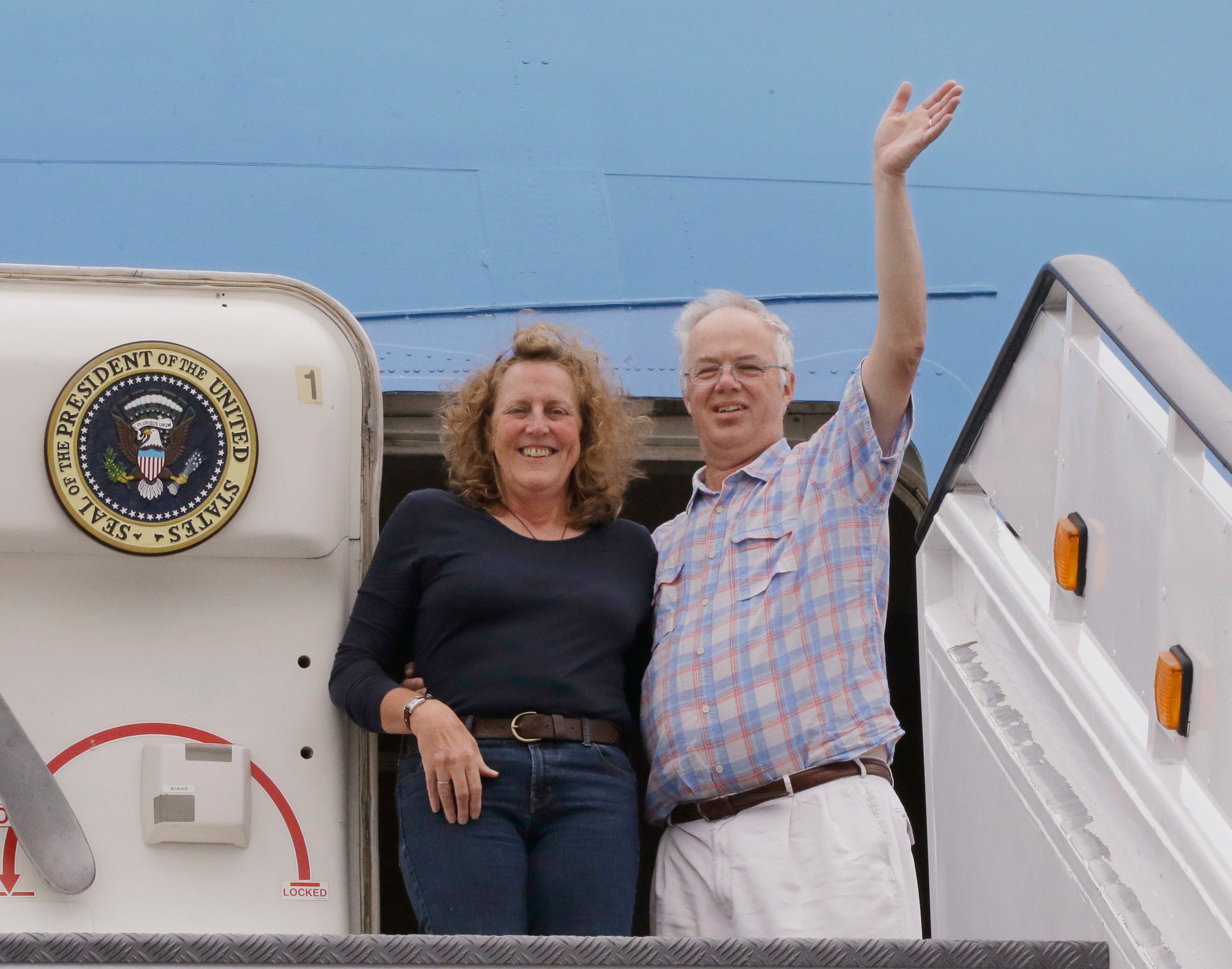 Christopher Jenkins waves while he stands with Julia Mord.

Alysia Palmisciano, of Moosup, Connecticut, came with her four children. She homeschools her oldest son, Riley, 6, and she used their visit as an opportunity to talk with him about the presidency and what it means.

“A lot of people never get this close to Air Force One,” she said. “It’s pretty cool.” 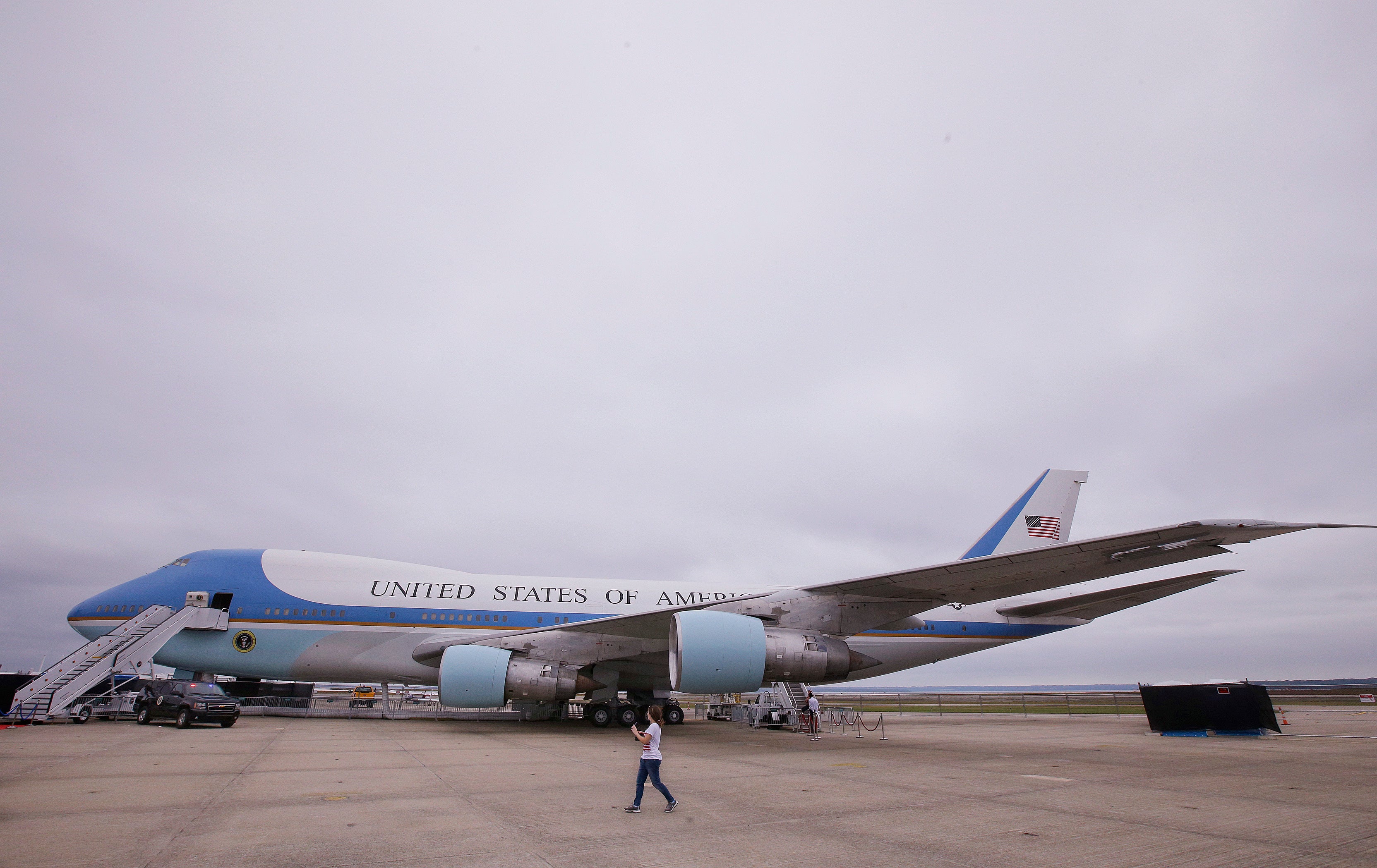 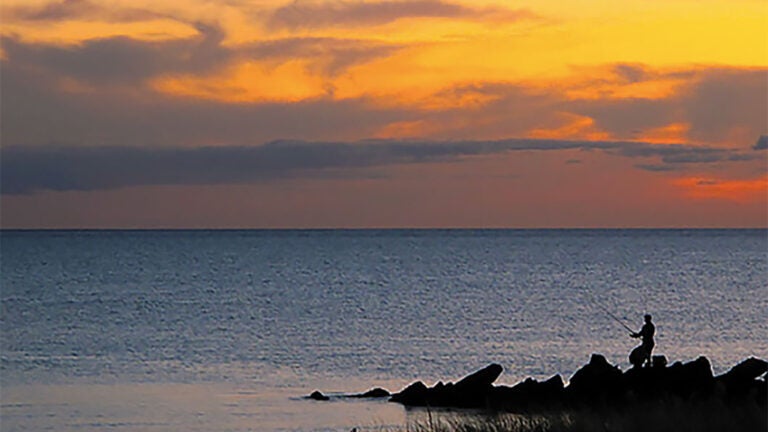