Arte Johnson, a puckish, Emmy-winning performer on “Rowan & Martin’s Laugh-In” best remembered as Wolfgang, the World War II German soldier who spies on the show’s skits from behind potted plants and finds its gags “very interesting,” if sometimes “shtupid,” died Wednesday at a hospital in Los Angeles. He was 90.

He died after a three-year battle with bladder and prostate cancer, his family said in a statement.

Johnson had appeared in New York theater productions and on television shows including “Alfred Hitchcock Presents,” “The Twilight Zone” and “The Andy Griffith Show” before his breakthrough in “Laugh-In,” where he received three Emmy nominations and won one, in 1969. His pratfalls, outlandish accents and ad-libbed double entendres made him a mainstay of the fast-paced and irreverent variety show, which premiered on NBC in January 1968 and ran for six seasons. 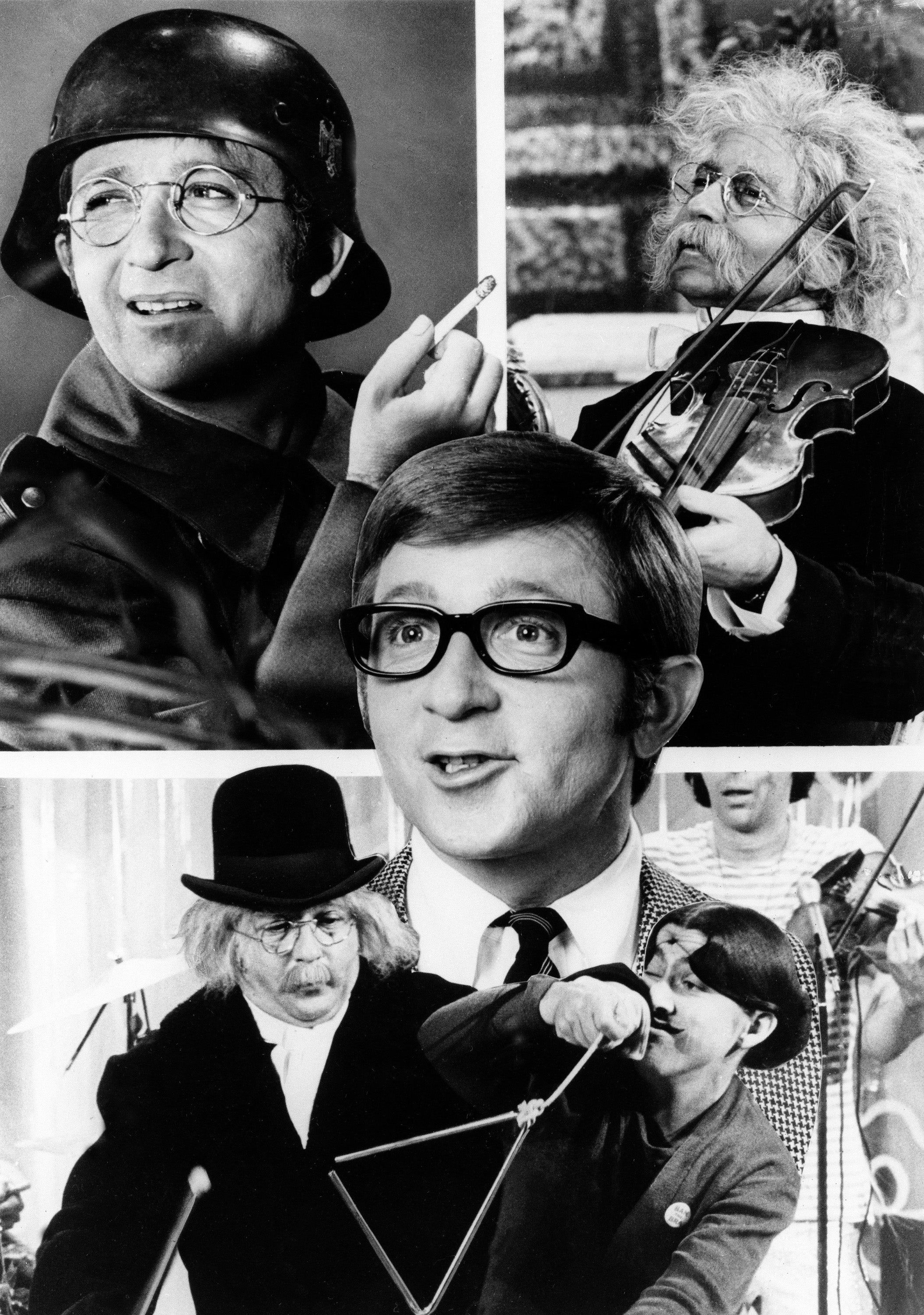 The many faces of comic actor Arte Johnson of “Rowan and Martin’s Laugh-In”.

Hosted by comics Dan Rowan and Dick Martin, the program launched the careers of Goldie Hawn and Lily Tomlin, among others, and helped pave the way for shows such as “Saturday Night Live,” created and produced by “Laugh-In” writer Lorne Michaels.

Its speed alone – too fast for the censors to catch the jokes, it seemed – was groundbreaking, and its go-go dancers, young stars, and bawdy lines like “Bet your sweet bippy” helped make it a defining program of the Vietnam War era, so popular that then-candidate Richard Nixon made a guest appearance in 1968 to deliver the catchphrase “Sock it to me.”

Johnson, a bespectacled Midwesterner who stood 5-foot-4, was among the series’ most versatile and beloved performers, embodying a parade of characters he had long workshopped at parties, college theater productions, on the radio and in commercials.

His helmeted, Teutonic-voiced Wolfgang would comment on previous sketches while lurking next to a potted palm and sometimes broke the fourth wall by bidding good-night to Lucille Ball, whose sitcom “Here’s Lucy” aired opposite “Laugh-In” on CBS.

“A lot of people still connected to World War II back then,” Johnson told the Los Angeles Times in 1993, “and the German character became part of me. He was a leprechaun who had no function, except to watch.”

Johnson also played Piotr Rosmenko, a Soviet refugee with slicked-back hair; Rabbi Shankar, a Nehru-jacket-clad peacenik who dispenses bad puns; and a nameless man in a yellow raincoat who repeatedly falls off a tricycle. 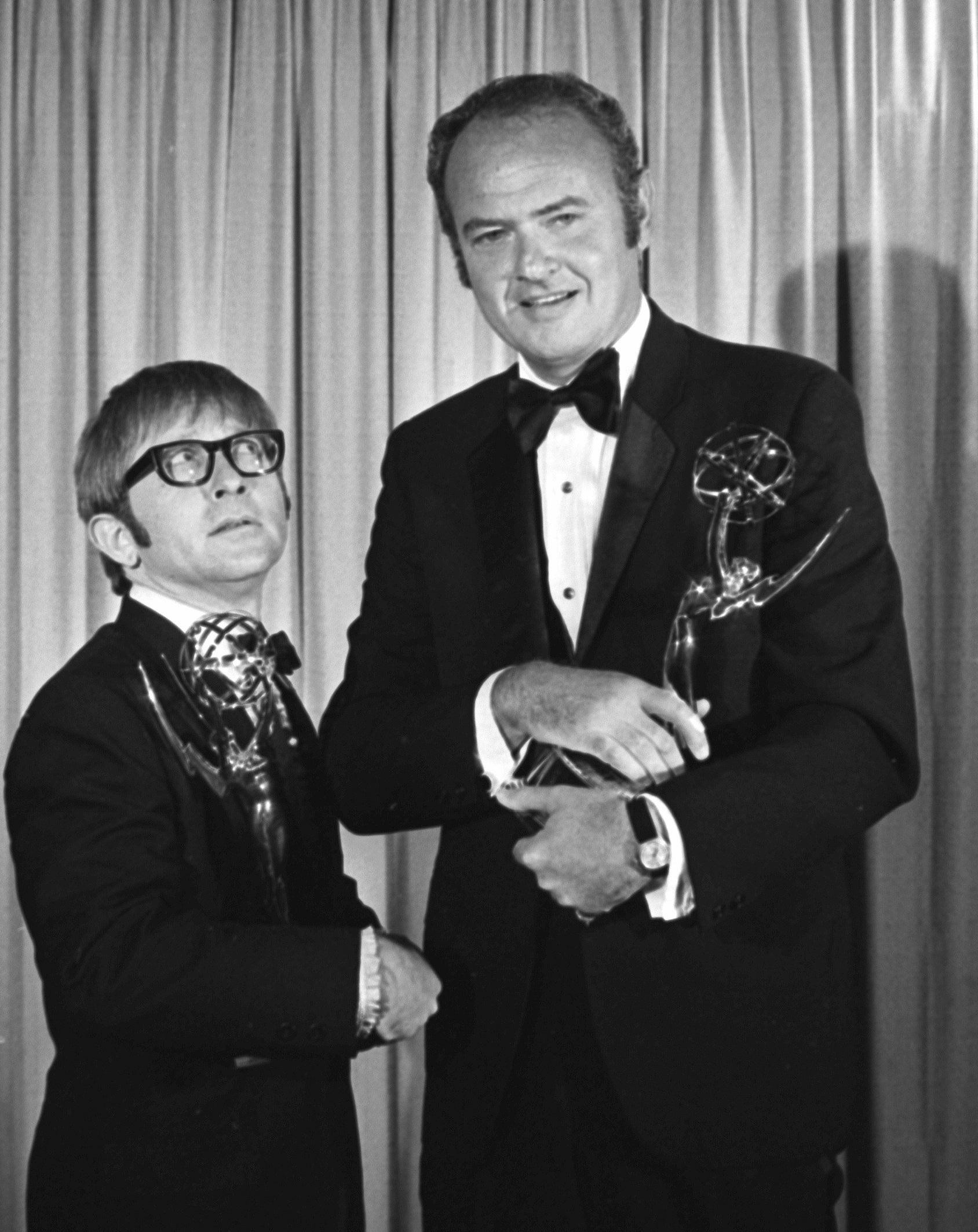 In this June 8, 1969 file photo, Harvey Korman, right, of “The Carol Burnett Show,” and Arte Johnson, of “Rowan and Martin’s Laugh-In,” each hold their Emmys for Outstanding Individual Achievements for a Variety Performance at the Emmy Awards in Los Angeles.

Aside from Wolfgang, he was perhaps best remembered as Tyrone F. Horneigh (pronounced “horn-eye,” to the relief of censors), an elderly man who insistently propositions Ruth Buzzi’s hair-netted spinster character, Gladys Ormphby. Johnson’s single and double entendres were usually met with silent rage from Buzzi, who beat him with her oversized purse. The characters eventually married on air and were featured in a 1977 animated children’s show, “Baggy Pants & the Nitwits.”

Johnson headlined a 1971 comedy special, “Ver-r-r-ry Interesting,” which also featured Bing Crosby; played Dracula’s faithful assistant Renfield in a 1979 horror spoof, “Love at First Bite,” opposite George Hamilton; and hit the game-show circuit. But he struggled to find dramatic parts and supported himself for a time with a job at a men’s clothing store in Beverly Hills.

“I got caught in my own trap,” he told the Los Angeles Daily News in 1987, describing “Laugh-In” as a mixed blessing. “I got total recognition predicated on those characters, and people had no idea I could do anything beyond one line at a time. There was a period when I was regularly replacing (the on-air personality) on KABC talk radio. I had friends come up to me and say, ‘Gee – I didn’t realize you were that intelligent.’ That was a little disconcerting.

“Comedy comes to me instinctively,” he continued. “Playing the other roles is my greatest challenge. I’d like to play psychotic killers. I want to spew out venom.”

The son of a lawyer, Arthur Stanton Eric Johnson was born in Benton Harbor, Michigan, on Jan. 20, 1929. He studied journalism at the University of Illinois, receiving a bachelor’s degree in 1949, and unsuccessfully pursued an advertising career in Chicago before working at the book publisher Viking in New York.

Johnson appeared in the stage version of “Gentlemen Prefer Blondes” and “No Time for Sergeants,” and he had supporting roles in the short-lived NBC sitcom “Sally” and in the 1960 film adaptation of Jack Kerouac’s novel “The Subterraneans.”

He also appeared in the 1967 satire “The President’s Analyst” and said he landed on “Laugh-In” with help from a mutual friend of creator-producer George Schlatter, who knew his comedy act in New York.

“I was always a reactive performer,” Johnson said in a 2005 interview for the American Comedy Archives at Emerson College, describing his style. “You set me up in a pattern, and I’ll react to it. . . . I cannot be the No. 1. I guess I was born to be a second banana. And I had no reluctance in doing it. I loved it.”

He was later featured on “The Love Boat”; did voice-overs for animated shows such as “DuckTales,” “The Smurfs” and “Animaniacs”; appeared in a 1997 Broadway revival of “Candide”; and recorded more than 80 audiobooks, according to his family.

Survivors include his wife of 51 years, the former Gisela Busch, and a brother, television writer Coslough Johnson, who also won an Emmy for “Laugh-In.”

Johnson often joked that while he was best known for his “very interesting” Wolfgang character, the only German he ever knew was his wife. The character’s catchphrase was purportedly inspired by an interrogation scene in the 1942 Errol Flynn film “Desperate Journey,” set in World War II.

“I couldn’t believe that two words, a total non sequitur, would have that kind of impact,” he told the Los Angeles Times. “All the time, even today, people ask me to say those words.” Eventually, he developed a standard response: “Sir, you just keep saying that and some day I’ll be able to buy a Renoir.” 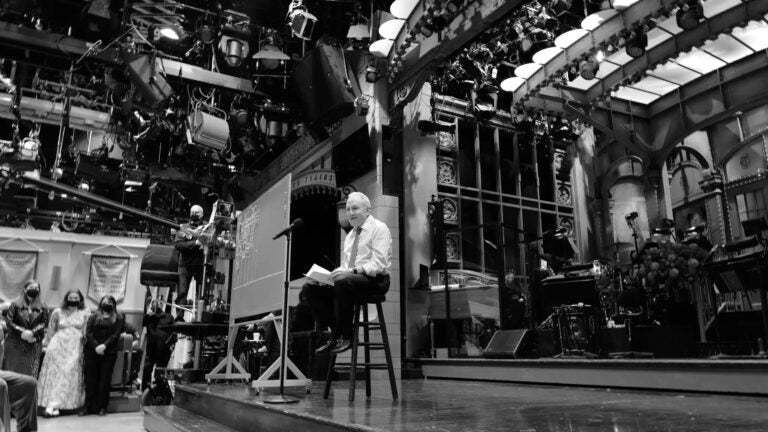