Congresswoman-elect Alexandria Ocasio-Cortez on Wednesday reached back into the early 2000s musical archives, tweeting a reference to a 16-year-old hit from pop icon Jennifer Lopez.

Ocasio-Cortez, a 29-year-old rising star in the Democratic Party and Boston University alum, posted a photo of the new plaque outside her congressional office that bears the rookie lawmaker’s name and home state of New York, where she pulled off a stunning primary upset en route to a general election victory in November.

“Don’t be fooled by the plaques that we got,’’ Ocasio-Cortez wrote above the photo of the plaque. “I’m still / I’m still Alex from the Bronx.’’

Listeners of a certain age will note the message bears a striking resemblance to the refrain of J.Lo’s 2002 smash “Jenny from the Block,’’ in which the singer proclaims, “Don’t be fooled by the rocks that I got/I’m still, I’m still Jenny from the Block.’’

? Don’t be fooled by the plaques that we got, I’m still / I’m still Alex from the Bronx ? pic.twitter.com/eO68AGxn2z

By early Wednesday afternoon, some 43,000 people had liked Ocasio-Cortez’s homage to Lopez, a Bronx native whose studio release “Second Act’’ is currently playing in theaters nationwide.

Lopez hadn’t responded publicly to Ocasio-Cortez’s tweet as of 1 p.m. Wednesday, following a string of retweets the singer put out the day before from fans posting rave reviews of her new movie.

Earlier this month, Ocasio-Cortez returned to Massachusetts for an orientation program for new members of Congress at Harvard’s Kennedy School of Government and joined a pre-event demonstration for universal health care and climate change legislation.

“We need to shake this nation awake,’’ Ocasio-Cortez said during the protest.

Days later, she was criticized on social media by Curt Schilling, the former Red Sox hurler and outspoken conservative. 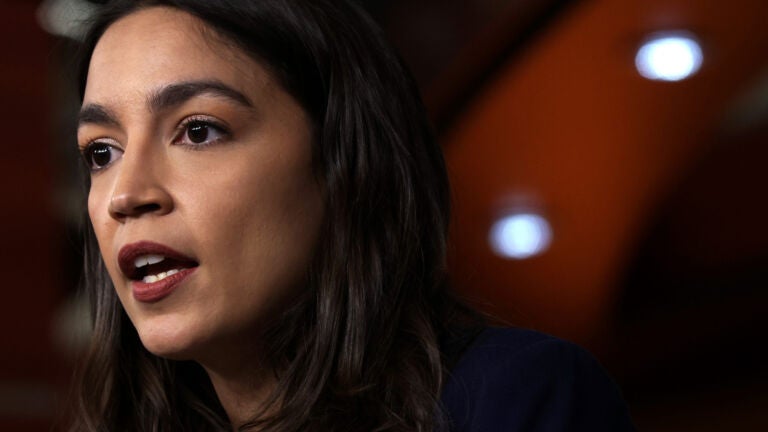