A Canadian journalist named Maryanne Firth thought she was just doing her job as an intrepid reporter when she launched an investigation into a series of ambiguous heart signs popping up all over Welland, Ontario. The Welland Tribune reporter began writing about the signs in early May, launching a social media campaign using hashtag #WellandHearts, asking locals to send tips about their purpose to her Twitter account.

But little did she know — she was investigating her own surprise wedding proposal.

In her initial story on the signs, Firth wrote:

Several weeks ago, signs began popping up on boulevards throughout the Rose City. The plywood squares, each painted white with a large bright pink heart, appeared carefully staked in the ground on a number of busy roads.

They’ve become the talk of the community, with people questioning their meaning and origin. Some believe it’s a way to spread love through the city, others question whether it’s a business or election ploy.

Firth interviewed locals who guessed that they may be part of a public art installation, but she concluded, regardless of their intent, they “seem to be deliver a positive message.’’ According to the Welland Tribune, the signs continued to pop up around town and were later joined by new signs announcing a happening at a local park that Sunday at 3 p.m.

When Firth attended, waiting was her boyfriend of eight years, Ryan St. Denis, wearing “a suit with a box over his head’’ (note: terrifying) and holding an engagement ring. And yes, the box costume had “a signature pink heart painted on it.’’

He proposed. She said yes.

St. Denis said the proposal was two years in the making, and he was able to paint the signs (there were many) in the garage, “a place Firth seldom visits.’’ And naturally, he enjoyed the frustration his fiance-to-be went through while attempting to report on the signs’ mysterious nature.

Firth told him: “Those little buggers they’re teasing us. They’re taunting us. They know we can’t catch them.’’ 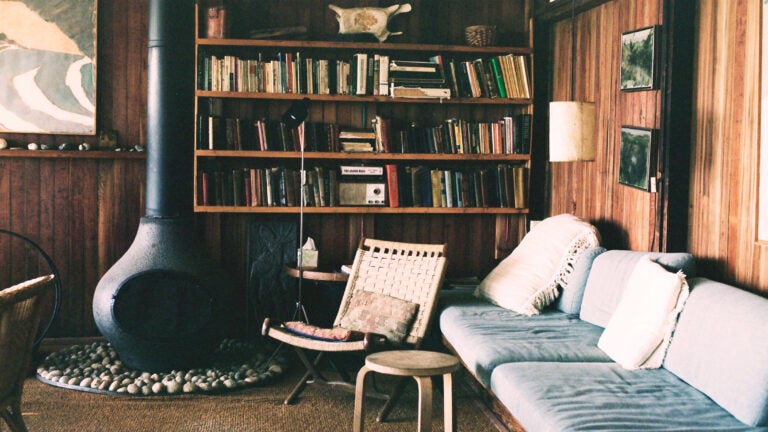