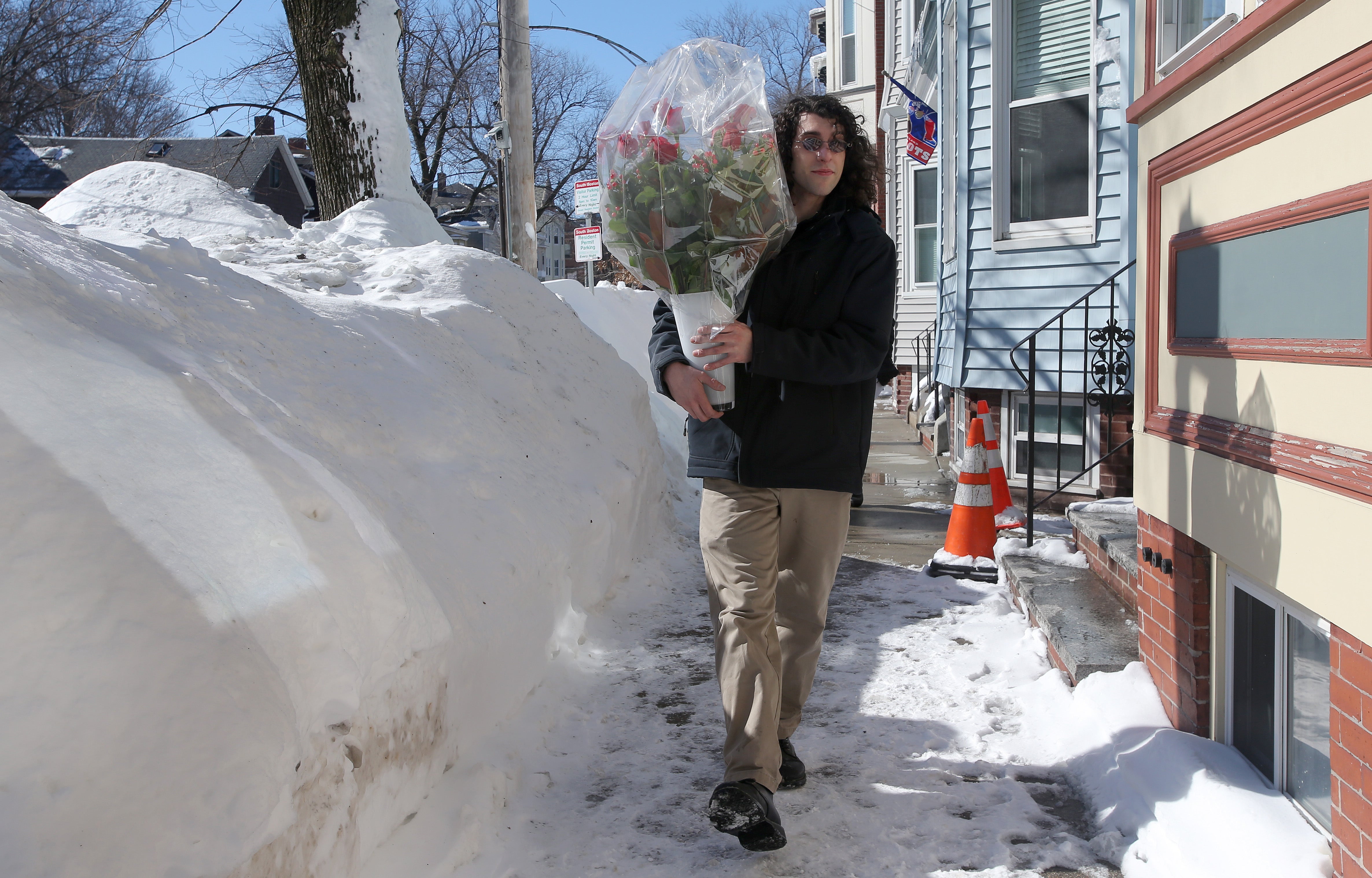 Are you a single Bostonian with a smartphone and a belief that true love is just a swipe away? If so, you’re probably going to be spending more time than usual on your dating app of choice during the moderate snowstorm set to hit Boston early Friday morning.

According to Hinge, OkCupid, Match.com, and Bumble, winter usage is significantly higher than it is during any of the warmer (less soul-crushing?) seasons. Apparently darkness and cold can really make people yearn for some human contact—or at least to trade messages with strangers through their phones.

What’s the appeal? Someone to keep you warm, for starters.

The amount people who use dating apps practically goes through the roof when bad weather hits: Last year during Juno—the first of the many terrible snowstorms that pounded Massachusetts—people on the East Coast used Hinge 47 percent more than they normally do. OkCupid, Match.com, and Bumble also reported spikes during storms. 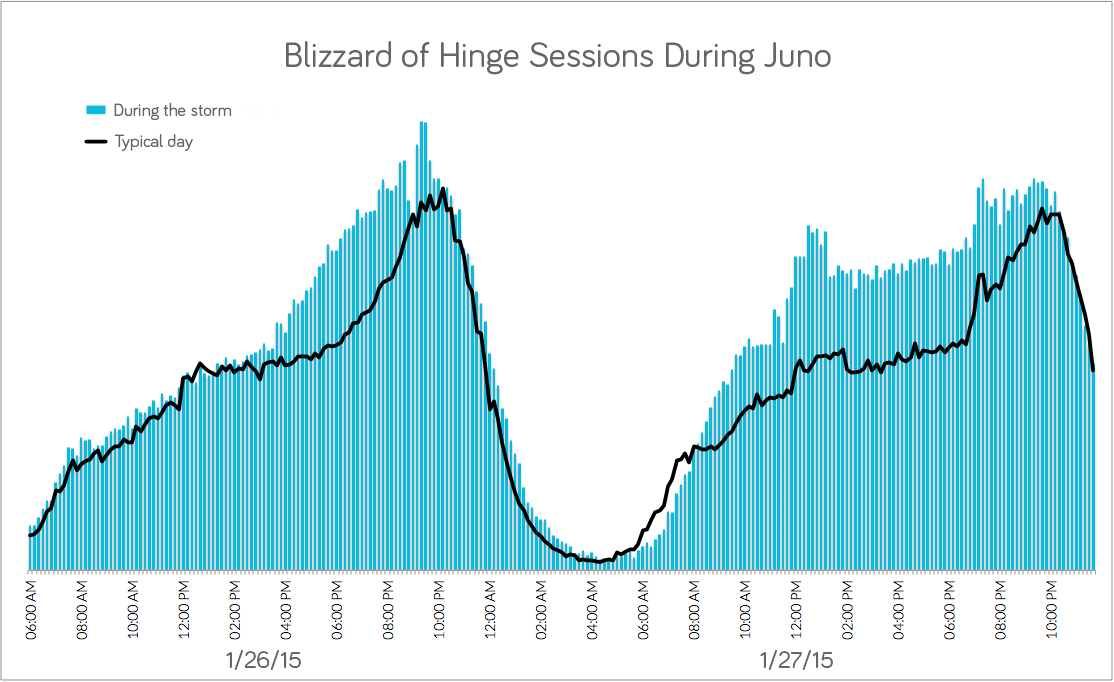 In the days leading up to the storm, usage on Hinge went up by 27 percent. Which most likely means that enterprising daters were trying to line up someone to Netflix and chill with before they got stuck in their homes.

Match.com said that they saw a 20-35 percent increase in communication on the site across the state of Massachusetts during the biggest snow storms last year. Bumble sees activity go up by 20-40 percent during a storm, and the amount of matches double. Lauren O’Reilly, OkCupid’s director of marketing, said average user activity goes up by about five to 10 percent when a storm hits.

“This isn’t something isolated to the Boston area, but is true of the entire site,’’ said O’Reilly. “Our biggest months of usage are January and February.’’

That makes sense—lots of people search for winter girlfriends or boyfriends, a fact Hinge’s data corroborates. Through a survey of more than 1,000 of their active monthly users, the company found that women are 15 percent more likely to want a relationship in the winter than during any other season. The male population’s desire to lock someone down, however, only increases in the winter by five percent.

Hinge also found that women’s intentions vary 50 percent less than men’s. Which, simply put, means that women are more sure of what they want in general, while men’s desires for relationships vary more by season.

So have hope, and fire up the apps, all ye romantics. Your winter significant other could be just a swipe—and a blanket and a hot chocolate or bourbon—away. 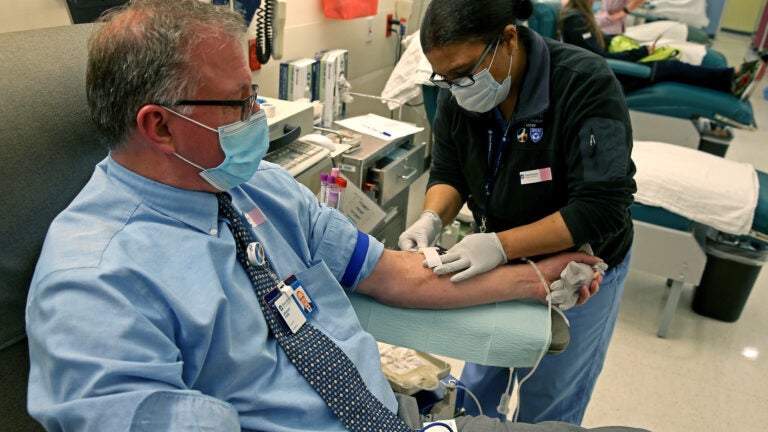 Brigham devises plan for if it's affected by ongoing blood shortage