All three northern New England states were open for skiing and riding this Sunday November 9. Bretton Woods and Wildcat opened for their first day of skiing Sunday, both offered free for their inaugural ski day – at Bretton Woods skiers and riders needed to donate a non-perishable food item for their free ski ticket. Wildcat opened with top to bottom skiing on the Lynx trail serviced by the high speed quad. Bretton Woods opened Sunday from 12-4 with limited skiing, and plans to re-open Thursday November 13. Wildcat plans to re-open Friday.

In Maine, Sunday River is open with top to bottom skiing on 19 acres, and Sugarloaf joined in and opened for its first day of the season Sunday November 9 with skiing on the Superquad to Upper Kinds Landing to Tote Road. Sugarloaf is closed this midweek with plans to re-open next weekend, weather and snowmaking permitting.

In Vermont, Killington has been open for a week, since Monday, with 13 acres of skiing and riding off the K1 Gondola, and the North Ridge Triple, still downloading at the end of the day. 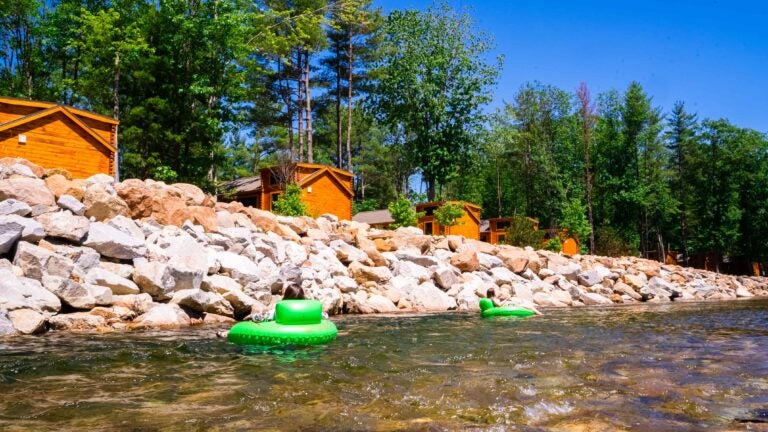 Massive water park to open at N.H. campground this season