The article that made serial scammer Anna Sorokin, aka Anna Delvey, famous, published in New York magazine in May 2018, succeeded because of what it didn’t have.

Despite the extensive reporting done by its author, Jessica Pressler, the most arresting thing about it was a sense of unknowability. Its portrait of the habits of certain moneyed New Yorkers was vivid, but their emotions and motivations remained mostly hidden; readers were left to draw their own conclusions about the roots of Sorokin’s remorseless financial manipulations, and of her many victims’ shocking gullibility. The piece was breezy on the surface, but it had an essential extremity, or brutality — an inhumanity that gave it an electric charge.

The article blew up, to the extent that it was optioned by one of television’s top players, Shonda Rhimes, and turned into a dramatized miniseries, “Inventing Anna,” the first show Rhimes has created herself under her deal with Netflix. “Mini” is a misnomer: It includes nine episodes that total over nine hours.

And between that time commitment, our expectations for a high-profile Netflix drama and Rhimes’ preferred style — elevated melodrama mixed with mystery and a dash of social satire — a lot of new things had to be thrown in. These include a story arc to make conventional episodic drama out of a stew of contingent and chaotic events, as well as some new, perhaps invented plot elements to add humor and suspense.

There are also some lessons, which are unstated but hard to miss because you’ve seen them so many times before: Everyone uses everyone else, especially journalists and lawyers; a con artist succeeds by making herself whatever her marks want her to be; and flattery and the appearance of wealth will get you everywhere, or at least agonizingly close.

If you are getting the idea that these additions are not for the better, you’re right. Pressler’s article was like a speeding car, a thrill ride that kept your pulse up right until it went off a cliff. “Inventing Anna” is a long, pokey road trip with no GPS. All of Pressler’s most colorful anecdotes and appalling details have been squeezed in, sometimes tweaked to fit better within what is now a fictional narrative. But the thrill is gone.

The primary structural idea is the introduction of a magazine journalist clearly meant to be Pressler but named Vivian Kent (and played by Anna Chlumsky of “Veep”). It is one of the few name changes among the major characters, even though Pressler is a producer of the series. It makes sense when you see Vivian in action: exerting pressure to keep the newly notorious Anna (Julia Garner of “Ozark”) from taking a plea deal because it would hurt the article; threatening to publish a source’s name to force them to talk; letting other writers do her research for her.

The meaty and more familiar parts of Anna’s story — passing as a German heiress, ripping off tony hotels, brazenly exploiting narcissistic machers and starstruck working women — are told in flashback as Vivian reports her article. In the show’s present, plotlines appear that may or may not have a basis in real life. (My knowledge of the case is largely limited to the original article.)

Vivian is pregnant and struggles to complete the piece before giving birth. She is helped along by a trio of sidelined older writers, who adopt the piece as their own and seem to be able to devote all their time to it. Vivian is also out to atone for a professional scandal that taints her career, a subplot that has a direct connection to Pressler’s life. (In 2014, one of her New York magazine articles described a teenage stock whiz whose story was revealed to have been a hoax.) In the show, Vivian gets to place the blame on a shifty male editor.

That reflects another of the show’s lessons, which has to do with the impediments to women’s success: Both Anna and Vivian are at war with the patriarchy, whether it comes in the form of smarmy bankers and lawyers or of starchy newsroom managers. Rhimes wants us to see Anna as both sociopath and victim, in a balance that remains uncertain but that pulls the show’s tone toward sentimentality in later episodes.

Garner has the unenviable task of generating sympathy for Anna despite the grifter’s frequently harsh and off-putting behavior; she is touching during the character’s flashes of vulnerability, but her grating European accent and the flat affect she generally employs don’t offer us much. Chlumsky is technically fine but doesn’t find a way to make Vivian very engaging either; the role, pitched toward anger and panic, doesn’t capitalize on her talent for satirical comedy.

Some performers fare better in smaller roles, including Alexis Floyd as a hotel concierge and Anthony Edwards as a lawyer, both devoted to Anna. Best of all — and the show’s one consistent pleasure — is the deft comic trio of Terry Kinney, Jeff Perry and Anna Deavere Smith as veteran reporters who come to Vivian’s aid.

Episodes of “Inventing Anna” open with a device borrowed from “Fargo,” a title reading: “This whole story is completely true. Except for all the parts that are totally made up.” It’s too bad that the invented parts have the effect of turning Anna Sorokin from an unsettling mystery into a character we can identify with and begin to sympathize with. She gets less interesting in direct proportion to how recognizably, and conventionally, human she gets. 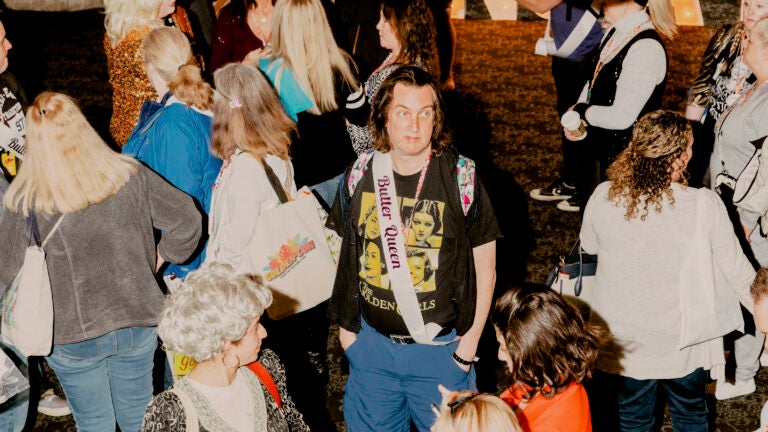