Horror maestro Jordan Peele (“Get Out,” “Us”) once again thrilled audiences this summer with “Nope,” perhaps his most experimental and narratively inventive film to date. Re-teaming the “Key & Peele” funnyman with “Get Out” star Daniel Kaluuya, “Nope” stars Kaluuya and Keke Palmer (“Hustlers”) as two siblings who have inherited a horse training company that serves Hollywood film projects. When an extraterrestrial presence shows up at their ranch, the duo attempt to capture the phenomenon on film. That’s the straightforward plot, but “Nope” has a lot more going on beneath the surface, including a fascinating subplot involving a child star turned theme park owner (Steven Yeun, “Minari”). “Nope” dishes out plenty of thrills, and will rattle around in your brain long after the credits have rolled.

How to watch: “Nope” is streaming on Peacock.

In the opening scene of “Spirited,” Apple TV+’s contemporary, PG-13, musical take on Charles Dickens’s “A Christmas Carol,” the Ghost of Christmas Present (Will Ferrell) lays out exactly what audiences are about to see over the next two hours: “We haunt someone, change them into a better person, and then we sing about it.” This year’s Scrooge-like figure that Ferrell and co. must redeem is a doozy: Clint Briggs (Ryan Reynolds), a public relations CEO living in New York City who fights dirty, fomenting negativity and tribalism to further his client’s goals. (Local audiences may recognize that the movie’s NYC is actually Boston, where “Spirited” was filmed in 2021.) Featuring genuinely fantastic musical numbers by Benj Pasek and Justin Paul (“La La Land”), “Spirited” has a lot going for it. Its only major drawback is a pervasive self-referential humor that dims the Christmas magic a bit. But there are enough belly laughs from Ferrell and Reynolds and creative tweaks on the Dickensian formula that make “Spirited” an enjoyable addition to the holiday movie compendium. (If you want to know more, read our full “Spirited” review here.)

How to watch: “Spirited” is streaming on Apple TV+.

Name a more iconic duo than Florence Pugh and Victorian-era garb. I’ll wait. The Oscar-nominated actress (“Little Women”) plays a nurse tasked with investigating the mysterious case of a young girl who has not eaten in four months, claiming to subsist on “manna from Heaven.” Her continued survival is seen by some as a divine miracle, while others (including Pugh’s nurse) assume otherwise. As the film progresses, it raises uncomfortable truths about body image, repression of trauma, and the thin line between faith and fanaticism. Pugh is a brilliant performer even when the material she’s given is lacking (see “Don’t Worry, Darling”). Luckily, director Sebastián Lelio (“Gloria Bell”) has given her plenty to work with.

How to watch: “The Wonder” is streaming on Netflix.

“Fleishman Is in Trouble”

The dissolution of a marriage is often a lengthy, complex process full of hurt feelings and attempts at reinvention. What would happen, then, if, in the midst of your post-divorce exploration, your ex-spouse disappeared? That’s the central concept of “Fleishman Is in Trouble,” a new Hulu series based on the novel by Taffy Brodesser-Akner. Toby (Jesse Eisenberg, “The Social Network”) assumes that the disappearance of Rachel (Claire Danes, “Homeland”) is all about him. After all, he is now solely responsible for the care of their children, which cramps the romantic freedom he had just started to enjoy via app-based flings. But as we begin to see over the eight-episode run, there’s more to the story of the pair’s relationship, which begins to reveal itself with the introduction of two of Toby’s college friends, played by Lizzy Caplan (“Mean Girls”) and Adam Brody (“The O.C.”). The show debuted on Hulu with two episodes on Thursday that are pretty pro-Toby. But as new episodes arrive on the streaming platform each Thursday, the nuances of Toby and Rachel’s conflict will soon be revealed.

How to watch: “Fleishman Is in Trouble” is streaming on Hulu, with new episodes debuting Thursdays.

Now that “Westworld” has been unceremoniously axed, Jonathan Nolan (brother and frequent collaborator of director Christopher Nolan) has plenty of time to dedicate to “The Peripheral,” a new Amazon sci-fi series that will likely appeal to fans of the now-canceled HBO show. Flynne (Chloe Grace Moretz, “Carrie”) is a professional gamer who earns a living by playing games and leveling up characters for wealthy clients. When she is sent a new VR headset to beta-test, it pops her into a hyper-realistic simulation in which she operates as a contract killer. As it turns out, this is no simulation, and Flynne’s “gameplay” is actually taking place, albeit 70 years in the future. Like “Westworld,” “The Peripheral” has a lot of questions about the uncertain nature of reality and the blurry line between AI and humanity. Also like “Westworld,” the show may eventually go completely off the rails. But for now, it’s worth buying a ticket and enjoying the ride.

How to watch: “The Peripheral” is streaming on Prime Video. 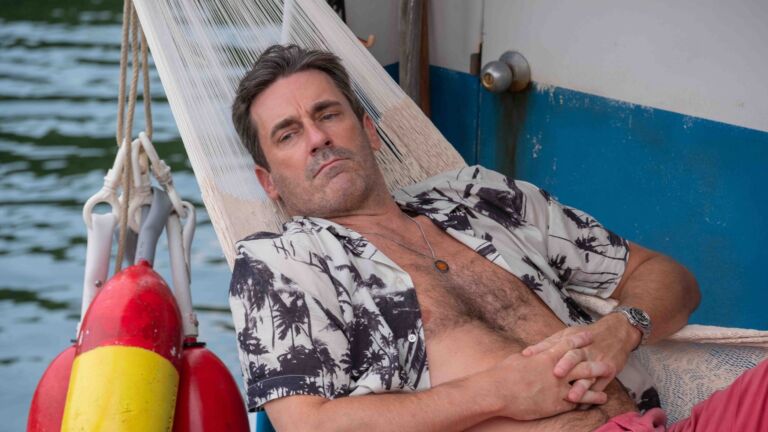