With wildly rising interest rates, wages that aren’t even close to keeping up with inflation, and galling income inequality, legions of Americans in their 20s and 30s can’t help but feel completely stuck in America’s late-capitalism death spiral. That’s the struggle articulated onscreen by Aubrey Plaza (“Parks and Recreation”) in “Emily the Criminal,” a thriller about a wage worker deep in debt who turns to petty theft to make ends meet — and gets in over her head. It’s a confident debut film from director John Patton Ford, and Plaza is her usual brilliant self.

How to watch: “Emily the Criminal” is streaming on Netflix.

Here’s hoping you skipped Disney’s recent “Pinocchio” remake, because the one that’s really worth watching debuts on Netflix this weekend. “Guillermo del Toro’s Pinocchio” is so named not only as a marketing ploy, but also because the “Shape of Water” director’s take on the classic fairy tale is so wholly his own. There are still plenty of familiar elements, from a talking cricket (though not named Jiminy) to dodgy villains who lead Pinocchio astray. But the stop-motion visuals from co-director Mark Gustafson feel like Geppetto himself hand-crafted them, and the intriguing undercurrent of fascism makes the film a relevant watch for adults as well.

How to watch: “Guillermo del Toro’s Pinocchio” is streaming on Netflix.

We usually try to avoid over-representing one streaming platform on any given weekend watchlist, but Netflix has been on a roll this month: The streaming giant’s recent run of hits is rounded out by this adaptation of the D.H. Lawrence novel, which lives up to the book’s steamy legacy. Emma Corrin (“The Crown”) plays the titular lady, stuck in her manor and a passionless marriage with a husband paralyzed during the war. When she meets gamekeeper Oliver (Jack O’Connell, “Skins”), the proceedings heat up. Almost a century after “Lady Chatterley’s Lover” was published, Netflix has finally released the definitive big-screen adaptation, one that captures every twist and turn of the illicit tale.

How to watch: “Lady Chatterley’s Lover” is streaming on Netflix.

Cambridge native and Academy Award-winning director Siân Heder (“CODA”) is back with another season of her inventive series “Little America” on Apple TV+. Inspired by true stories published in Vox Media’ Epic Magazine of first-generation American immigrants chasing their dreams, “Little America” bounces around the country to showcase performances by Phylicia Rashad (“The Cosby Show”), Alan S. Kim (“Minari”), and more. The show’s ability to immerse viewers in an unfamiliar world and tease out the common strains of humanity is on display again in Season 2, and it’s a joy to watch.

How to watch: Season 2 of “Little America” is streaming on Apple TV+.

Fans of the classic “Addams Family” cartoons or the 1960s TV show may be a bit shocked by the new directions taken by “Wednesday,” the contemporary Netflix adaptation. Starring Jenna Ortega as Wednesday Addams, the show melds a CW teenage soap opera sensibility with the gothic ambiance of Charles Addams’ creations. Thankfully Netflix enlisted Tim Burton, who produces the show, directs four of the episodes, and clearly inspired many of the show’s stunning visuals. Much like the Burton-produced “Nightmare Before Christmas” did for millennials, “Wednesday” should be a treat for a new generation of rebellious pre-teens, and offers a bit of fun for adults with a soft spot for the macabre.

How to watch: “Wednesday” is streaming on Netflix. 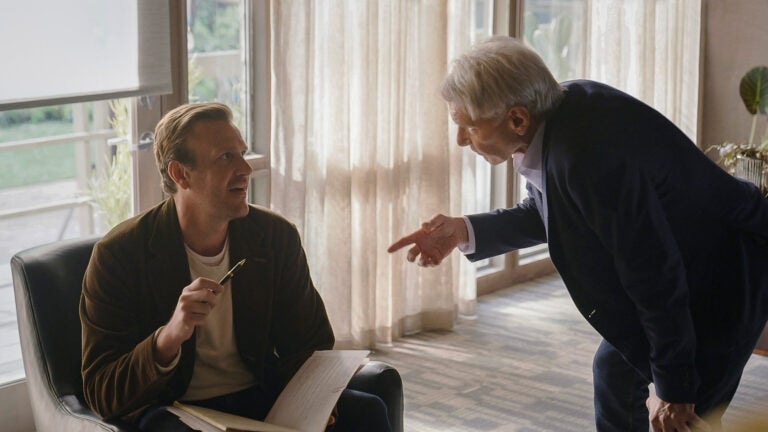