Netflix unveiled its full list of 49 original movies for 2023 alongside a trailer highlighting scenes from many of the upcoming titles. The sizzle reel shows that Netflix will put sequels to some of its biggest hits front and center this year, with Adam Sandler and Jennifer Aniston’s “Murder Mystery 2,” Chris Hemsworth’s “Extraction 2,” and “Luther: The Fallen Sun,” a continuation of the five-season crime thriller starring Idris Elba.

Here is the full list of original movies coming to Netflix in 2023, with additional information about 10 Netflix movies with local ties highlighted up top.

Plot: A modern-day “Guess Who’s Coming to Dinner,” “You People” stars Jonah Hill (“Superbad”) and Lauren London (“ATL”) as a couple forced to navigate the judgements and differences of their respective parents, played by Julia Louis-Dreyfus, David Duchovny, Eddie Murphy, and Nia Long.

Plot: Directed by Sam Pollard (“MLK/FBI”), this documentary about the late Celtics legend features exclusive interviews with Russell before his passing in 2022 as well as access to his personal archives.

Local hook: The local hook for this one is pretty self-evident. There’s a statue of Russell outside City Hall, after all. Besides interviews with Russell and his family and friends, the documentary features interviews Larry Bird, Steph Curry, Chris Paul, Magic Johnson, Kareem Abdul-Jabbar, and more.

Plot: Kevin and his family hit the social media jackpot when they discover a ghost named Ernest haunting their new home. But when Kevin and his newfound ghostly pal begin to investigate Ernest’s past, the CIA intervenes.

Plot: Reprising their roles from “Murder Mystery,” Nick (Adam Sandler) and Audrey Spitz (Jennifer Aniston) are now full-time detectives with their own private agency. The pair finds themselves in the middle of a case that’s personal to them when their pal the Maharaja is kidnapped at his own wedding.

Plot: This jet-setting rom-com centers around Hadley (Haley Lu Richardson, “Split”) and Oliver (Ben Hardy, “Bohemian Rhapsody”), who meet after Hadley misses her flight from New York to London. Per Netflix: “After accidentally losing each other at customs, the probability of ever finding one another again seems impossible. But fate may have a way of defying the odds.”

Plot: Per a studio synopsis, “Pain Hustlers” centers around a “blue-collar woman struggling to raise her daughter” who, after taking a job at a “failing pharmaceutical startup,” finds herself “involved in a dangerous racketeering scheme.”

Plot: “Leo” is a “coming-of-age animated musical comedy” centered around a pair of classroom pets voiced by Adam Sandler and Canton resident Bill Burr. Per Netflix: “Jaded 74-year-old lizard Leo (Adam Sandler) has been stuck in the same Florida classroom for decades with his terrarium-mate turtle (Bill Burr). When he learns he has only one year left to live, he plans to escape to experience life on the outside, but instead gets caught up in the problems of his anxious students.”

Plot: According to a studio synopsis, “Spaceman” follows an astronaut who has been sent on a deep-space mission to “collect mysterious ancient dust.” When the protagonist “finds his earthly life falling to pieces,” he seeks help from a “creature from the beginning of time lurking in the shadows of his ship.”

Plot: Per Netflix, “Following the brutal murder of a young real estate agent, a hardened detective attempts to uncover the truth in a case where nothing is as it seems and, by doing so, dismantles the illusions in his own life.”

Plot: Directed by and starring Bradley Cooper, “Maestro” is a biopic of famed composer Leonard Bernstein, with a particular focus on his lifelong relationship with Felicia Montealegre Cohn Bernstein (Carey Mulligan). Netflix’s logline calls the film “a love letter to life and art” and “an emotionally epic portrayal of family and love.”

Local hook: “Maestro” filmed scenes at Tanglewood, the Western Massachusetts music venue that has been the summer home of the Boston Symphony Orchestra since 1937 and was the site of many transformative moments in Bernstein’s career. Along with Cooper and Mulligan, “Maestro” stars Maya Hawke (“Stranger Things”), Matt Bomer (“White Collar”), and Sarah Silverman (“Wreck-It Ralph”).

Here is the full list of new movies coming to Netflix in 2023, sorted by release date.

“Chicken Run: Dawn of the Nugget” 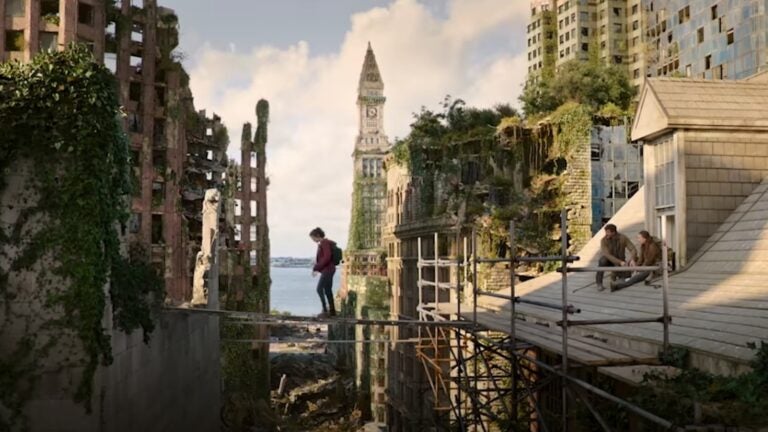