‘I think we might have passed it,’’ says our Uber driver. “Or maybe it’s not here anymore?’’ His confusion is not only forgivable, it was designed for. The dark, minimalist storefront of The Bearded Lady’s Jewel Box is so deliberately speakeasy-incognito, most of its business comes through word of mouth.

Inside, owner-bartender Nathaniel Meiklejohn is surrounded by wisps of tulle drifting from the ceiling. Festooned with sea fans, candelabras, vintage lace, and fringed lampshades, the place feels like a “Sleep No More’’ set might if it were inhabited by Marie Antoinette. And as he explains, even given its under-the-radar cache, it’s still bustling every night. “The biggest sign that serious cocktail culture is becoming normal in Portland,’’ he says, handing over a meticulously made pink libation in an etched glass, “is that we get lots of people coming in on their 21st birthdays, who want their first legal drink to be something that has both a smoky Scotch and absinthe in it.’’

In the last decade, plenty of ink’s been spilled about the seemingly never-ending waves of gutsy new restaurants in Portland, Maine. And who can even count how many maps of the city’s terrific breweries have been shared? But somehow, the emerging craft cocktail scene here has gone almost unrecognized — and that may be simply because it’s populated with spots that are quietly cool and creative like Meiklejohn’s, rather than louder, more conspicuous bacchanals.

Step into Vena’s Fizz House, for example, and you’ll find entire families sipping on artfully created libations, many of them sans spirits. “We take our mocktails as seriously as we do our cocktails,’’ says Vena’s business development director, Mary Jo Marquis. The emphasis on both reinforces an atmosphere more akin to a retro-modern soda fountain than a bar. Steve Corman, who co-owns it with his wife, Johanna Corman, shakes up playful gems like the Lumbersexual — a mix of gin, pine, lemon, tonic, rosemary, and slightly woodsy Bitter Cedric. (They make a slew of bitters in-house and sell them as part of cocktail kits with which you can play bartender at home.)

Or consider the Portland Hunt + Alpine Club. To think of it as a “club’’ in the nightlife sense is to overlook how laid-back and un-scenelike it is; true to its Scandavanian inspiration, the vibe is all spare decor, low-volume ’80s pop tunes, and intergenerational friendliness. Millennials and boomers alike munch green chili-flavored popcorn and Swedish meatballs with spaetzle beneath paper lanterns and bubble pendant lighting. But no one ignores the cocktail list — now a two-time James Beard awards semifinalist for outstanding bar program (in 2015 and 2017), thanks to drinks like Rainkiller, a specialty of coconut-washed rum, pineapple syrup, lime cordial, bitters, and a gleaming dome of crushed ice.

Meanwhile, alongside the bars and lounges, many of the award-wining restaurants dotting the city are increasingly giving just as much attention to their craft cocktail programs. There are food-nerd favorites like the Honey Paw, which dovetails its Asian menu with numbers like Dancing by Yourself, a pour of Cocchi Americano, Fernet, fresh-squeezed grapefruit juice, and mint. And diners at East Ender go in as much for cocktails like the Brooklyn (the bar’s version of a Manhattan) as often as they do the food. Woodford Food & Beverage’s Falling Star is worth a visit in its own right for its balance of dry gin, turmeric infusion, lavender-honey syrup, and layers of lemon and star anise. Meanwhile, newcomer Bolster, Snow & Co. has one of the cozier spaces in town. Settle into the Parlor that abuts the dining room and order an Autumn Sweater cocktail and, between the warmth of the fireplace and the single malt- and cider-based drink (for which the restaurant’s staff forages and presses their own cider), it’s tough to imagine a more serene setting.

Even cocktail programs in Old Port that do tend to get boisterous (usually only on summer weekends) — Blythe & Burrows, for example — keep things studied in both what they craft and in atmosphere. Owner and bartender Josh Miranda (“I despise the word ‘mixologist,’ ’’ he insists) opened it last year and named it after two famed ship captains who are buried side by side in a cemetery at the bottom of Munjoy Hill. “Growing up in Portland, you knew the history of them as heroes,’’ he says. His bar is a finely detailed ode to their legacy, lined with nautical antiques and dark wood. “Nothing over the top,’’ he says. “No hanging buoys or lobster traps. I wanted a world-class place in a small local town. Sophisticated but still authentically Maine.’’

And just in case all that suddenly seems too highbrow, there’s another bar tucked in back of Blythe & Burrows called Broken Dram, serving highballs and shots. Yes, it’s a speakeasy. 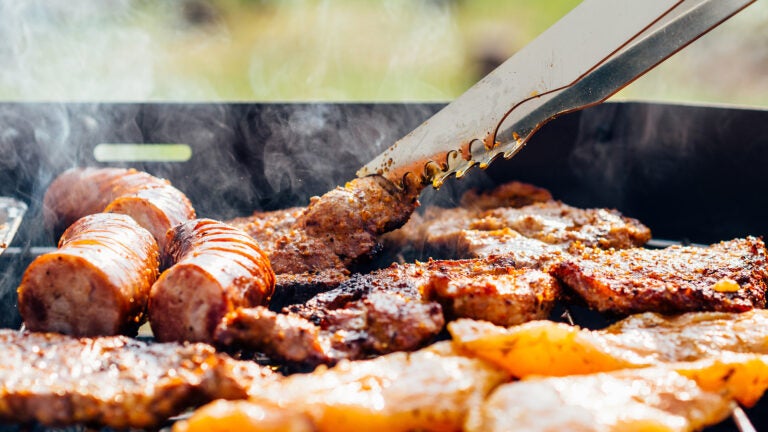