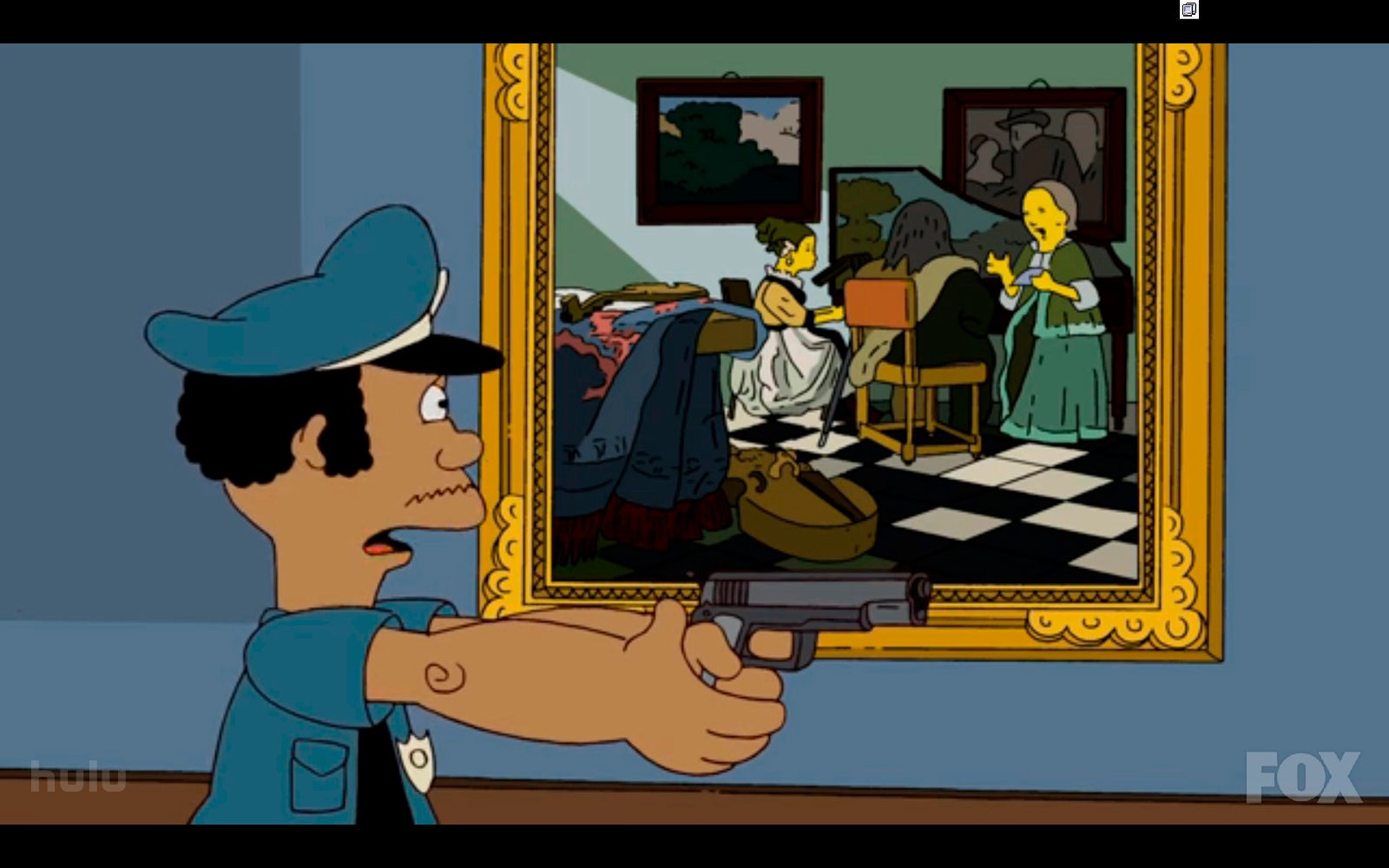 “What is there to do there? Like I know you do Black stuff, but, like, what do you do?’’

“Does anyone tell you you look a lot like MLK?’’

To be clear, I loved my high school years, and I love being Black and doing “Black’’ things (as they’re constructed in the minds of my high school buddies). I love rap mixtapes and obscure references to Black family life and culture. There was a time in my life I loved du-rags. Finger waves are sexy to me when executed well. But I found myself often wondering what it would be like to simply relate to classmates on a common ground (not that a room full of 14-18 year old males in the same uniform, studying the same materials who played on the same teams or wrote for the same newspaper wouldn’t, but such is the nature of the beast of Blackness in a White HS.) Not only that, but anytime I expressed a lack of interest in a “Black thing’’ or an abundance of interest in a “non-Black thing,’’ I was met with confusion and even anger.

When I wanted to audition for a part in Macbeth (we’d recently read the story in English, and it remains my favorite of Shakespeare’s works), I was greeted with a rather curt: “What the fuck are you doing here? There’s no Black guys in Shakespeare.’’ When I didn’t want to join the breakdance club because it met at the same time as Spanish club, the kid who’d asked me, a senior during my freshman year, asked me to explain why, since Spanish club was for Spanish kids, and this was the only club for Black kids. He was White, as was every other member. Since breakdancing was a Black invention, and I was Black, I simply had to need to belong. Though I enjoyed sports, working out, and the few clubs that interested me, by the end of freshman year I had come to accept that I’d never really make a real friend in high school. I cracked jokes with kids in each class, and some let me copy their math homework, but these interactions didn’t constitute a friendship like the ones I’d grown used to having. I wasn’t too upset about it—I had friends at church and around the neighborhood—but it did suck.

This all changed, however, my sophomore year, while sitting at a lunch table, minding my own business.

Two kids, John and Ryan, with whom I’d taken algebra the year before, were sitting about two seats away reciting a Simpsons episode almost word for word. We had said ‘hi’ and ‘bye’ a few times, maybe asked each other what we’d gotten on tests or quizzes. But when their back and forth came to the spot I knew, I jumped right in.

John, with whom I still share a unique friendship, turned to me, laughed, and gave me a high five. Ryan asked me if I liked The Simpsons with a heavy dose of bewildered awe.

I LOVE The Simpsons. While I don’t know many episodes word for word, I am an avid fan. (And seriously, they hit a drought for a few years but the writing is stronger than it’s been in a while. It’s no season 9, but it’s getting to be better stuff. Hardcore fanbros be damned; Armin Tamzarian is not walking through that door. Ralph, however, is likely walking into a door.)

My mother, having fallen prey to the psuedo-helpful Christo-bullshit of the day, forbade The Simpsons until I was about 12, around which time she realized I had formed a serious addiction (I used to watch it with my big sister!) and threw in the towel. From twelve to the last time I owned a television—about two years ago—I spent at least five hours every week watching America’s family.

I told the two guys – John and Ryan – that I loved the show and that my favorite episode was the one with all of the vignettes of the different characters of Springfield. John spit some lines at me from the portion where Nelson gets berated and paraded around town by the very tall man in the clown car.

I had made a friend! A friend who liked me for reasons beyond my ability to sack the quarterback or help them with Brother Hoey’s global studies class! A real friend, with whom I shared a common interest!

It was the end of the year, so we did what we could to hang out. We ate lunch together a few times and talked in English and math. We may have had each others AIM names, though I don’t remember. We took finals and went back to our hometowns.

Junior year I decided I wanted to do more than run fast and jump high on the football team, so I joined some other clubs. My favorite teacher, who was also my homeroom teacher, ran the Spanish club, so I rejoined after only making the first meeting all of the previous year. In the spirit of honesty, I rejoined due in large part to the beautiful freshman Spanish teacher, Ms. Ramos (who would show up to my graduation party and teach me to dance bachata, much to the chagrin of my girlfriend and her mom), but Spanish club was cool. I went to a few food club meetings because they went to restaurants I’d never heard of and got deals on good eats, and I joined the newspaper because John and Ryan were on it and I liked to write. I got to write a few album reviews, and by the third or fourth issue, I was Arts co-editor, with none other than my guy John.

With the exception of newspaper, I experienced the same sort of distant treatment in clubs as I had become used to getting in classes, in hallways and at my locker. The Simpsons were always the way I broke through, the way I became real. It seemed like all of the people I connected with saw past Black and White when it came to our favorite shade of yellow.

Throughout high school and immediately after, I used to reflect on my high school years and bless the man they called Groening for his vision and imagination. The older I get, however, the more evident the sad truth that undergirds my experience becomes. To a sizable portion of White kids, Black kids lived in a totally different world, even when they occupied the same space.

It shouldn’t be difficult for boys in the same age group in an all boys school wearing the same uniform and taking the same courses to see each other as fully formed humans, to bond. I had watched friendships form over the most trivial of topics, friendships that last to this day. It is simple to form a bond with someone who you view as a person in equal measure to yourself. Even though many of the kids lived in the same town, even though a few went to the same church, and even though a few knew the same people outside of school, my Blackness brought forth an awkward silence, a hushed joke, a wide-eyed gaze, a sneer, and all the other hallmarks of an encounter with the unknown.

It was cool that I spoke fluent Springfield, but what about the Black kids who didn’t? It was awesome that I knew the Mr. Plow song, but if I hadn’t, I could have gone through an entire four years as an outsider, a tacit enemy, a question mark. Through all of the advances we as a society have made, through all of the doors opened, all of the opportunities granted that were denied in my mother’s lifetime, the problem of race remains the hobgoblin of American society because it remains a one-way mirror, where everyone on the side upon which they’ve been placed due to the color of their skin can see themselves and their own battle with their own battle with the elephant in the room. It takes some level of removal of one’s self from the comfort of preordained racial space, thought and attitude to see the other side.

For John and Rob and Chris and Justin, The Simpsons may have been the first of a large number of hard to find keys to very scary rooms. America can lay claim to just as much rampant dysfunction as Homer, Lisa, Marge, Bart, and Maggie, but it’ll never be as unified as the family on the couch until it learns to pay some mind to the voices and views connected to bodies on the other side of the mirror.

And old divisions die hard. The same gulf is present in any issue involving Black and White in this country. When satellite shock jock Anthony Cumia was fired over a stream of violent, mysogynistic, racist tweets, his fans rallied behind him, decrying Black women and Black culture. In the area surrounding Ferguson, MO, racial segregation is dire, and we’ve all seen enough of situations involving Trayvon Martin, Renisha McBride, and Black boys with an affinity for designer belts to know that when a Black face can be logically construed as a victim of White error or ire, some White faces rush to be the loudest and wrongest in their displays of disdain for and ignorance of American blackness. The Simpsons can’t solve all that. Maybe Cumia could have calmed that unsuspecting Black lady down if he had broken out into “Who Needs The Kwik-E-Mart,’’ but he didn’t. What he did do was pat himself on the back for not shooting her, wish her bodily harm at the hands of a “homeboy’’, and called her, and I quote, an “animal-faced worthless meat sack.’’

Excuse her and XM for not caring about who shot Mr. Burns, and in the face of a 90% White police force policing a 67% Black town where fines, tickets, and other court fees are the second largest source of revenue, where Black members of the community have been victimized before, forgive Ferguson natives for not giving a damn about a QuikTrip.

I do not begrudge or look down upon John and any other friends I made thanks to my love for one of my favorite shows. I do not judge poorly the rest of the guys with whom I attended high school. I do, however, feel sorry for them. Until I showed them that we actually lived on the same planet, they may have had little to no idea Black folk shared tastes with their White counterparts. They could have missed out on better friends than I, more memories, more chances to grow and see and experience the world around them in fresh and exciting ways.

A simple glance at the local and national news tells me this goes both ways, from sea to shining sea. I’m no Bagger Vance style magic negro, no savior, no booming voice of negritude, but I am Black. And I was right there. Until I opened my mouth, however, I may as well have been from Shelbyville. 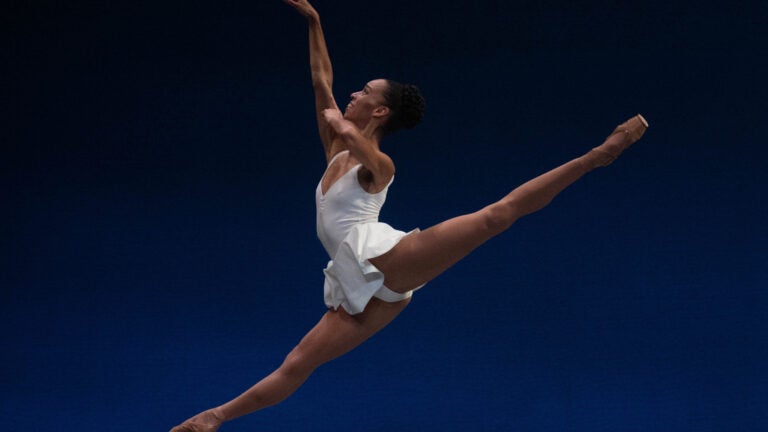