Food is life for the Martone family. From cooking together in their home’s kitchens (plural), to running a pair of Boston-area restaurants, parents Geraldine and Raffaele and children Rosie and John bond and over all things culinary.

When the Food Network approached the Saugus clan to be on a Dec. 23 episode of “Chopped’’ called “Family Food Fight,’’ they were thrilled.

“When we originally got the e-mail from ‘Chopped’…we thought, ‘too good to be true,’’’ Rosie, co-owner and chef of Figaro’s Boston and Revere Beach locations, said during a phone interview. “We just couldn’t ever fathom that could be a possibility. I didn’t even call them or respond right away.’’

The family had gone through a year full of trials and tribulations after opening the second Figaro’s (video above) in 2013 so the “Chopped’’ experience couldn’t have come at a better time, Rosie said.

“We’ve been in business for 11 years at our Boston location and then we decided to open up another location on Revere Beach which we assumed would be easier than Boston but it ended up being the hardest year of our life.’’

After talking to a “Chopped’’ producer, Rosie garnered that the Martones were being considered for a spot on the show because someone from the show’s casting department had witnessed the family’s vibrant behind-the-counter dynamic first-hand.

From there, the Italian-American family was subjected to a Skype interview, and two weeks later, the foursome were informed that they’d been chosen to appear in what they thought would be a Christmas special.

“We got a phone call…telling us they were coming to shoot at our location in Boston for the promo and then we’d be flying to New York to shoot the episode in May,’’ Rosie said of the whirlwind process.

Everything seemed pretty cut and dry, but the one thing the family didn’t expect of the “Chopped’’ episode was that they’d be competing against each other, rather than in one unit.

“At first I was like ‘this is going to be awesome, we’re going to compete against a different family, we’re going to kill it,’ then I found out we were competing against each other,’’ Rosie said.

It took some coaxing from the “Chopped’’ crew to get the tight-knit North Shore family to talk trash about each other.

“As much as we want to kill each other sometimes…having to actually compete against each other…,’’ Rosie paused. “In reality, we were watching out for each other the whole time.’’

Rosie, who gave up on the comedy scene in Los Angeles to return to Boston in pursuit of a culinary career more than 12 years ago, had the strongest cooking chops ahead of the episode.

Her brother, John (real name Giovanni), who runs the front of the house at Figaro’s restaurants, had cooked “very little in his life’’ before the taping but was at a point where “he could hold his own,’’ Rosie said.

The family patriarch, Raffaele (who also goes by Ralphie) had plenty of experience making focaccia bread from scratch and curing meats — think sopressata — for the restaurants before taking part in the show.

His wife, Geraldine, who Rosie calls the “resident Italian chef’’ was also in the veteran boat. She makes all the Figaro’s sauces and soups.

“Every dog has its day,’’ Rosie said of the competition. “It doesn’t matter how talented you are or how many dishes you know, it matters how you work under pressure.’’

Although there’s no word on who took home the “Chopped’’ crown, we’re sure that the family’s Italian roots will have an influence on the dishes they concoct in the episode. 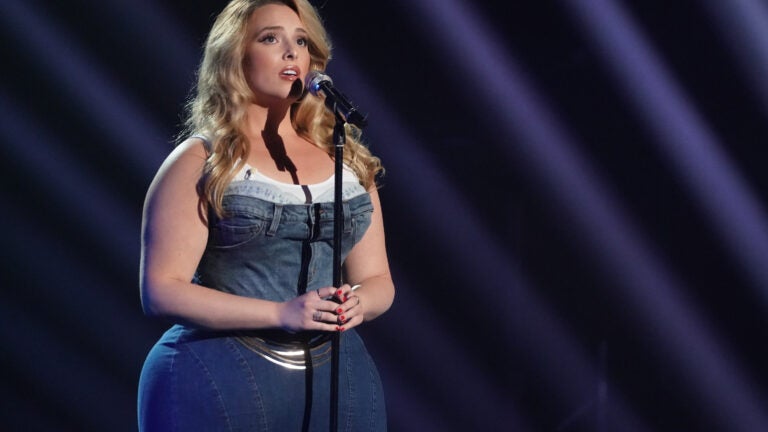