The world hasn’t seen Larry King with a head of hair this volumnious since the ‘90s. The talk show host played himself on the February 22 episode of The People v. O.J. Simpson: American Crime Story, which recounts Simpson’s trial for double homicide and all the infamous names involved in it. It’s a blast from the past, to say the least.

You know who seemingly enjoyed the Larry King cameo the most? Larry King.

In the series, Boston born actress Connie Britton plays Faye Resnick, the close friend of Nicole Brown Simpson, who really was interviewed about O.J. Simpson’s trial on Larry King Live. (You may also know Resnick from Real Housewives.) Britton shared the scene that King appeared in, and she said on Tuesday’s Jimmy Kimmel Live! that King was really feeling good about the throwback version of himself.

“That’s the real modern-day-nowadays Larry in a wig,’’ Britton told Kimmel. “Oh, yeah, he was thrilled about it. And thrilled about the wig. He was like, ‘Oh yeah, I love this wig!’ He was feeling so good that day.’’

She went on to discuss how King gave her some tips on playing Resnick since King and Resnick were, uh, close. Britton suggested that King knew Resnick “maybe even biblically.’’

“So we shot that scene and we started out, and after the first take, he was like, ‘Oh my god, you’re exactly like Faye. I can’t believe it!’’’ Britton said, adding that it made her nervous. “And then we did another take, and he’s like, ‘I can’t believe it!’ Literally when they called cut and they were like, ‘OK, we’re done with this scene,’ he’s like, ‘Somebody get us a room!’’’ 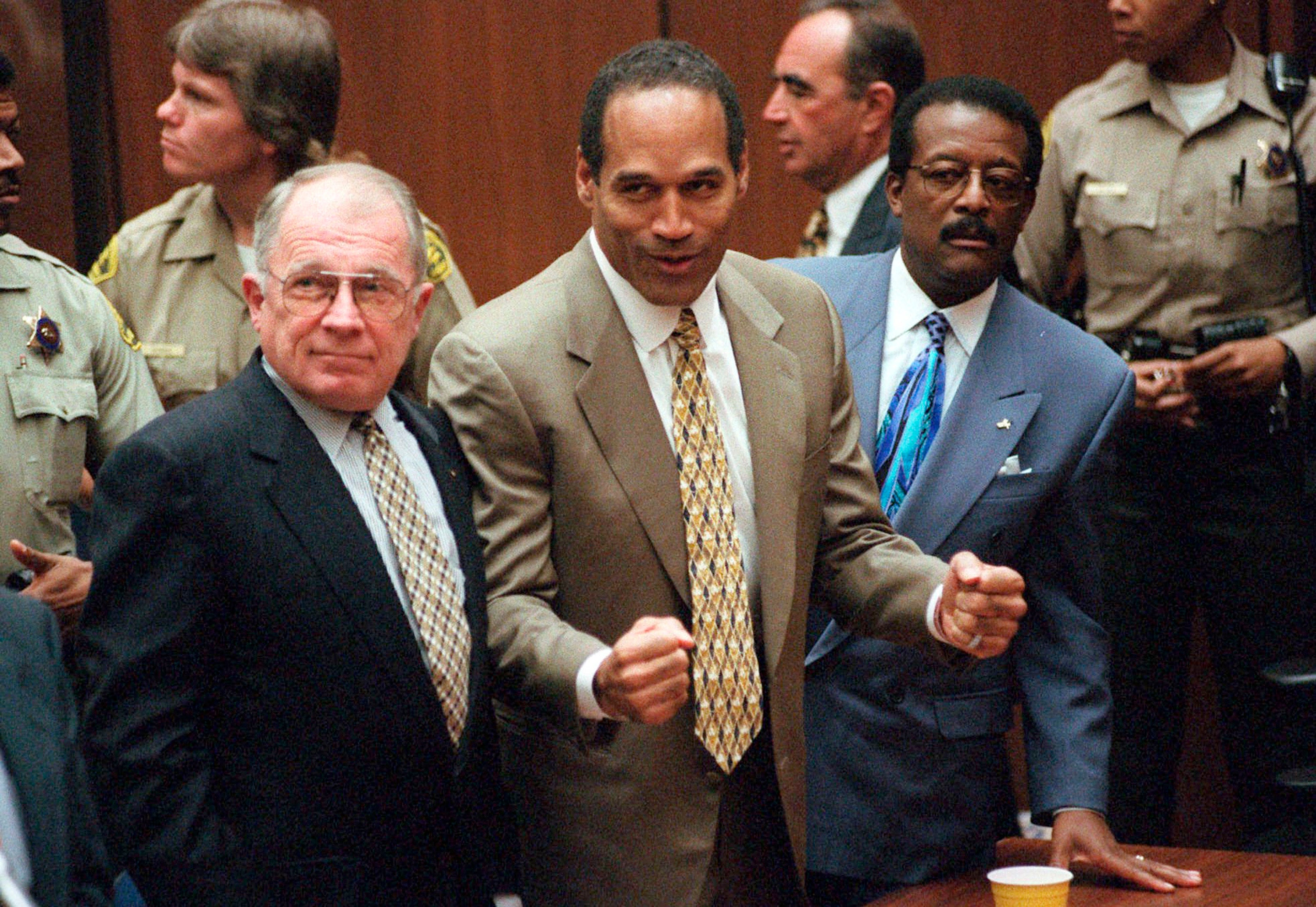 This former O.J. Simpson lawyer, a Waltham native, is reportedly now bankrupt and living in Maine