It started on Day 1 of the latest season of CBS’ long-running reality show “Survivor,” when a male contestant rested his head on a young woman’s knee inside a makeshift beach shelter in Fiji. Later, it was a hand brushing aside a lock of hair, an arm around her waist.

Wednesday night, it all culminated with an extraordinary scene on the show: 29-year-old Kellee Kim, an MBA student, accusing Dan Spilo, a 48-year-old Hollywood talent manager, of sexual harassment.

Viewers at first praised “Survivor” for seriously handling the allegation on air, but, as the episode drew to a dramatic conclusion, many were left horrified. That’s because two other women admitted to making up claims against Silo as part of their game strategy – a plan that resulted in Kim being voted off and her alleged harasser staying put to keep competing for the $1 million prize.

The hour of prime-time network TV morphed from reality show into a commentary on the #MeToo movement and the challenge in both reporting sexual misconduct and trying to address it.

“‘Survivor’ is a microcosm for our real world,” executive producer and host Jeff Probst told the Hollywood Reporter Wednesday. “Situations just like this one are playing out in offices and bars and colleges across the country and the world.”

“Survivor,” which has been on air since 2000, plops contestants onto beaches in far-flung locales, where they must survive for 39 days in the wilderness. They compete for rewards, like lavish meals or a night in a hotel bed, and for immunity from the weekly tribal council, where the players vote one contestant off the island and out of the show. When only two or three players remain on Day 39, a jury of previously cast-out competitors vote for who will win the game’s cash prize.

At the season’s open, which aired in September, Kim told everyone that she was a “germaphobe” and that she didn’t “like to be touched.” But her comments were primarily aimed at one person in her tribe: Spilo. The two had a one-on-one talk on the beach, where Kim asked him to keep his hands to himself. He seemed receptive, at first.

Weeks later, Wednesday night’s episode confirmed that Kim felt Spilo had continued to violate her personal space – and that other women had also voiced frustration with his “touchy-feely” personality.

“This isn’t just one person, it’s a pattern,” Kim told the camera as a producer interviewed her on the beach during Wednesday night’s show. “It takes five people to be like, ‘Man, the way I’m feeling about this is actually real. It’s not in my head. I’m not overreacting to it.’ It’s like, no, he literally has done this to five different women in this game. That sucks. That totally, totally sucks.”

As Kim held back tears, a producer responded – a rare occurrence on a show where the production team is meant to be invisible.

“You know if there are issues to the point where something needs to happen, come to me and I will make sure that stops,” an unnamed producer says from behind the camera. “I don’t want anyone feeling uncomfortable.”

Kim told the show’s producers she didn’t want them to intervene because it might negatively impact her chances to win the game.

The show’s producers talked to the contestants individually and as a group about respecting “personal boundaries.” Spilo received a formal warning about his behavior.

“Based on the outcome of those discussions, the game continued,” a subtitled screen told viewers on Wednesday.

After the show’s two original tribes merged in Wednesday’s episode, Kim bonded with two women who had previously been her competitors after they told her Spilo had also made them feel uncomfortable. Together, they hatched a plan to vote Spilo off the island.

The women approached one of Dan’s closest allies, Janet Carbin, a 59-year-old head lifeguard from Palm Bay, Florida. When the women emotionally told her how uncomfortable Spilo had made them feel, she agreed to vote him out.

“Initially, my take on Dan was he was just an old-school guy that never really thought about what he was doing,” Carbin told the camera in a solo interview. “In the off-chance that Dan is totally innocent, he’s going to be devastated. It’s a tricky thing to have 100 percent proof. You’re never going to get it.”

But when it came time to vote, Kim was sent home. And the other two women admitted they’d made up their claims against Spilo as a strategy to take the target off themselves.

After the vote, Carbin was devastated. “My mind just was racing, because this was a vote not based on the game so much, but based on standing up for what was right,” she said.

She spent the night sleeping in the sand away from the rest of the tribe. On camera, she wiped away tears and said she felt betrayed by the other women in the game.

At the next tribal council, Probst probed the players to hash out the double-crossing and sexual harassment allegations as Kim watched silently. Eventually, Probst asked Spilo whether there was a moment that he knew he had made a woman on the show uncomfortable, clearly referring to the first day in Fiji when Kim had confronted him.

“Is the bottom line, we’re not going to let this go?” Spilo asked, visibly irritated by Probst’s questions.

The false allegations, mingled with legitimate ones from a victim who didn’t want producers to intervene, left the show grappling with the complex reality of sexual harassment.

Fans of the show watched the situation unfold on Wednesday night as the two-hour episode unfolded.

At first, many people cheered CBS and the showrunners for deciding to include Kim’s interview and the producer’s response.

“Wow! I’ve watched #Survivor since S1 & never heard production voice during interviews. Never!” one viewer wrote on Twitter. “If Moonves was still at CBS, this would’ve never happened,” the same person wrote in another tweet. “He would’ve shoved it in forever unseen footage. I see progress.”

If Moonves was still at CBS, this would’ve never happened. He would’ve shoved it in forever unseen footage.
I see progress. #Survivor pic.twitter.com/Xvguq92NUN

But as the episode wore on, as Kim was booted off and Carbin was targeted by the women who lied, some viewers turned sour on the network’s handling of the issue.

“We all watched the episode, the producers even got involved and talked to Dan,” one fan wrote in a tweet. “These people are pissing me off. Janet is the truth.”

One former contestant said she was so dismayed by the show’s handling of the situation, she was considering not watching the rest of this season.

“I’ve loved #survivor for so many years,” said Eliza Orlins, who competed in the show in 2004 and 2008. “Almost 20, in fact. And, for the first time ever, I think I’m going to stop watching the show. I’m done with this season. I have friends on season 40 so I’ll pick it back then, but honestly, I’m out after tonight. This felt … really gross.”

I’ve loved #survivor for so many years. Almost 20, in fact. And, for the first time ever, I think I’m going to stop watching the show. I’m done with this season. I have friends on season 40 so I’ll pick it back then, but honestly, I’m out after tonight. This felt…really gross.

In an interview, Probst defended the show’s handling of the subject.

“We are witnessing a real and raw example of another layer of the changing dynamic between men and women: You don’t have to feel unsafe to feel uncomfortable, and making someone uncomfortable is not OK,” Probst told the Hollywood Reporter. “It’s new territory, and it’s offering us a chance to continue to examine how men and women treat each other and to learn how to respect each other.”

Probst said he pushed the tribe to reckon with the allegations despite a reluctance to talk them through.

“There is no denying that (Spilo) made some of the women, like Kellee, uncomfortable, and he needed to address it,” Probst told the Hollywood Reporter. “But understandably, he also wanted to defend against other accusations that were not true and were simply gameplay.” 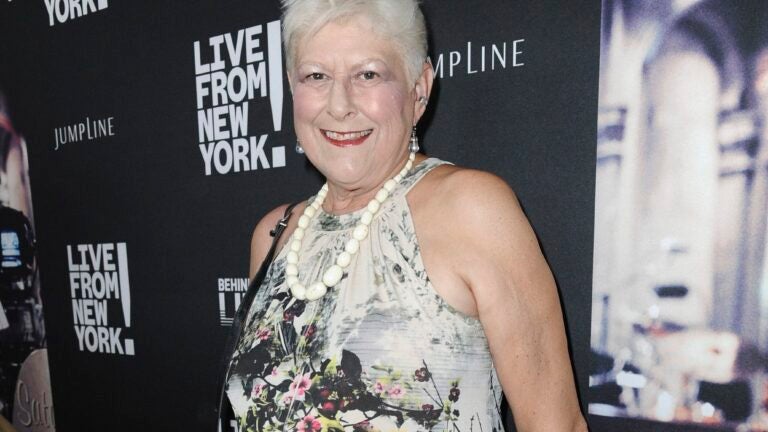