“Saturday Night Live” opened with a dramatic take on this week’s impeachment hearings, mocking some news analysis that the hearings were “dull” and “lacked pizzazz.”

“So to make sure people are paying attention, we now present the hearings in a way that underscores how scandalous these revelations really are,” a voiceover said before introducing “Days of our Impeachment,” a spinoff of the popular soap opera “Days of our Lives.”

In Yovanovitch’s opening statement, she says she was a target of a smear campaign by President Donald Trump and Rudy Giuliani that left her “publicly humiliated” and “without a job.”

When cross-examiner Jones interrupts to say the witness “loves attention,” Strong’s Yovanovitch claps back, “Oh yeah, I love the glamour and the spotlight. That’s why I spent my career in Ukraine and Somalia.”

Everywhere Marie Yovanovitch went turned bad. She started off in Somalia, how did that go? Then fast forward to Ukraine, where the new Ukrainian President spoke unfavorably about her in my second phone call with him. It is a U.S. President’s absolute right to appoint ambassadors.

“Let the records show that the president is intimidating the witness,” SNL’s Schiff said.

“Intimidating?” Jones questioned. “If the president wanted to intimidate you he’d shoot you in the face in the middle of Fifth Avenue.”

“Okay. And then would you impeach him?” Yovanovitch asked.

Jon Hamm’s Bill Taylor entrance is met with audience applause, “Unlike other people in Trump’s administration, I show up,” Taylor said before revealing there was a second phone call. “That’s right, you knew about the first call, but no one expected phone call number two,” Hamm’s Taylor said.

“But this matter isn’t even before the Senate yet,” Schiff stated.

“Sorry for the spoiler. Just let me know when I’m supposed to say it,” McConnell said.

Kate McKinnon’s Rudy Giuliani jumps in, echoing the recurring “not so fast” revelation reveal. “I meant don’t talk so fast,” Giuliani said. “I’m having trouble understanding what’s happening. Usually I watch Fox News in slow motion with the sound turned up to 100.”

Gordon Sondland, played by Kyle Mooney, arrives with the revelation that he has amnesia. When he said there was no quid pro quo, it was because he simply forgot there was.

“Yeah, we know. No one seems to care,” Strong’s Yovanovitch said.

The sketch ends with Kenan Thompson as Cleveland Browns defensive end Myles Garrett, who was in the news this week for hitting Pittsburgh Steelers quarterback Mason Rudolph in the head with Rudolph’s helmet. “I am tired of being falsely accused,” Thompson’s Garrett said, clearing the air that he was trying to help Rudolph put his helmet back on.

“A ridiculous melodrama,” a voiceover said, breaking up the sketch with ‘critic reviews’. “And somehow less crazy than what’s really happening in our government.”

Harry Styles was the episode’s host and musical guest. 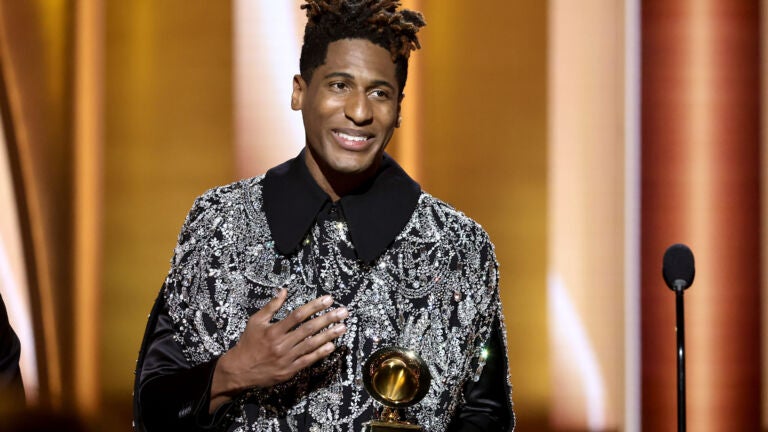