Milton native Jenny Slate has announced that she is exiting the Netflix animated show “Big Mouth” because the character she plays is biracial, while Slate is white.

“At the start of the show, I reasoned with myself that it was permissible for me to play ‘Missy’ because her mom is Jewish and white — as am I,” Slate wrote on Instagram. But ‘Missy’ is also Black, and Black characters on an animated show should be played by Black people.”

Slate went on to say that she was “engaging in an act of erasure of Black people” by playing Missy, and that leaving the show was “one step in a life-long process of uncovering the racism in my actions.”

“As I look back on the nature and emergence of my own voice in comedy, I know that I have made mistakes along the way,” she wrote. “I can’t change the past, but I can take accountability for my choices.”

Along with Slate, “Big Mouth” stars frequent Slate collaborator Nick Kroll (“Sausage Party”), stand-up comedian John Mulaney, Jessi Klein (“Inside Amy Schumer”), and Nahant native Jason Mantzoukas (“The Dictator”). The show has run for three seasons on Netflix and has already wrapped on a fourth season, which will premiere in the fall and still feature Slate’s voice, according to Deadline. The show has also been renewed for fifth and sixth seasons.

Also on Tuesday, actress Kristen Bell (“The Good Place”) announced on social media that she would no longer voice the mixed race character Molly on the animated AppleTV+ series “Central Park,” but would remain with the show as a new character.

“We sincerely apologize for and regret our original decision to cast a white actor to voice a biracial character,” the statement read. “We made a mistake, took our privilege for granted, and we’re working hard to do better moving forward.”

The statement also said that the show was proud of the representation Missy provided for “cerebral, sensitive women of color,” and that they planned to recast the role with a Black actor.

“We thank Jenny for her decision and for creating with us an inspiring, compassionate, and very human character,” the statement concluded. “We look forward to being able to explore Missy’s story with even greater authenticity in the years to come.” 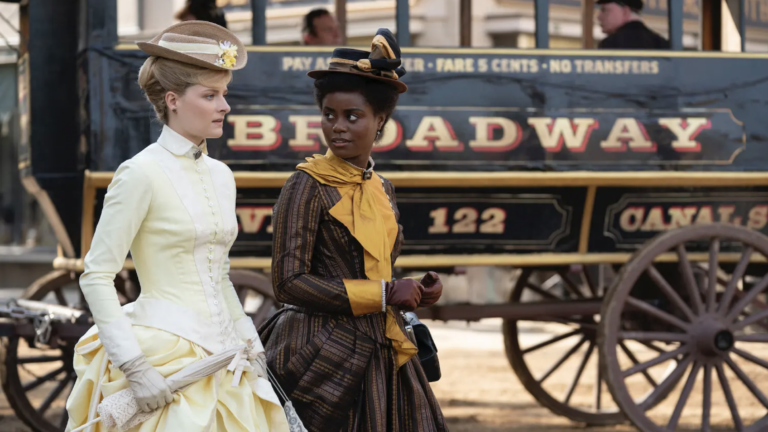