Clues are slowly adding up for season 10 of Ryan Murphy’s anthology horror series “American Horror Story,” which is wrapping up filming in Provincetown. In an expectedly cryptic fashion, Murphy also unveiled some of the first behind-the-scenes looks at the upcoming season.

The FX series has been filming in the Cape Cod town under the code name “Pilgrim” since March 1.

On Thursday, Murphy posted the first official still from a season 10 scene where two brooding figures seem to be walking down a dimly lit, foggy Provincetown street.

“Night Moves,” he captioned the eerie image on Instagram. “#AHS10”

Just the day before, Murphy posted another hint on social media: a photo featuring the show’s recurring actress Leslie Grossman and newcomer Macaulay Culkin locked arm-in-arm and dressed in lush fur coats on a nearby beachfront.

Culkin was also recently spotted running down a hill through the Winthrop Street Cemetery while filming.

Other actors, including Finn Wittrock, Adina Porter, Lily Rabe, and Ryan Kiera Armstrong have been seen on set and around town this last week as well, according to fan social media accounts like the AHS Zone.

The account tweeted that while locals have been asked not to take photos and videos of the production process, residents said what they saw “indicates the season will be very ‘atmospheric.’”

Kiera Armstrong even posted a photo to her Instagram on Wednesday, with a frosted cupcake in hand as she celebrated her birthday on set with Murphy standing beside her — both donning masks.

Having spent only two weeks in the Massachusetts town, the production company is poised to finish up filming for “Pilgrim” by the weekend before heading back to Los Angeles.

Little is often revealed about each season before its release, but the AHS creator has been leaving breadcrumb trails behind for viewers to decipher since May 2020, be it the season’s official poster featuring a gaping mouth filled with razor-sharp teeth, or sloping scenes of a dune-covered beach. 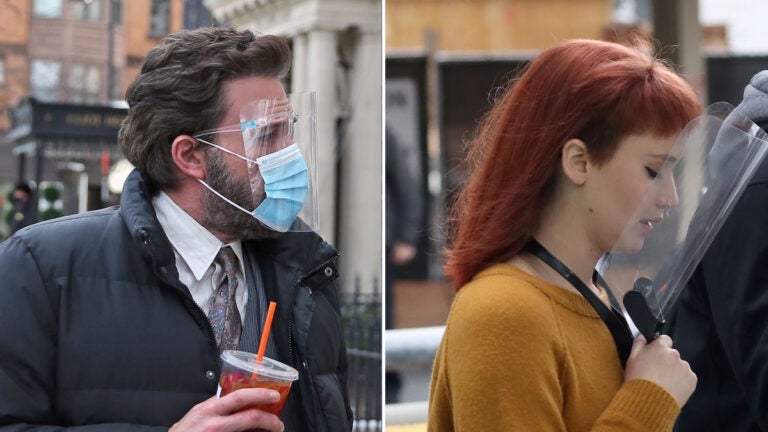