The days before a new episode of “Saturday Night Live” airs typically bring a set of well-scripted rituals.

The host meets the cast and Executive Producer Lorne Michaels at their 30 Rockefeller Plaza offices on Monday, writers write on Tuesday, sketches are workshopped Wednesday and Thursday, and material is rehearsed to a fine polish on Friday and Saturday. It all happens under a sacred code of silence, with everyone harmoniously pulling in the same direction.

But Elon Musk is not a typical “SNL” host. And his gig is turning out to be neither silent nor harmonious.

In the days before the Tesla and SpaceX chief executive takes the stage of the landmark NBC show, several cast members have raised objections, while Musk has gone directly to his 53 million Twitter followers for sketch ideas and even floated a few of his own.

The appearance breaks tradition on a show that has survived for 46 years precisely by hewing to it. Musk is the first person from the business world to host “SNL” since Donald Trump in 2015 – and the first from outside the realm of sports or media-entertainment since stints by politicians John McCain and Al Gore nearly two decades ago.

Such unorthodoxy could give both Musk and Michaels what they want: an important new audience for Michaels, and a humanizing mechanism for Musk during a fierce anti-1% moment.

It also could blow up in their faces.

“I just don’t understand what SNL is thinking,” said Andrew Susskind, a veteran television comedy producer and executive who teaches at Drexel University’s Westphal College of Media Arts & Design. “And I’m not sure America will either.”

With an estimated net worth of $151 billion, Musk was recently named the world’s second-richest man by Forbes. He has demonstrated an equal flair for generating digital attention: Musk will arrive on SNL just a week after four astronauts aboard a SpaceX Dragon capsule successfully splashed down at night in the Gulf of Mexico – which, as the first such landing by NASA astronauts since 1968, sparked memes and headlines galore.

Musk has also garnered notice for his quixotic tunnel plans, his cryptocurrency investments, an unexpected move to Texas, an infamous Joe Rogan podcast appearance, a more infamous cybertruck failure, his belief that pandemic lockdowns were “fascist,” and skeptical comments about the coronavirus vaccine, though he later walked those back.

Musk responded to news of his hosting two weeks ago not with gratitude but a gauntlet: “Let’s find out just how live Saturday Night Live really is,” he tweeted.

The decision to bring Musk onto the Studio 8H stage evoked irritation in some cast members that they couldn’t hide. Longtime performer Aidy Bryant posted a quote from Sen. Bernie Sanders, I-Vt., to her Instagram page that “the 50 wealthiest people in America today own more wealth than the bottom half of our people. Let me repeat that, because it is almost too absurd to believe: The 50 wealthiest people in this country own more wealth than some 165 MILLION Americans.”

Castmate Bowen Yang also took to Instagram to question Musk’s swagger. “What the . . . does this even mean,” Yang wrote about Musk’s “let’s find out” message, using an expletive to underline his point.

There is, however, a strategic calculus to the Musk invitation. SNL has had a rocky time, ratings-wise, since it returned to the studio in October for the first time during the pandemic. It was clocking a respectable 9 million viewers right around the presidential election but dropped to 4 million soon after and has often hovered in that lower range.

“I think Lorne recognizes if he just keeps playing to liberals on the coasts, his audience will wither,” said a late-night television veteran familiar with his thinking who spoke on the condition of anonymity to preserve a relationship with the producer. “So he’s trying something.”

But those efforts are fraught; previous attempts at audience expansion have backfired. In 2019, Michaels hired the workingman’s comic Shane Gillis to appeal to Middle America but had to let him go just days later after it was revealed Gillis had used racist and homophobic slurs.

Another bid for red America came last October with the naming of the earthy young country star Morgan Wallen as musical guest. That blew up, too, when Wallen was seen partying maskless in an Alabama bar. Michaels had to disinvite him, then wait two months before bringing him back to perform.

At a time when network programming has suffered a massive viewership drop as younger people pay more attention to social media stars, TV gatekeepers are trying to find ways to reach those audiences. The Musk move, experts say, may be Michaels’s version of going that influencer route.

“I think this could be about sampling – getting a few million of Musk’s Twitter followers to tune in who never would and then hope they stick around for more episodes,” Susskind said. The TV veteran – who as someone who worked on Fox’s “Married . . . With Children” is familiar with subversive TV comedy – said he understands the motivation for bringing on someone like Musk.

There’s just one small snag: “I don’t see any evidence he’ll be funny,” Susskind said. A mogul making fun of his own grandiosity can carry only so many sketches, Susskind noted. “And if it’s not comedically satisfying, I don’t know what it accomplishes.”

Musk has dabbled in Hollywood before, making an appearance in “Iron Man 2” more than a decade ago and “The Big Bang Theory” in 2015. But those cameos involved brief lines that can be manicured in the editing room. SNL entails numerous sketches and a minutes-long monologue. It’s also live.

The Musk appearance presses on a wound for a liberal media establishment with fresh memories of the last time Hollywood – and specifically NBC – gave its platform to a larger-than-life business tycoon. “My problem with it – like Trump before him – is it humanizes problematic people,” said Daniel Kellison, a late-night comedy veteran who has worked with the likes of Jimmy Kimmel, Michael Cera and Sarah Silverman. “And it’s unnecessary.”

Kellison also said he doesn’t think the move will give Michaels what he wants. “I do think people who normally wouldn’t watch will actually watch. But it’s a stunt and not truly indicative of audience,” he said. A spokeswoman for SNL declined to comment or make Michaels available to comment.

Meanwhile, the appearance can provide tangible benefits for Musk. Tesla sales slowed dramatically in many states last year during the pandemic, and the company is facing pressure in the electric-vehicle market from rivals GM and Ford.

Musk entering the living rooms of millions of Americans with some well-placed jokes – even at his own expense – could reverse some perceptions.

“What Elon is trying to show is the Tesla brand can go from a wealthy person’s car to an everyday person’s electric car,” said Gene Munster, the tech analyst and co-founder of VC firm Loup Ventures, who follows Tesla closely. “This is fun for him, but he’s also playing to a higher order.”

Munster said the appearance is a can’t-lose for Musk; even if he flops, the appearance will solidify his image as a regular guy. “I think the typical person watching it might say, ‘I like how this guy approaches life, he makes fun of himself,'” Munster said. “Replicate that a million times and it will be good for sales.”

Yet Musk’s candor can also negatively affect his business, as when he tweeted this spring that the share price was too high. It prompted a sell-off.

And then there’s the cryptocurrency story line. One of Musk’s favorites, the populist Dogecoin, has seen its share price more than double over the past week. In a historic first, speculators appear to be pouring into a volatile stock because of an investor’s appearance on a comedy show. “Dogecoin is surging because many cryptocurrency traders do not want to miss out on any buzz that stems from Elon Musk’s hosting of ‘Saturday Night Live,'” the Oanda analyst Edward Moya wrote.

Musk has fanned these flames, again walking the line between social media comedy and real-world impact when he recently tweeted “The Dogefather SNL May 8.”

A message to Musk’s press office at Tesla was not returned. The mogul, continuing a recent penchant for Shakespearean quotes, told the New York Post’s Page Six Tuesday that the cast being upset is “much ado about nothing.”

Whatever their feelings, it appears unlikely they will affect the show. Despite another report in Page Six citing a historical precedent that allows cast members not to perform if they don’t like the host, there is no indication that will happen. Cast boycotts are rare. One of the more famous incidents came when star Nora Dunn boycotted the shock-comic Andrew Dice Clay to protest his misogyny. That happened more than 30 years ago. Dunn did not return to the show the following season.

What may seem like an unwanted distraction over the host, in fact comes as what has historically been the elaborate choreography of “SNL” publicity, in which producers make use of a controlled amount of controversy to maintain relevance for a show that first that came on the air during the era of President Gerald Ford.

In 1992, musical guest Sinead O’Connor ripped up a photo of Pope John Paul II during the show to protest alleged sexual abuse in the Catholic Church. The moment provoked shock, condemnation – and ratings. While disavowed by some affiliated with the show, O’Connor’s move later came to be seen as prescient.

Miley Cyrus, herself no stranger to the benefits of bad publicity, will appear as musical guest Saturday.

SNL does have a history of figures outside entertainment and sports hosting the show, but it’s not recent. In addition to the McCain-Gore moments in the early-aughts, Jimmy Breslin, Rudolph Giuliani and George McGovern all hosted in the 20th century.

The most comparable situation to Musk might be when media mogul Steve Forbes, fresh off a failed run for the GOP presidential nomination, was, surprisingly, brought in as host 25 years ago. The appearance was a bid to juice low ratings during the 1995-1996 season. In an ironic turn, Forbes’s musical guest was the anti-capitalist punk-metal band Rage Against the Machine.

During their first song, band members attempted to hang an upside-down U.S. flag to protest Forbes. They were asked to leave the building before their second song. Forbes, meanwhile, received lukewarm reviews and faded from public view soon after. 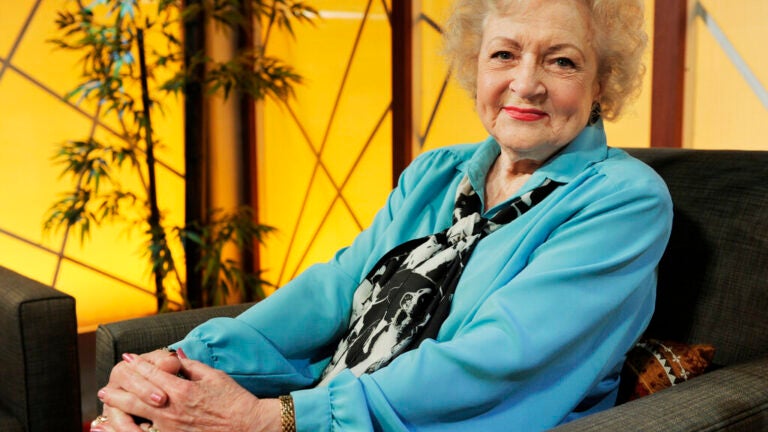