Seven years before Mike Richards was named the new host of “Jeopardy!”, he was the host of another program, a podcast called “The Randumb Show.”

In one episode that aired on Sept. 4, 2014, after an iCloud hack led to intimate images of female celebrities being disseminated online, Richards asked his co-host if she had ever taken nude photos of herself, according to an in-depth report published in the Ringer, which included audio clips.

“Answer it right now to your fans,” Richards told his co-host, Beth Triffon. “Have you?”

“Yes, you have,” Richards insisted.

“I’ve taken, like, cute pictures of myself,” she said, explaining that they were not nude photos.

Richards frequently made such comments about women and their bodies, as well as disparaging remarks about Jewish people and poor people, on the podcast that he hosted between 2013 and 2014, according to a review of all 41 episodes by the Ringer’s Claire McNear.

In another episode, for example, a guest made a nonspecific comment about big noses, according to the Ringer, which detailed the episode but did not post its audio. Richards jumped in: “Ix-nay on the ose-nay,” he allegedly said, speaking pig Latin. “She’s not an ew-Jay.”

The release of the podcast clips comes only a week after “Jeopardy!” announced that Richards, who became the show’s executive producer in May 2020, will succeed Alex Trebek, the trivia show’s longtime host who died in November.

Richards’s coronation as “Jeopardy!” host, along with actor Mayim Bialik for prime-time specials, followed a lengthy tryout period that saw guest hosts including NFL quarterback Aaron Rodgers, former “Reading Rainbow” host LeVar Burton and former “Jeopardy!” champion Ken Jennings vie for the coveted role. Because he was the executive producer of the show, Richards’s appointment raised questions about the role he played in the selection process, such as his ability to influence which appearances by each guest host were sent to focus groups that weighed in on the decision, the New York Times reported.

“Jeopardy!” is set to begin filming new episodes on Thursday, according to the Ringer.

But she shared a statement from Richards: “It is humbling to confront a terribly embarrassing moment of misjudgment, thoughtlessness, and insensitivity from nearly a decade ago,” Richards said. “Looking back now, there is no excuse, of course, for the comments I made on this podcast and I am deeply sorry.”

Richards added that “The Randumb Show” was meant to be “a series of irreverent conversations between longtime friends,” but “my attempts to be funny and provocative were not acceptable.” He said he removed the episodes from the internet.

In another 2014 clip posted by the Ringer, Triffon mentioned working as a model at CES, an annual technology trade show. Richards then called Triffon disparaging names, implying she was promiscuous. In another clip, Richards talked about a photo showing Triffon and her friends at a lake. He said her friends looked “fat” because they were wearing one-piece bathing suits.

He then joked about giving Triffon’s roommate a “smack.”

In addition to comments about women, Richards also made disparaging remarks about Haiti, the Ringer reported. When Triffon mentioned problems with her apartment in one episode that the Ringer detailed, Richards reportedly said: “Does Beth live, like, in Haiti?”

“Doesn’t it sound like that?” Richards reportedly added. “Like, the urine smell, the woman in the muumuu, the stray cats.”

Richards began his television career in 1997 as an intern for the “The Tonight Show With Jay Leno,” the Ringer reported. Ten years later, he auditioned to take Bob Barker’s place as the host of “The Price Is Right.” Although Richards was passed up for Drew Carey, Richards was given a job as the show’s co-executive producer. He later worked on “Let’s Make a Deal,” and then moved on to become executive producer of both “Wheel of Fortune” and “Jeopardy!”

In at least two clips on his podcast, Richards talked about wanting to host a television show. He spoke about his admiration for Jeff Probst, the host of the reality show “Survivor,” because “I like, you know, the average White-guy host,” Richards said.

“I cheer for him to succeed because I feel like through his success, I could have some success hosting,” he added.

In another clip, he said he admired Ryan Seacrest, the host of “American Idol,” because “he’s actually made the world a safer place for what I like to call the ‘skinny White host.'”

And, in a 2013 episode detailed by the Ringer, Richards made a confession at odds with his forthcoming hosting role.

“See, what I am is horrible at all trivia,” he reportedly said, adding, “I don’t have that kind of mind.” 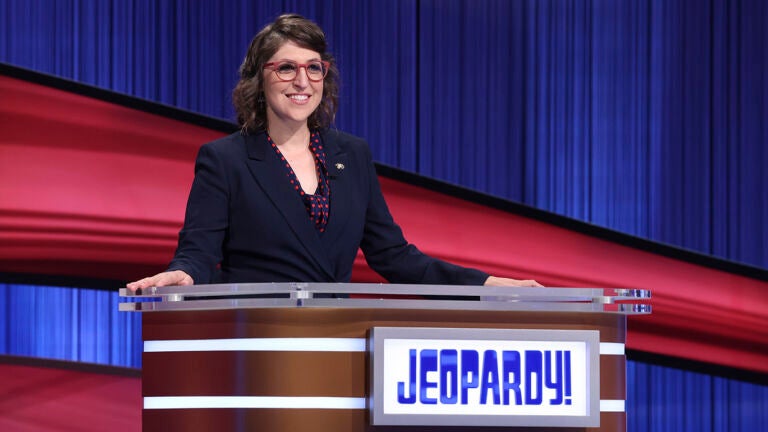