After nearly two decades on the air with an unmistakable tone of voice and some iconic suit jacket choices, journalist Jim Braude is signing off from TV… for now.

On Thursday evening, he hosted his final show as the anchor of GBH’s news and analysis program “Greater Boston,” a show he’s hosted since 2015, and enjoyed (and sometimes endured) a goodbye that won’t soon be forgotten.

But Braude fans don’t need to fret. He’s not disappearing from the airwaves entirely. Braude will continue his “Boston Public Radio” program on GBH 89.7 with co-host Margery Eagan, and will be doing so for a long time to come if Eagan has anything to say about it.

Here are the most memorable moments from Braude’s TV sendoff.

9. Jesse Mermell sneaks in a tribute

Jesse Mermell, president and founder of progressive think tank deWit Impact Group and a former candidate for Massachusetts’s 4th Congressional District, is a regular on “Greater Boston,” so it was no surprise that she appeared during Braude’s final show.

When asked what Mermell thinks the “big story of 2023” would be, she said there would be two. She began with her real answer, saying that, as much as she hates to predict this, the big story for 2023 will be the 2024 presidential election.

“The second story is how Massachusetts politics fairs without Jim Braude on TV every night,” she said, catching Braude off-guard (a feat in and of itself) with a sweet compliment.

The audience got a rare look into Braude’s imagination and sense of humor Thursday when he took his turn to predict the “big story of 2023.”

Now catching his discussion table off-guard, the three guest Democrats seemingly did not know how to react.

7. Braude refuses to reveal what the ‘H’ stands for

In his last “IMHO” segment, Braude made a cute callback to an audience and internet debate over what the “H” in the acronym stands for — honest, humble, or something else?

Braude said previously that an audience member had emailed to ask what the “H” stands for because they thought they had missed it. He revealed then that he’d never said what it stood for.

In his final “IMHO” segment, Braude decided to maintain the mystery, teasing in his intro, “I’m still not telling you what the H stands for.”

6. Some classic Eagan and Braude banter

Unsurprisingly, Braude’s “Boston Public Radio” co-host Margery Eagan made an appearance as part of the sendoff, and the two were sure to give the audience some classic Eagan and Braude banter.

From the first moment, Braude went in on Eagan, asking in a jokingly exasperated tone, “Why are you here, Margery?”

“Because I’ve been told you don’t want to mention any of the great things you’ve done in your eight years on ‘Greater Boston,'” Eagan explained, as Braude shook his head saying “I do not. I do not.”

The producers of “Greater Boston” took full advantage of the opportunity to call out Braude’s fashion choices on his last night.

For his “IMHO” segment, they decided to talk about “what the audience cares about” by determining the most common keywords found in audience feedback emails.

The number three keyword turned out to be “outfit,” and the show compiled some pictures of some of Braude’s boldest fits.

“That mobster look in the middle apparently was a particular hit with many of you,” Braude said to the viewers.

In between the banter, Eagan delivered a fitting tribute to Braude, summarizing his biggest accomplishments as the host of “Greater Boston.”

Eagan began by recapping some of Braude’s most memorable interviews, from Harvard academics to former prisoners and famous musicians. She also said the broadcaster was “fighting racism in places like Everett” long before other powerful people took notice.

But Eagan finished by hitting on Braude’s greatest strength — his ability to hold people in power to account.

“You are the king, the undisputed king, of never letting anybody get away with anything. You are the most prepared person on planet Earth. No paragraphs left unread,” she said.

“So when a politician says something wrong, you have the knowledge and the skill to challenge them. It’s very rare that an interviewer can do that.”

3. No one will ever forget Braude’s interruptions

If there’s one thing that Braude will be remembered for, it’s how much he interrupts both his cohosts and his guests.

His interrupting came up in every part of the goodbye, with both “interrupt” showing up as the most common keyword in audience emails, to the crew putting together some of the most egregious examples of his interruptions.

But Eagan delivered the most devastating blow during her tribute when she bluntly stated: “We all know that you just can’t shut up.”

“Well that seems to be a recurring theme,” Braude had to admit by the third time his interruptions were mentioned.

As blistering as her earlier comment was, Eagan took the opportunity Thursday night to get Braude to go on the record swearing he wouldn’t leave “Boston Public Radio” anytime soon.

“I want you to repeat after me. You will not leave ‘Boston Public Radio’ until hell freezes over,” she said.

“That is my intention,” Braude replied, not quite committing to staying on the air forever.

After all the jokes, Braude delivered one final monologue to say goodbye and thank you to loyal viewers and everyone involved in the show.

“Governor [Deval] Patrick once said on our radio show, ‘Jim Braude — sometimes wrong, never in doubt.’ He was right on both counts,” Braude began.

“But on this, I’m neither wrong, nor in doubt. I’ve gotten to sit across from some of the most interesting, provocative people virtually every night for almost a decade — senators, governors, activists, relentless journalists, people who make you laugh, people who feed you, many who have suffered, others who have worked to relieve that suffering,” he continued.

“I also have no doubt about this. Reporting and analyzing the news is a team sport. I’ve worked with and for so many good, competent, committed people at a place, GBH, that sets the standard for public media.”

“Most importantly, I have no doubt how lucky I’ve been to have people like you set aside a part of an occasional evening to spend with me. I tried to ask questions that I thought you would want answered. I hope I got it right more often than not.”

“So that’s it. See you on the radio and, who knows, maybe somewhere on TV. A sincere thanks to everybody, and please, don’t forget Ukraine.”

You can watch the full show below: 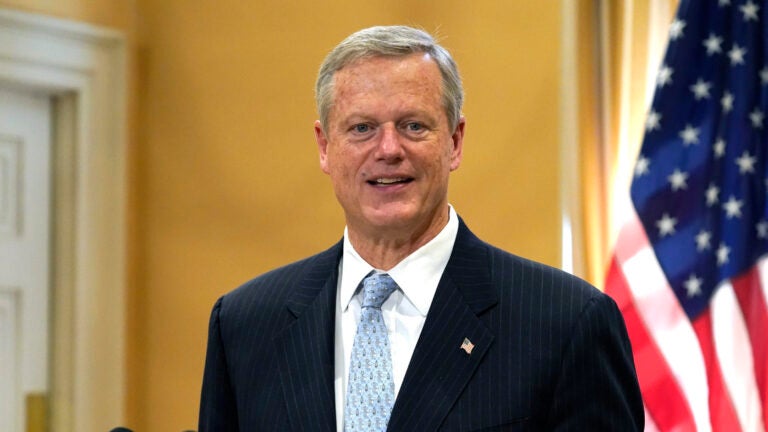