Prince Harry and Meghan, the Duchess of Sussex, announced Wednesday they would “step back as ‘senior’ members of the royal family” and split their time between Britain and North America.

The decision was announced on the couple’s Instagram account and was made “after many months of reflection and internal discussions,” they said. The couple added they intended “to carve out a progressive new role within this institution” and become financially independent.

“After many months of reflection and internal discussions, we have chosen to make a transition this year in starting to carve out a progressive new role within this institution. We intend to step back as ‘senior’ members of the Royal Family and work to become financially independent, while continuing to fully support Her Majesty The Queen. It is with your encouragement, particularly over the last few years, that we feel prepared to make this adjustment. We now plan to balance our time between the United Kingdom and North America, continuing to honour our duty to The Queen, the Commonwealth, and our patronages. This geographic balance will enable us to raise our son with an appreciation for the royal tradition into which he was born, while also providing our family with the space to focus on the next chapter, including the launch of our new charitable entity. We look forward to sharing the full details of this exciting next step in due course, as we continue to collaborate with Her Majesty The Queen, The Prince of Wales, The Duke of Cambridge and all relevant parties. Until then, please accept our deepest thanks for your continued support.” – The Duke and Duchess of Sussex For more information, please visit sussexroyal.com (link in bio) Image © PA

Although the statement gave no indication of where the couple would spend time in North America, speculation quickly grew that they would go either to Canada, a commonwealth country they recently visited, or Los Angeles, where Meghan is from.

“This geographic balance will enable us to raise our son with an appreciation for the royal tradition into which he was born, while also providing our family with the space to focus on the next chapter, including the launch of our new charitable entity,” the statement said.

On a trip to Africa over the summer, the couple spoke in interviews for a documentary about the struggles of royal life and the negative coverage they had received since they were wed. And in the fall, they filed a series of lawsuits against journalists’ invasive tactics.

Meghan has often been the focus of aggressive British tabloids since she married Harry in May 2018. He said in October she had been the victim of “a ruthless campaign” by the tabloids and invoked the history of his mother, Princess Diana, who died in a 1997 car crash in Paris as her driver tried to get away from photographers.

Over the past year, Meghan and Harry have also distanced themselves from some official royal engagements. Last month, for instance, they did not attend the NATO summit reception at Buckingham Palace or Queen Elizabeth II’s Christmas diplomatic reception. Instead, the couple and their son, Archie Harrison Mountbatten-Windsor, visited Meghan’s mother, Doria Ragland, in the United States.

Last year, Harry and his wife split from the Royal Foundation, a charity set up in 2009 by Harry and his brother, Prince William, that supports veterans, environmental conservation and mental health issues. They announced they would start their own charity in 2020, called Sussex Royal, which would focus on community-based projects. 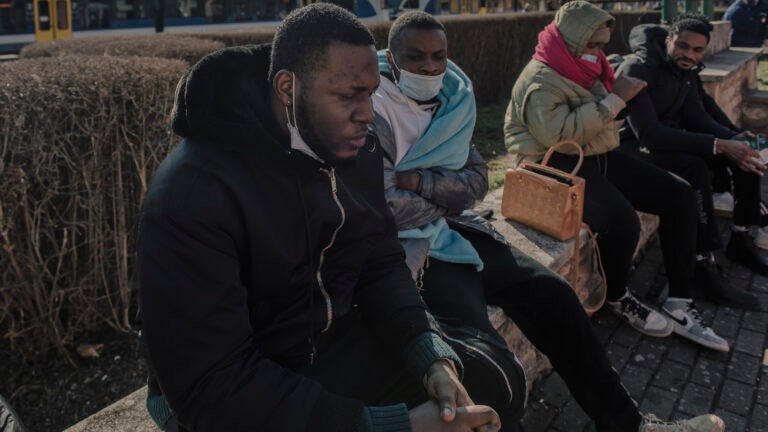