For the 40-year-old George Mikhailovich Romanov, the decision to wed his Italian fiancee in a lavish ceremony at St. Isaac’s Cathedral in St. Petersburg — in Russia’s first “royal” wedding in over a century — carried a complicated history.

On the one hand, St. Petersburg, once the capital of the Russian Empire, was built from scratch when the House of Romanov ruled from 1613 and 1917. St. Isaac’s is one of its grandest buildings, just across from the old imperial residences.

On the other, it is where the Romanovs’ rule over Russia came to a bloody halt after revolutions in 1917. The last czar, Nicholas II, was imprisoned in the nearby Alexander Palace. Nicholas Romanov, a distant cousin to the groom and the last royal family member to be married in Russia, was later shot and bayoneted to death, along with his wife and five young children, in Yekaterinburg.

Among the crowd was Maria Vladimirovna of Russia, the groom’s mother and the self-proclaimed heir to the imperial throne. The groom’s father, who calls himself Prince Franz Wilhelm of Prussia, is the great-grandson of Wilhelm II, the German emperor infamous for his erratic leadership before World War I.

In interviews before the wedding day, the groom had acknowledged that his family’s historical ties to St. Petersburg prompted the couple to get married there.

“It is very, very close to our family,” Romanov told Fontanka.ru of St. Petersburg, adding that the city was “the history of Russia” and “the history of the Romanov dynasty.”

The couple also said that their wedding would help promote modern Russia. “I believe that after so many months of the pandemic, this is an opportunity to show modern St. Petersburg, modern Russia to many foreign guests,” he told Fontanka.

Not all Russian officials welcomed the opportunity. Dmitry Peskov, spokesman for Russian President Vladimir Putin, told reporters Friday that the Kremlin had no plans to congratulate the happy couple. “This marriage does not belong on our agenda in any way,” Peskov said.

Though Putin has often co-opted Russia’s grand history to bolster his own legitimacy, the Romanovs’ legacy remains controversial within Russia. Some historians believe that as many as 30,000 people died during the construction of St. Petersburg, which was made at the behest of Peter the Great’s ambition for a European-facing capital.

Nicholas II and his family were canonized by the Orthodox Church in 2000 after their bodies, buried in secret by Soviet authorities, were transferred to St. Peter and Paul Cathedral in St. Petersburg two years before.

Polls suggest that Russians have mixed feelings about the end of the empire. In a 2017 report by pollsters Levada, roughly 42% said the loss of the imperial status was “very great,” though a slightly greater percentage said it was not. Nicholas II ranked behind Soviet figures such as Vladimir Lenin and Joseph Stalin in a ranking of historical figures in the same survey.

Born in Madrid, Romanov lived most of his life in France, but met his future wife in Brussels while he was working for the European Parliament. He first visited Russia in 1992, when he visited St. Petersburg, and moved to Moscow in 2019, where he and Bettarini were wed in a civil ceremony Sept. 24. 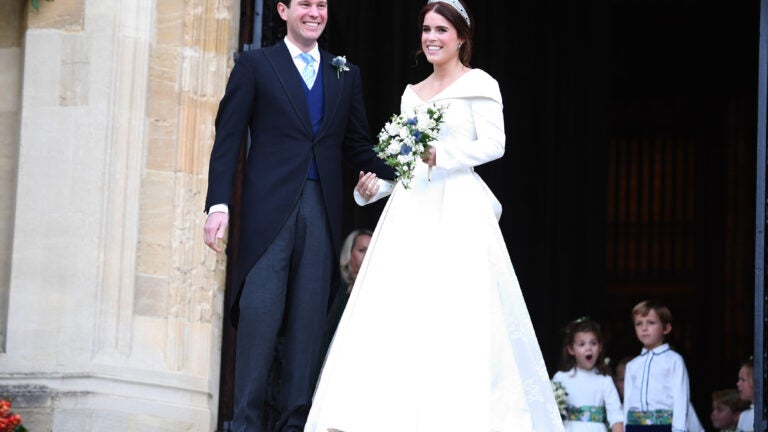