Can’t draw? Pshaw. Shelli Paroline wants you to know that when it comes to comics, anyone can become a creator. 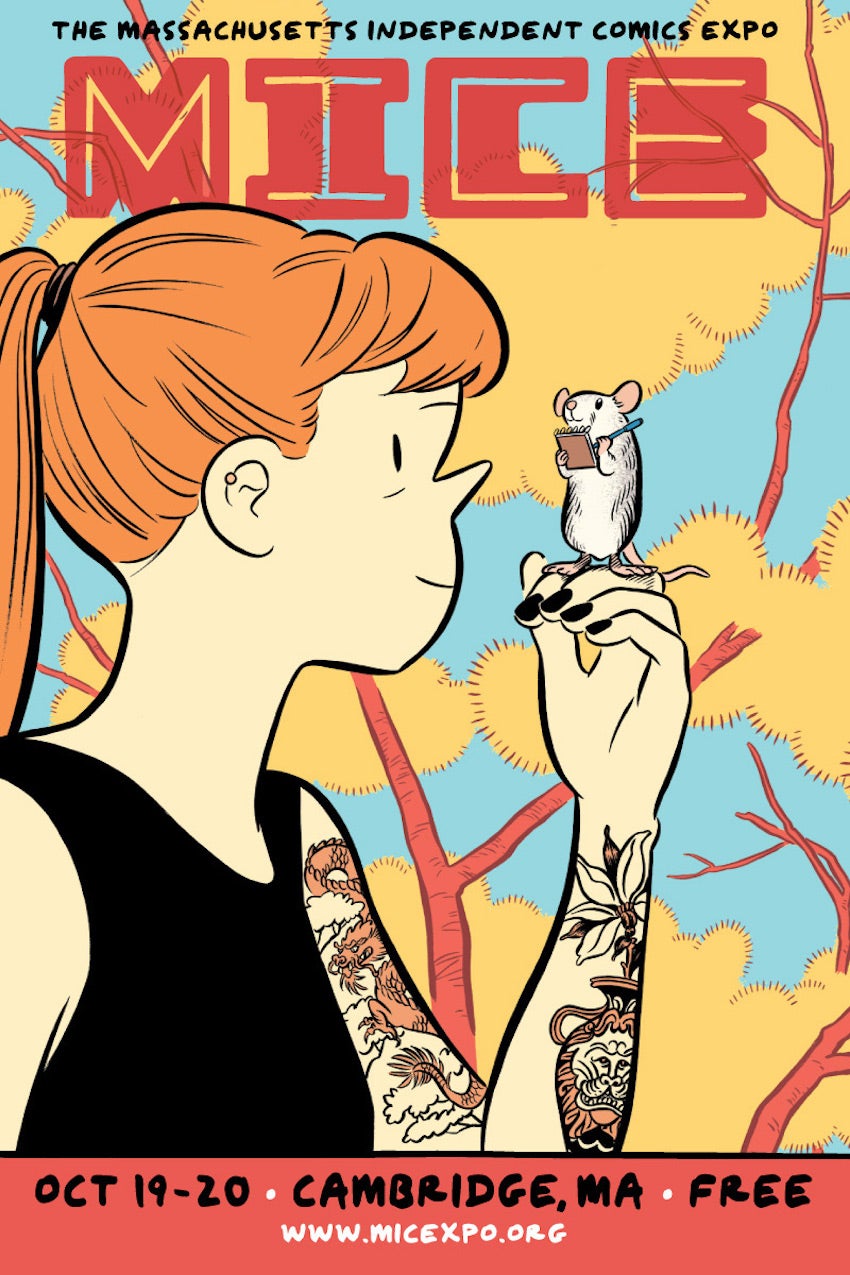 Paroline, of Salem, is an accomplished illustrator and comics artist, and also co-director of the Massachusetts Independent Comics Expo — better known as MICE — the free, two-day comics festival whose 10th annual iteration is coming to Lesley University in Cambridge this Saturday and Sunday, Oct. 19 and 20.

Produced by the Boston Comic Arts Foundation, MICE is for anyone who creates comics, looking to discover new comics, or who wants to bridge the gap between those two groups.

“We really like to show that there is a small barrier between you being an attendee and being a creator yourself,” says Paroline, who — with her husband, fellow illustrator Braden Lamb — is known for her work on the “Adventure Time” comic book, based on the TV series, in addition to numerous collaborations with other writers.

With its focus on independent creators and the art of making comics, MICE can be a launching pad for people looking to break into the field, Paroline explains.

“This is basically how a lot of people get their start,” Paroline says. “They say, I made a book and I came to a show, and people bought it and passed it on and shared it. So it’s very important to us to show how easy that can be.”

And for would-be artists and cartoonists who have ideas but don’t know exactly how to execute, MICE can help with that too.

“We just put a workshop together with [cartoonist and art educator] Cara Bean that is called ‘No Perfect Drawings,’” Paroline says. “So this is really about kind of getting over those creative blocks that you might have.

“I hear it all the time as an artist — ‘Well, I can’t even draw a stick figure.’ And it’s like, you definitely can!,” she says. “And [Bean] is going to either help people who are hesitant about trying their hand at drawing, or people who just need a little push in getting over that fear. And [show] just how how therapeutic drawing and doodling can be.”

“No Perfect Drawings” is just one of about two dozen workshops and panels running at MICE over the course of the two-day event. Other workshops include everything from beginner sessions on “Making Comics” and a “Cartoonist Bootcamp” to intermediate sessions on “Autobio Comics” and “Writing Real Characters.”

Panel topics, meanwhile, cover everything from “Developing Graphic Memoir” to “Comics Visual Literacy.” And attendees will also get to see cartoonists in their natural habitat in the expo’s “Cartoonarium,” where cartoonists will sit and sketch and interact with anyone who wants to pay a visit. “You have to bother them!” suggests Paroline. 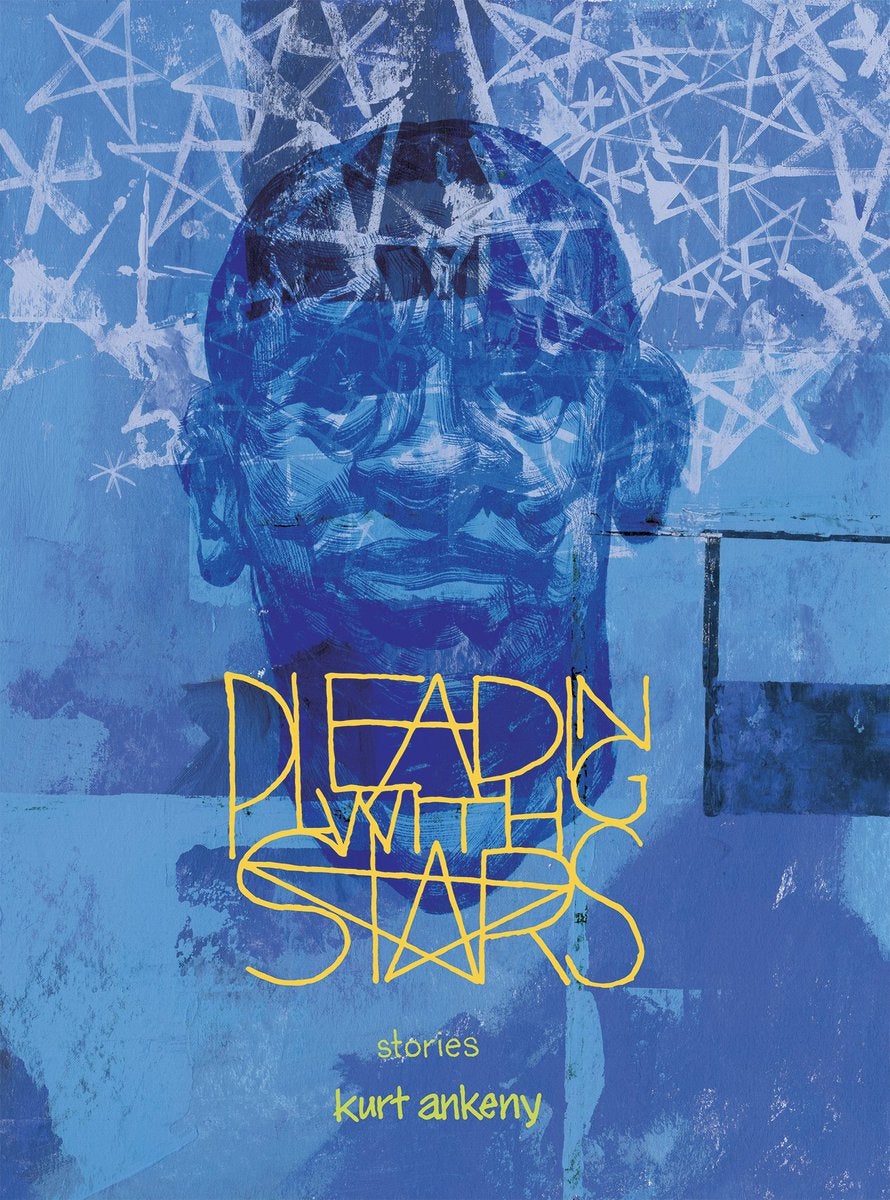 Kurt Ankeny’s “Pleading With Stars” makes its debut at MICE.

The Cartoonarium is “one of the things I really like about MICE,” says artist and graphic novelist Kurt Ankeny, also of Salem, a MICE instructor and panelist. “People can sit there and watch, and that can reveal a lot about people’s processes and just how we do it, and demystify the process a lot.”

Ankeny — whose new book “Pleading With Stars” will be among the hundreds of books and comics for sale in the exhibitors sections at the expo — is also impressed by the crowds that MICE draws each year.

“One of the things I think that MICE does especially well,” he says, “is it gets one of the most consistently enthusiastic and diverse crowds I’ve ever seen at a show.”

“There is something for everyone,” says Paroline. “We’re an all-ages show, but that doesn’t mean that there aren’t some cartoonists with adult-only content. This is [for] independent creators. This is who they are and what they’re putting out there, so we welcome it all.

“Just to help with families, we put up balloons on tables that have kid-friendly materials,” she notes. “And so it’s like a nice little scavenger hunt as you hunt around for new books.”

Attendees will also get face time with the expo’s typically impressive roster of guests, who this year include Jaime Hernandez of the groundbreaking “Love and Rockets” comic, “Kiss Number Eight” co-authors Ellen Crenshaw and Colleen A.F. Venable, and “Unbeatable Squirrel Girl” artist Erica Henderson of Somerville.

And with 10 years under its belt, Paroline takes some satisfaction in how MICE has become something of a staple in the local comics community.

“One of my favorite anecdotes right now is that I had maybe an 18-year-old come up to me last year and say, ‘Oh yeah, I’ve been coming to MICE since I was a kid,’” she says, laughing.

“I think in the beginning I really had to try to explain how we were different from comic cons and what we’re trying to do in our local community,” she says. “So it’s really nice that people are becoming more familiar with MICE.”

Listen to Shelli Paroline and Kurt Ankeny on Strip Search: The Comic Strip Podcast below. 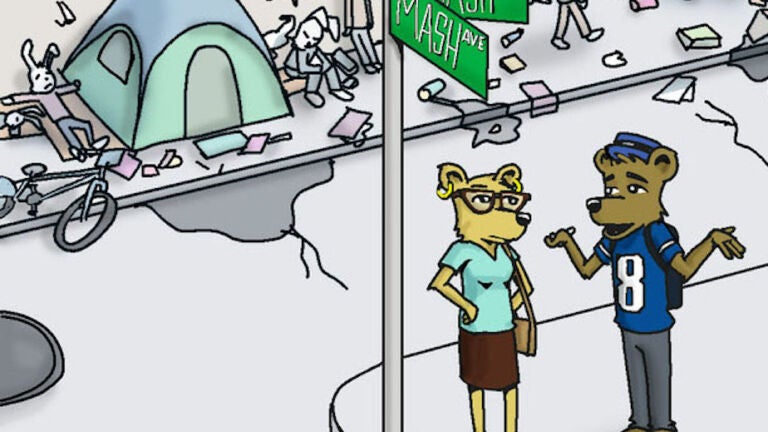