The Museum of Fine Arts, Boston, is going big for its 150th anniversary celebration in 2020.

Beginning in April, the museum will display its entire collection of Claude Monet oil paintings — all 35 of them, which is “among the largest holdings of the artist’s work outside France,” according to the museum’s announcement. Six Monet paintings on loan from private collections will round out the exhibition, bringing the grand total of works to 41.

Titled “Monet and Boston: Lasting Impression,” the exhibition will highlight the city’s and the museum’s commitment to the artist. Between April 18 and Aug. 23, guests will be able to see works from Monet’s lifetime, ranging from early paintings completed in the 1860s to his later Impressionist Grainstacks, Rouen Cathedral, and Water Lilies series. Boston has long been a “center for the collection and appreciation of Monet’s paintings,” the museum said, and many of the artist’s works were brought to the city during his lifetime.

While the MFA dedicated a permanent gallery in 2016 to a rotating display of Monet’s works, it has been a quarter of a century since the institution’s entire collection has been displayed in full. As the museum notes, it’s a “once in a generation” opportunity to view it.

See below for the complete list of Monet paintings that you’ll be able to view:

Correction: Due to an editing error, this post has been updated to clarify the timing of numerous paintings’ arrivals. The title of one painting, “Valley of the Creuse (Gray Day)” (1889), has also been corrected. 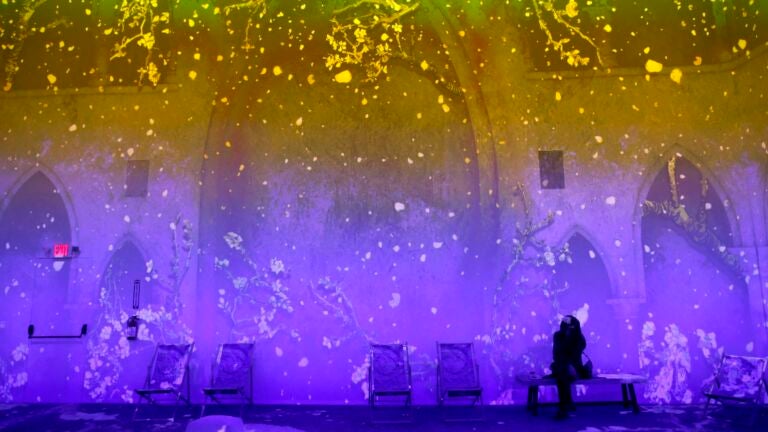 'Van Gogh: The Immersive Experience' is a no-Gogh