While Massachusetts businesses and cultural institutions remain partially open amid reopening rollbacks, many residents are continuing to stay home due to the coronavirus pandemic. With that in mind, this week’s BosTen offers a mix of in-person and virtual things to do this weekend. Have an idea about what we should cover? Leave us a comment on this article or in the BosTen Facebook group, or email us at [email protected].

We’re in the midst of Mass Beer Week, a celebration of the vibrant brewery scene in our state and a chance to toast all of its talented local brewers. Though the event wraps up on March 13, there are still plenty of ways to participate. Exclusive beer releases will take place throughout the weekend, along with guided tastings, beer pairing dinners, and virtual sit-downs with brewers. A few highlights include Thursday’s “Meet the Brewers Freshman Class” with Penny Pinchers Brewing, Friday’s virtual beer tasting with Night Shift Brewing, and Saturday’s St. Patrick’s Day Shenanigans at Cape Cod Beer. Check out the full list of activities here.

Burlington native Amy Poehler (“Saturday Night Live”) has another hit on her hands with “Moxie,” which reached the top spot on Netflix following its release last week. Directed and produced by Poehler, the coming-of-age tale follows Vivian (Hadley Robinson), a shy 16-year-old who tends to keep her head down in the halls of her high school. Inspired in part by the arrival of a new student and by her activist mother’s (Poehler) rabble-rousing past, Vivian begins to reckon with the previously unchecked behavior of her fellow students by publishing an underground zine that puts her at the center of a school-wide revolution. Along with a cast of teenage newcomers, “Moxie” also features Clark Gregg (“The Avengers”), Ike Barinholtz (“Blockers”), and Marcia Gay Harden (“Mystic River”).

With St. Patrick’s Day less than a week away, it’s fitting that the spirit of choice this week for Boston.com’s cocktail club is Irish whiskey. Swing by at 7 p.m. on Thursday to watch host Jackson Cannon (The Hawthorne, Eastern Standard) and guest Patty Hernandez (Stillwater) teach you how to make two classic cocktails that use Irish whiskey: a Whiskey Sour and an Irish Mule. Attending the Zoom is free, and you can purchase a kit with all the ingredients you’ll need here. Proceeds from the event benefit Off Their Plate.

Try your luck with Gronk at Jimmy Fund Bingo Night

Hundreds of people are expected to be virtually supporting the Jimmy Fund during its livestream Bingo night this Friday at 7 p.m on the charity’s Facebook page. Former Patriots tight end Rob Gronkowski and his girlfriend Camille Kostek will emcee the fundraiser, with fun prizes available for every round and a grand prize at the end of the evening. To receive a Jimmy Fund Bingo card, make a donation of $10 or more by 2 p.m. on the day of the game through the Jimmy Fund website.

Get a head start on St. Patrick’s Day bites

St. Patrick’s Day doesn’t officially land until next week, but some restaurants have already started to offer special food and drink items for the holiday (available for takeout, too!). Corned beef reuben sandwiches and shepherd’s pie are now offered at City Works in Watertown, while Summer Shack has a broiled dinner special available starting Friday, which includes ten-day brined corned beef served alongside boiled vegetables, mustard pickles, and horseradish. At Clover Food Lab, diners can pick up a Dinner Box featuring an Irish soda bread kit along with Irish stew, Irish potato pancakes, and more; or a Full Irish Breakfast Box with tea and scones, black pudding sausage patties, tempeh bacon, and eggs. And at Harvest, an at-home dinner for two includes Irish ale and cheddar soup, corned beef and cabbage, and Irish soda bread pudding.

Blend art and fitness with B/SPOKE

Indoor cycling studio B/SPOKE is dipping its toes into the art world by hosting an experiential art show this weekend at its 20,000 square-foot pop-up space in South Boston. Running Friday through Sunday, local artists will be showcasing and creating their works, live DJs will be playing music, and there will be food trucks, art installations, and dance performances, all occurring at the same time as a selection of B/SPOKE’s fitness classes. You can sign up for fitness classes or book a timed entry to the warehouse just to look around through the company’s Eventbrite page.

Dine out or takeout with Dine Out Boston

Boston’s annual restaurant week, Dine Out Boston, returns March 14 to March 28, with many restaurants offering both dine-in and takeout deals. More than 100 participating restaurants will serve a multi-course lunch for $15, $20, and $25, while dinners are available for $28, $33, and $38. Place an order for rotisserie chicken plates from Branch Line in Watertown, a vegetable lasagna dinner from MIDA in the South End, and a fried oyster lunch from Union Oyster House in downtown Boston.

Back in March 2020 when musical and theatrical performances were still being canceled on an ad-hoc basis, some of the first shows to be axed by the pandemic were from folk vocalist Aoife O’Donovan and mandolin virtuoso Chris Thile, who were both tapped to perform by the Celebrity Series of Boston. This Friday at 7:30 p.m., they’ll be joining the organization virtually for a live Q&A following pre-recorded performances from Studio 9 Porches in North Adams. Tickets are available for $20 each on the Celebrity Series website.

As the scientific community continues its efforts to elevate women in STEM (science, technology, engineering, math) fields, the MIT Museum is offering a helpful reminder that women are welcome in all professions, even those that might be considered a bit gross. This Saturday, the museum celebrates its twice-annual Girls Day with a full day of programming dedicated to “Icky Science,” featuring researchers who study everything from insect larvae to poop. Register in advance for the free talks of your choice on the MIT Museum website.

Like clockwork, Pi Day (March 14) has returned this year to remind us that both pizza pies and sweet pies are fair game on this quirkiest of “holidays.” At Blaze Pizza, snag an entire pie for $3.14 using the Blaze Pizza app. Cambridge’s Milk Bar will offer a mini milk bar pie for $20, while UNO’s will celebrate with a $3.14 individual cheese pizza. And over at New City Microcreamery, the ice cream shop is offering half portions of its key lime pie and chocolate cream pie for the special day ($22 each). Pre-orders should be made by Thursday, and pickups are available at New City’s Hudson and Cambridge locations between 8 a.m. and 10 p.m., Friday through Sunday. 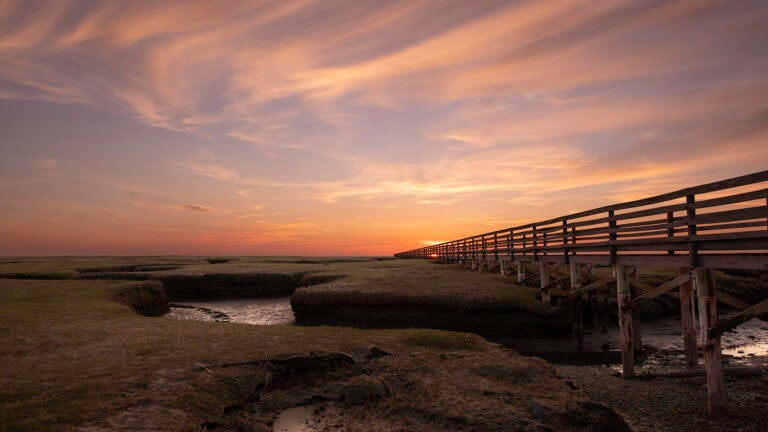