The Boston Freedom Rally, unofficially known as ‘Hempfest,’ is scaling back for its 30th anniversary.

The rally, which usually runs for three days, is restrained to just one this year after a slew of complaints following the 2018 event. Parks officials alleged the Massachusetts Cannabis Reform Coalition (MassCann) violated its permit by allowing people to drive vehicles on the Boston Common and smoke in the park. Critics also said the weekend left the park “a complete trash heap.”

This year, MassCann has blocked off seven hours for cleanup the day after this year’s rally to “make sure we’re getting every last bit of trash,” press secretary Maggie Kinsella said. They’re also discouraging the use of single-use plastics at the event.

Kinsella said the organization is expecting a packed rally now that it’s been cut into one Saturday, so they plan to space out vendors to make sure rally-goers don’t get too cramped.

‘Hempfest,’ which was founded as a way to practice civil disobedience, may seem a little less edgy now that recreational marijuana is legal in Massachusetts. However, public consumption — which organizers are neither promoting nor dissuading — is still banned. Violations could cost you up to $100.

Kinsella stressed the importance of knowing the laws to make sure any civil disobedience you’re practicing is intentional. MassCann discourages buying or selling weed at the rally, and though you can possess an ounce of marijuana legally, you can be arrested for less than one ounce if you intend to sell.

As far as buying goes, Kinsella said to stay away from the guy who’s trying to sell you brownies. “You can only pretend to know what is in that brownie, cookie, Rice Krispie treat, or space cake,” the MassCann website advises.

Rally-goers will also be met with food options aplenty alongside vendors selling glassware, apparel, and more. There’s also a 21+ area (they will be checking IDs) for cannabis product brands concerned about advertising their wares to minors. Cannabis and THC products will not be sold in this area either.

The focus of the event in the post-marijuana prohibition world is to educate people on cannabis and the stigma around using it, Kinsella said.

“We’re trying to just make sure that people get some good education,” she said. “Even though it’s been legalized, there’s still a lot of work to do.”

‘Hempfest’ features an “education village” where various organizations will set up booths to distribute information on all things weed. MassCann has also arranged for a large array of speakers to talk about their experiences in the marijuana world and for educational panels on topics such as marijuana as a health supplement and social justice in the weed industry. A full list of speakers and panel topics can be found on MassCann’s Instagram.

“It’s one of the most peaceful rallies that Boston has, and we’d like to keep it that way,” Kinsella said. “We just want to see people come and just kind of hang out for the day and learn about cannabis.” 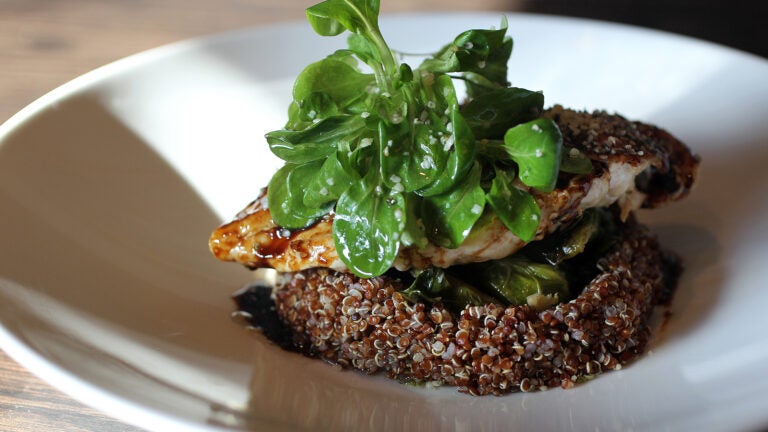 The 31 best things to do around Boston this March