The 2020 Boston Calling lineup is here, and organizers are emphasizing ’90s alternative rock in a big way for this year’s slate, most of all with its trio of headliners.

Foo Fighters, Rage Against the Machine, and Red Hot Chili Peppers, three of the biggest rock acts of the era, will headline this year’s festival, which will be held at the Harvard Athletic Complex in Allston from May 22 to 24.

Both Foo Fighters, who play Friday, and Red Hot Chili Peppers, who close the festival on Sunday, were previously announced as headliners back in November, while Consequence of Sound first reported earlier this month that the recently reunited Rage Against the Machine, who plays Saturday, will be the third headliner.

Other high-profile names among the 60-plus acts scheduled to perform include roots rock singer-songwriter Jason Isbell and his band the 400 Unit, hip-hop duo Run the Jewels, English rockers The 1975, and singer-songwriter Brittany Howard, who first played Boston Calling in 2015 with her group Alabama Shakes.

“I clearly remember the last time I played Boston Calling, it was an incredible night…there was a blood moon in the sky! The energy was electric and we had a blast,” Howard said in a press release. “There was even a marriage proposal on stage! It was pretty incredible; I always love playing Boston and look forward to returning to such a fun festival in a great city.”

As in previous years, the Boston Calling lineup features a number of acts with local and regional ties, including rock band Dinosaur Jr., who were founded in Amherst and fit right in with the ’90s alt-rock vibe of the headliners. Also repping the local scene at the festival are Boston-based MC Cliff Notez, Lowell rockers PVRIS, industrial hip-hop crew Camp Blood, and longtime Boston rockers The Sheila Divine. The festival’s arena lineup also features a lineup of 12 local DJs and 19 area comedians.

Check out the full Boston Calling 2020 lineup below. Set times will be announced at a later date. 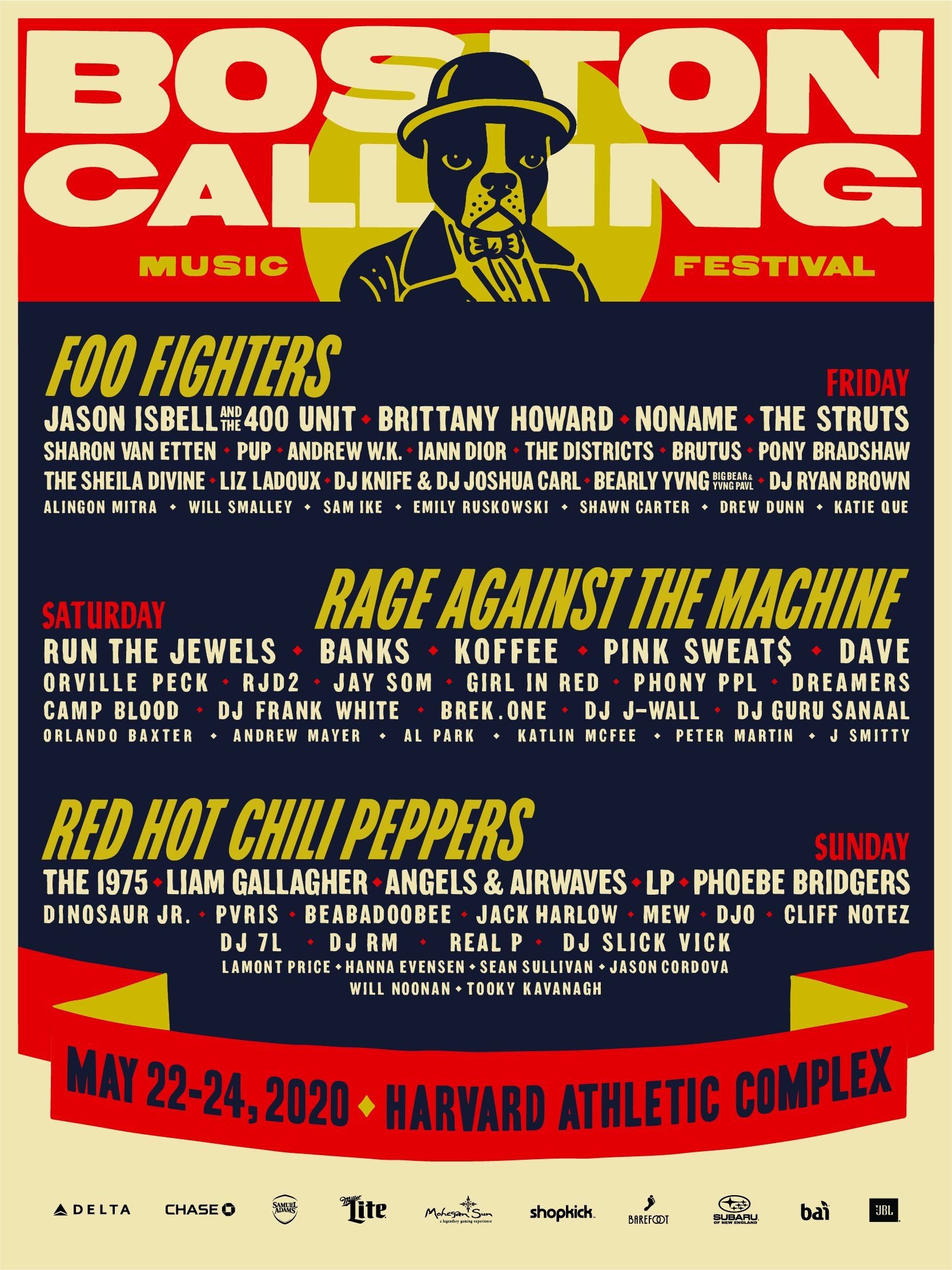