After a promising first year that saw 46,000 attendees at 106 events throughout Boston, Cambridge, and Somerville, HUBweek — a creative festival that celebrates innovation at the intersection of art, science, and technology — is gearing up for its second edition from September 25 to October 2.

“The inaugural HUBweek festival was an outrageous success,’’ Linda Pizzuti Henry, HUBweek chair and The Boston Globe’s Managing Director, said in a statement. “We’re so thrilled to launch HUBweek 2016, and cannot wait to see what we create together this year.’’

This year, the festival has grown to more than 120 events and more than 250 speakers, covering everything from street art to anti-aging technology. The events will feature panelists who are luminaries in the fields of medicine and education, as well as top executives at major companies like Bank of America, HubSpot, Xerox, and GE Ventures.

According to HUBWeek spokeswoman Liz Paquette, more than 130 organizations are joining the four founding partners — The Boston Globe, Harvard, MIT, and Massachusetts General Hospital — to make this year’s festival happen. Additionally, $1.35 million will be awarded to organizations, entrepreneurs, and creatives at this year’s festival. During HUBWeek’s Demo Day series, some of the most promising startups in the city will have a chance to pitch to a panel of experts for a chance to receive funding.

Even though a city as intelligent and forward-thinking as Boston has events that will make you smarter every single month, some of the ones featured at HUBWeek stand out from the crowd. Here are 10 events worth putting on your calendar.

(Note: Boston.com is owned by Boston Globe Media, a founding partner and sponsor of HUBWeek.)

Boston has one of the highest costs of living in the nation, and breaking into the ultra-competitive housing market has become increasingly difficult. This weeklong interactive exhibit, hosted by CBT Architects, encourages visitors to think critically about emerging building patterns and practical housing solutions for the city. (Monday through Friday, September 26 to 30, 8 a.m. to 6 p.m.; Rowes Wharf Plaza on the Greenway; free; all ages)

The Science of Addiction: How Opioids Work in the Brain

This panel, hosted by STAT senior enterprise reporter David Armstrong, explores the science behind opioid addiction and the possible treatments — including abstinence, medical therapy, and even the development of a heroin vaccine — that are being discussed by medical professionals. (Note: STAT is a national health and life-sciences news website owned by Boston Globe Media.) (Tuesday, September 27, 8 a.m to 9:15 a.m.; Ragon Institute; free; all ages)

Whether you’re a frequent visitor to the Boston Public Market’s new home at 100 Hanover St. or you’ve never been to the BPM in your life, there’s plenty to learn on this tour. From hydroponic growing to an indoor beehive, the tour explores the innovative strategies some of the 40 local food companies that inhabit the market are using to improve their business and keep their food tasting great. (Tuesday, September 27, 1 p.m. to 2 p.m., and Thursday, September 29, 5 p.m. to 6:30 p.m.; Boston Public Market; free; all ages)

The Art and Science of Podcasting

Just as WGBH produces many of the television shows seen on PBS channels nationwide, WBUR is the home of some of NPR’s most popular radio programs and podcasts. Join the creative team behind podcasts like Modern Love, Dear Sugar, and The Magic Pill as they discuss every step for making a successful podcast, including refining a concept, building your voice, and editing the final product to a proper length. (Wednesday, September 28, 5:30 p.m. to 7 p.m.; Fenway Park; free; all ages)

One major highlight of HUBWeek is the GlobeDocs Documentary Film Festival, a five-day event featuring 15 films and a series of conversations built around their themes, ideas, and content. Kicking off the festival is a two-part screening of two films about Red Sox slugger David Ortiz. The first, David Ortiz: The Journey, debuted on NESN on September 16, while the second, The David Ortiz Era, will air on NESN following the Red Sox-Yankees game on September 28, the same night as its GlobeDocs debut. (Wednesday, September 28, 7 p.m.; Fenway Park; $10; all ages)

From Mozart to Aerosmith

For this panel on the intersection of music and medicine, HUBWeek found four panelists who are experts in both disciplines, including MGH pediatrician and founding director of the Longwood Symphony Orchestra Dr. Lisa Wong; and Dr. Rudy Tanzi, whose groundbreaking Alzheimer’s research and time spent playing keyboard for Aerosmith earned him the nickname “the rock star of science.” (Thursday, September 29, 4 p.m. to 6:30 p.m.; Russell Museum of Medical History; free; all ages).

Life is short, as the saying goes. But how short is it, exactly? Thanks to the latest research, there may be ways to identify primary causes of aging, slow down their effects, and even reverse them in some cases. A panel of experts in neurology, genetics, and stem cell and regenerative biology will be on hand to tell you just how far the clock can be turned back. (Friday, September 30, 5:30 p.m. to 7 p.m.; Harvard Geological Museum, Lecture Hall 100; free; all ages)

The Hynes Convention Center will play host to some of the most successful companies in the burgeoning Boston startup scene, as well as those who hope to one day join them. Attendees can check out a day’s worth of free workshops in topic areas such as product and design, using Facebook to grow a business, and salary negotiation from experts in the field. In the afternoon, a select number of startups will make pitches in the hopes of leaving an impression on the assembled crowd and panel of business experts. (Friday, September 30, 11 a.m. to 7 p.m.; Hynes Convention Center; free; all ages)

Google is partnering with local technology organizations to provide a free, fun atmosphere for kids at the Boston Children’s Museum. With interactive demonstrations in virtual reality, robotics, and hands-on electronics, the tech giant hopes to inspire a new generation to take an interest in science, technology, engineering, math, and computer science. (Saturday, October 1, 12 p.m. to 5 p.m.; Boston Children’s Museum; free; all ages)

You can love that dirty water all you want, but would you drink it? That’s the question at the center of the closing party, which features a competition between six Massachusetts breweries to craft the best beer featuring water from the Charles River. Cape Ann Brewing, Castle Island Brewing Co., Harpoon Brewery, Idle Hands Craft Ales, Ipswich Ales, and Sam Adams have partnered up with Newton-based water technology company Desalitech to ensure that the “dirty water” is clean enough to drink. (Saturday, October 1, 5 p.m. to 10 p.m.; SOWA Power Station; free admission, $25 for the beer tasting; 21+) 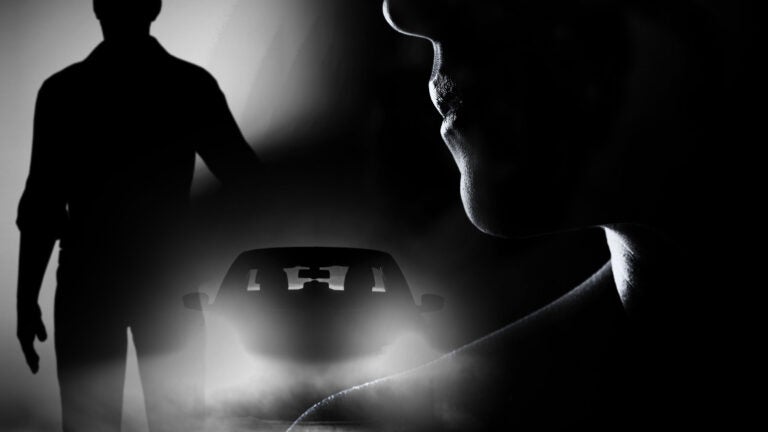 We want to know: What true crime podcasts are you listening to?