More than two years after announcing plans to open a Back Bay location, Chick-fil-A has moved into Copley Square, drawing long lines when it debuted at 6:30 a.m. Wednesday.

“We’re on our way, Back Bay!” the fast food chain announced in an Instagram post on Tuesday. “Who’s ready?”

The Back Bay newcomer, which is currently hiring employees, took over a former Boloco location at 569 Boylston St.

While there are 16 Chick-fil-A locations operating in Massachusetts — including outposts in Dedham, Burlington, Woburn, and Framingham — this is the first time a location has opened in Boston. It’s not the first time the company has tried: In 2012, Chick-fil-A was looking at a location on the Freedom Trail. But Boston’s late mayor Thomas Menino was not a fan of the controversial company, whose former CEO, Dan Cathy, confirmed in 2012 that he stood against gay marriage.

“We are very much supportive of the family — the biblical definition of the family unit,” Cathy told the Baptist Press at the time. “We are a family-owned business, a family-led business, and we are married to our first wives. We give God thanks for that.”

Following the comments, Menino wrote a letter to Cathy urging him to “back out of your plans to locate in Boston.”

“I was angry to learn on the heels of your prejudiced statements about your search for a site to locate in Boston,” Menino wrote. “There is no place for discrimination on Boston’s Freedom Trail and no place for your company alongside it.”

He later acknowledged that he couldn’t do anything to prevent Chick-fil-A from expanding to Boston.

Since Cathy’s statements, the company has insisted that it does not condone homophobic views, and in 2019, Rodney Bullard, the executive director of the Chick-fil-A Foundation, told Business Insider that the chain would consider working with or donating to LGBT youth organizations. In September, Cathy stepped down as CEO; his son, Andrew Truett Cathy, took his place.

In 2018, Meg Mainzer-Cohen, president of the Back Bay Association, told Boston.com that she couldn’t anticipate how people would react to a Boston location.

“My understanding is that the company has evolved and that Boston has evolved,” she said. “For us, the big priority is, is it a business that is going to flourish in the location?”

It might: In a 2020 Boston.com poll, readers named Chick-fil-A as one of their favorite food chains. There were other chains that took the top spots, though, including Ninety Nine Restaurant & Pub — and, of course, Dunkin’. 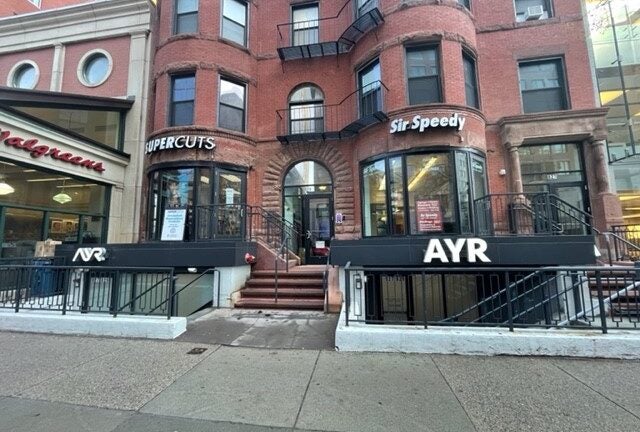