In before times, Patrick Sullivan’s normal involved years as a driving force behind Boston’s craft cocktail scene. Now, he’s preparing to open a new concept outside of Boston and reveling in his newfound appreciation for family dinners.

“It finally feels like there is a light at the end of the tunnel,” Sullivan said. “I’m hoping COVID-19 stops ravaging our community and we can get back to normal.”

He opened the B-Side Lounge in 1998, which produced some of Boston’s top craft bartenders. He later served as director of bar operations at Legal Sea Foods. In 2012, he co-founded Brick and Mortar in Cambridge. He plans to launch a new venture this spring, but he’s reticent to discuss details just yet.

Ahead of his live virtual class with the Boston.com Cocktail Club on Wednesday evening, the longtime local bartender shared where you’ll find him rocking out eventually, the upside of a traffic-free Boston, and why he’s drinking Pastis and water.

What will you do first once we return to ‘normal’?

Without hesitation, I can tell you that I’m most looking forward to having access to live music in a bar setting again. Of course, we never imagined a world where access to live music would be interrupted, but having now lived through that phenomenon, I’m never taking it for granted again. Once things get back to normal, you’ll be able to find me at The Sinclair throwing fistfuls of cash at the bartenders.

Can you tell us a little bit about your career in the restaurant and bar scene? 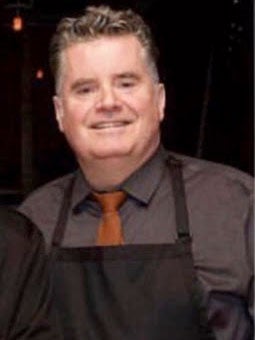 It’s been incredible, really. I’ve had the opportunity to do some fun and interesting things, and have met wonderful people. And I somehow carved a career out of pouring liquid from liter-sized vessels into much smaller vessels.

I cut my teeth bartending at the then newly expanded and world-famous East Coast Grill & Raw Bar. This was an eye-opening experience, to say the least. It was here I saw firsthand that anything was possible if you were willing to put in the work to achieve it.

In 1998 I eased open the doors of a place called the B-Side Lounge, in scenic East Cambridge. This was a special time in the restaurant and bar world; things were exploding. This was the time that bartenders, managers, and owners began treating their bar program like they would a good restaurant’s kitchen. The bar was not an afterthought. The bar could now be the focus.

The internet was in its infancy and growing, introducing wider and wider audiences to what was happening in the bar and restaurant world. The cocktail movement was being born, and it was amazing to be a part of that movement.

In 2009 I was fortunate to have the opportunity to join Legal Sea Foods as director of bar operations. Legal Sea Foods was on the cusp of an unprecedented growth period, and over the next 10 years, I helped open 18 new or remodeled Legal Seafood concepts. It really was an honor to be part of this iconic Boston family restaurant, and I have nothing but fond memories of my time there.

Along the way, I also had the opportunity to be part of another great bar in Cambridge: In 2012 I co-founded Brick & Mortar, Ltd. B&M was fun, drinks were delicious, and the people great. I had a million laughs at B&M, thanks to all who helped make it happen and get it out of the starting blocks.

What has been your go-to drink recently?

Pastis and water, on ice.

A good friend of mine likes to say that Pastis equals life. I happen to agree. With its long tradition, Pastis is one of those drinks that gives you the sense that you’re part of something much bigger than yourself. It’s classic, and comforting, and hard to beat.

What’s been helping you through the pandemic?

Like everyone else: eating! My wife is working from home, so we’ve been able to spend loads of time together. Our little pod is tight. The kids have been around (well, some). Family dinners have become more important than ever. When we aren’t cooking, we are splurging on Myers+Chang or our favorite early pandemic treat: a no-traffic blast into the North End to pick up a couple of pies from Regina’s. I guess it’s good that traffic is back, but boy, those were the days.

Any wild stories about working on St. Paddy’s Day in Boston?

I was smart enough to take most St. Patrick’s Days off. One episode burned into my memory is having the doors to the B-Side open and 30 to 40 members of the Boston Police Gaelic Column Pipe and Drum band march in to play for us. What an experience. Thanks, boys!

What’s next for you?

Funny you should ask. There is something in the works, but being superstitious, I can’t say the name or place yet. But we’re looking forward to a late spring opening. We’ll get the word out when the time is right. Hello, suburbs.

What do you think a post-pandemic Boston will look like for the bar and restaurant industry?

Paris. Hey, a guy can dream, right? Short of that, all I’m hoping is that COVID-19 stops ravaging our community and we can get back to normal, whatever that looks like.

How can readers support you and your colleagues?

Thank you for asking! If readers are in the position to afford to order a meal from outside the home, please consider ordering a meal from a sit-down restaurant. If you feel comfortable enough to eat at the restaurant, please do. We miss you. If you can order something to go, please do. And thank you. Your purchase is really helping keep families afloat. Hope to see you all when the sun comes out.

Be well, wear a mask, and call your mother.

Join us at 7 p.m. Thursday, March 25, with host Jackson Cannon and his special guest Jared Sadoian, general manager at Craigie on Main. They’ll be making cocktails with Scotch whisky, catching up about the Boston restaurant and bar scene, and sharing tips the pros use to make great drinks at home. They’ll be mixing the classic Blood and Sand and Rob Roy. Everything you’ll need is listed here with a link to purchase your Boston.com Cocktail Club Scotch Whisky kit through Gordon’s Fine Wine and Spirits. 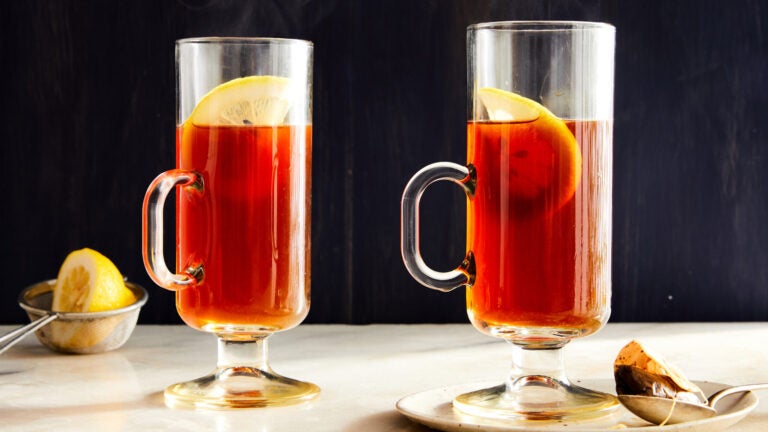 Cocktail Recipe: Warm up with a Hot Toddy from Patrick Sullivan