The 6-year-old Somerville brewery is taking over the space formerly occupied by Down the Road Brewery in Everett. Earlier this year, Aeronaut founders Ronn Friedlander and Dan Rassi purchased Down the Road’s brewing equipment, and came to an agreement on the lease for the brewery and tap room space near Encore Boston Harbor. Down the Road closed last August, following the death of founder and brewer Donovan Bailey. Aeronaut concluded its purchase with Down the Road’s remaining shareholders; there are no plans to revive the brand.

“For a number of years we’ve been exploring expansion options for the company,” said Rassi. “We’ve been completely maxed out in Somerville for a few years now, and were looking to where we could make a jump in wholesale. And so we had already been interested in the idea, and open to other opportunities when this one came up.”

Despite the notable presence of the brand in and around Somerville and Greater Boston, Aeronaut is relatively small. The brewery makes about 4,000 barrels of beer annually, about one-tenth as much as a brewery like Lord Hobo or Night Shift.

“Right now in Somerville we’re brewing on a system that’s about eight and a half barrels per batch,” said Friedlander. “We brew a couple times a day, every day of the week. Between that and the tap room we’re fairly limited in what we can do.

“The goal with this space [in Everett] was to increase that quite a bit. The system there is 30 barrels, about 3.5 times the size, so it really lets us get into wholesale a little bit more. But it’s still in a location in Everett where it’s not too far, but not so close that it’s directly competitive to our existing space.” 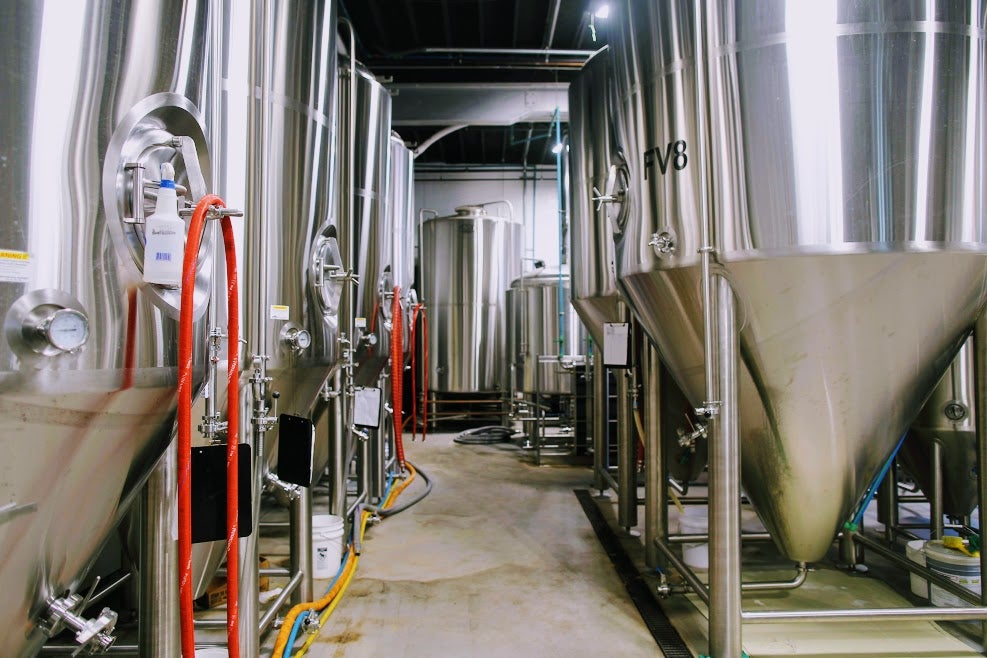 Equipment purchased from Down the Road Beer Co., at Aeronaut’s new Everett location.

Aeronaut’s founders plan to move all of the production of popular stalwarts like the IPA “A Year With Dr. Nandu” to Everett, and to eventually increase overall can production four to five times, shipping beer more widely in Massachusetts and to other parts of New England.

“In Somerville it doesn’t really make sense to brew, at a smaller scale, over and over again the same recipe, just to make the volume,” said Friedlander. “This will allow us to do more experimental stuff, developing new recipes. So it gives us additional ability to make more brews per year overall.”

COVID-19 disrupts even the most careful business plans, and it’s no different here. While the brewers do eventually plan to open up a second tap room in Everett, the pandemic has shifted business across the craft beer industry from tap room sales to wholesale as many people stay home.

“Eventually we might do a tap room, but we’re not sure on the timing for that, just because it’s not going to work out right now,” said Friedlander. “One thing we are looking into right now is opening an outdoor patio, at least for the rest of the fall, if we’re able to make it happen in time. We’re trying to get licensing for that.”

If and when a tap room does open, communications manager Lee Hatfield says it will fit in with the existing Everett community.

“We want to keep the vibe that we’ve created at the Somerville location, but a lot of that is based on the community that is here,” said Hatfield. “We’re expecting it should be a different feel, and we’re really excited to see how that plays out.”

Aeronaut is calling its new location “Aeronaut Cannery,” owing to the canning line on site and the production plans. For months, the Aeronaut team has been cleaning the former Down the Road equipment, and recently brewed a test batch of beer there. They hope to produce batches for purchase out of Everett in the next couple months. 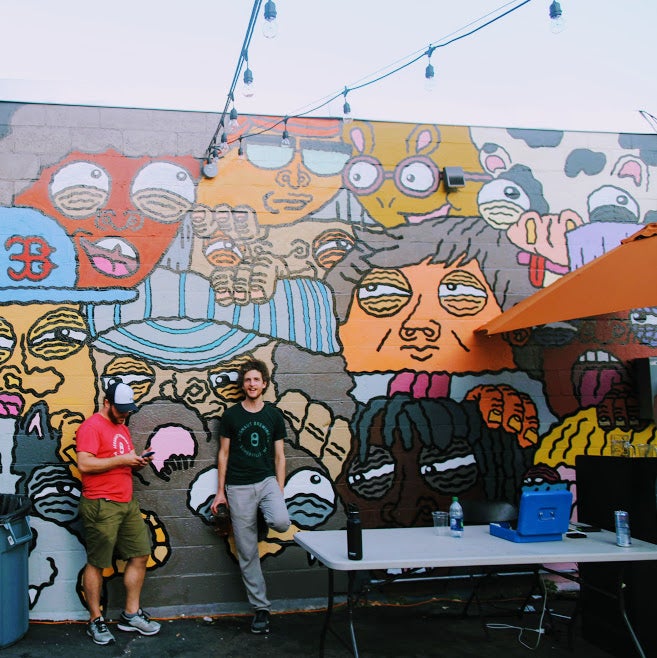 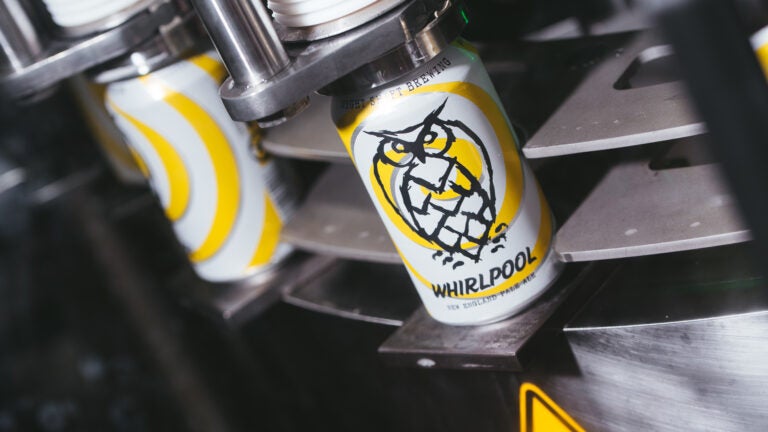