Consumers of session beer, lower-calorie ales, and other better-for you-drink options could be forgiven for looking past Worcester’s Greater Good Imperial Brewing Company.

But right in our midst since 2016 has been a brewery selling unabashedly big beers, boozy beers of 10, 11, and 12 percent alcohol by volume, bucking nearly every trend in the process.

Greater Good was founded by Paul Wengender, a microbial geneticist at places like Pfizer and AstraZeneca who set out to solve a problem: brew a stronger beer that doesn’t taste it. By phone, Wengender recently answered questions about what the brewery’s up to.

Q. Why did you start Greater Good?

A. “I’ve never been a volume alcohol drinker; I’d rather enjoy the high ABV drink. I was going to the local package store and finding 8, 9, 10 percent ABV beers that were super boozy, and they would burn the back of my throat. I just wondered if maybe I could make my own.”

Q. How did you go about doing that?

A. “Back in 2010 it was a question of, if I’m at California IPA brewery X, and I make a 5 percent or a 6 percent IPA, how do I get that to 11 percent? The solutions for the classic brewer to do that big beer was to add sugar for it to ferment. And so we just decided that we were going to spend more on ingredients and hops and support the high ABV like a glass of wine would be supported. That was really the genesis of the company.”

Q. Did you quickly see there was a market for this?

A. “In 2015 when I was making beer on my porch and listening to the Red Sox, I thought let’s do beers from 9 to 12 percent and make them historically relevant styles — a London porter, a Belgian saison, a German altbier, and then let’s throw in a New England IPA. I ended up tooling and retooling, making beer and giving it away. By the summer we decided, let’s roll out all these imperials in sequence and see what the market tells us. We were asking that question: is it a hobby or is it a business?

“Sure enough, we sold every drop. We weren’t quite sure if it was just the demographic in Western Mass. But by 2017 we were in markets from Pittsfield to Boston.”

Q. Flavor wise, do you think you’ve solved what you were trying to solve in terms of getting a big beer that’s not super boozy tasting?

A. “Yeah I was really happy. I don’t drink a ton of other people’s beer. That’s a testament to it. I still go back to the experience that I get out of a Greylock (a 12 percent ABV imperial IPA), for instance. I’m kind of a one-and-done kind of guy. I’ll sit down with a Greylock and I’ll watch a show with my wife and I’ll be like, ‘OK.”

Q. How has the pandemic affected you all?

A. “Ninety three percent of our sales in 2019 was packaged beer in cans. So we weren’t exposed to the fallout as much as some other breweries of draft beer consumption in the restaurant space. That stated, we were planning on shifting to 80-20, which doesn’t seem like a lot but is a pretty big move for us. That obviously was more than just a headwind that pushed those ideas to a later date.

“In terms of economic impact, in April, our distributors were like, ‘We’re seeing Christmas-type numbers, Thanksgiving to New Years numbers’ in April and May. But it was hard from a morale and team standpoint because one third of our profits are in our tap room. We still have some people on furlough with the curfew and the 25 percent (capacity).”

Q. Have the limits on the tap room made you feel less a part of the Worcester beer scene?

A. “We’re a region, Worcester county, that has been pretty well colonized by two really great companies, Wachusett and Wormtown. We admire those guys for what they’ve been able to do. As part of the community, we’re so much smaller than they are still that I do think people would cheer for our growth. We’re not Worcester’s first all-imperial brewing company, we’re America’s.”

Q. One of the big trends now is healthier beer, lower alcohol or lower calorie beers. How do you view that trend as opposed to what you are doing?

A. “So we do an 8 percent seltzer [laughs]. We stay on brand. … If somebody wants to go get a burger, and it’s an $18 burger, and it’s a half pound, it’s gonna be hard for them if they’re worried about calories. For us, these are big beers, they’re packed full of flavor. We’re serving a part of the 8,000 brewery landscape in a differentiated way.

“We have a large and growing community who enjoy sipping on 10 percent beer. I would argue that Greylock, at 12 percent, you could drink three 4-percent beers, and you’re at the same alcohol threshold if that’s what you’re trying to achieve as one can of Greylock. But you’re going to enjoy that Greylock.

“It’s like the difference between driving a Lamborghini 10 miles and a Camry 30 miles. You’re probably going to get more of a thrill and novelty out of the Lamborghini. That’s the customer demographic that we’re driving towards and we’re satisfying so far.” 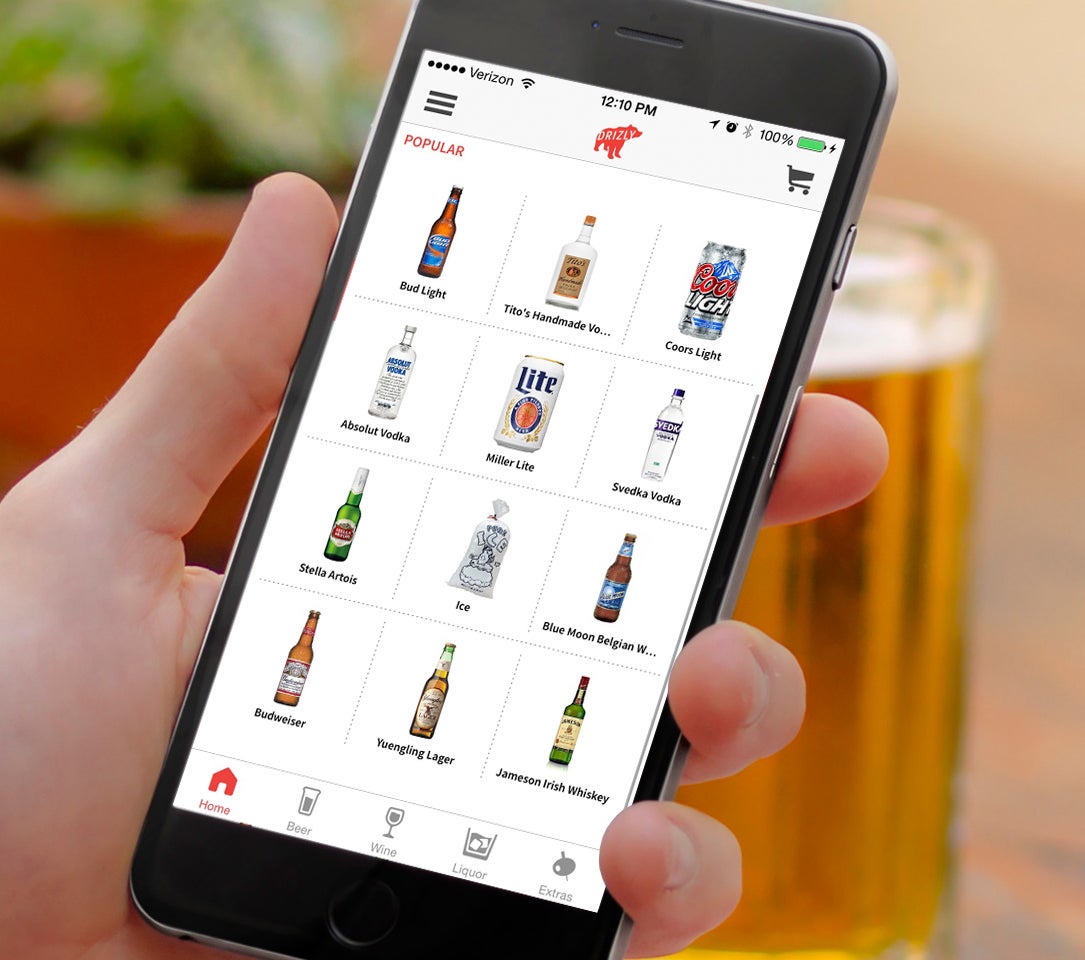 Uber will bring the booze after acquiring Boston-based Drizly for $1.1 billion