Four Massachusetts breweries have joined forces to launch a scholarship with the hopes of bringing more people of color into a majority white industry.

67 Degrees Brewing, Arcpoint Brewing, Crue Brew Brewery, and White Lion Brewing teamed up to brew “As One,” a New England IPA that will be available to the public on March 31. A portion of the proceeds will go toward the creation of a scholarship at Holyoke Community College, and will be available to students of color who are enrolled in the college’s beer, cider, and winemaking program.

“The fabric of the craft beer trade doesn’t mirror the fabric of the communities we work, play, and live in,” said Ray Berry, owner and founder at White Lion, in a press release. White Lion is one of just five Black-owned breweries in Massachusetts.

The idea for the scholarship began with C.J. Eldridge, co-owner of Arcpoint, who read about Black Massachusetts brewery owners, including the owners of White Lion, Crue Brew, and 67 Degrees, and the experiences they faced in a white-dominated industry. Out of more than 8,000 breweries in the United States, roughly 60 — less than one percent — are Black-owned.

“I saw all those guys in the article, and it inspired me to want to get together with them and brew something and also bring some awareness,” Eldridge shared in the release. “We want to attempt to spread brewing out to more people of color, not necessarily just Black, but people of color in general, and get them into the business. Let them know what it’s about.”

HCC began offering its beer, cider, and winemaking program in the fall of 2020, with courses that include beer and cider brewing and fermentation science. The scholarship will be administered by the HCC Foundation, with the hope that the annual brewing of “As One” will help seed the scholarship fund in the coming years.

“We are very excited about the pipeline of talent that this scholarship program could generate while also helping to break down barriers, open doors, and hold them open for people of color in our community,” Katie Stinchon, executive director of the Massachusetts Brewers Guild, said in the release. “As an industry we are very aware that the makeup of our brewery owners, staff, and consumers are predominantly male and pale. This is a great step to work to change that, and something that can be emulated in other regions and institutions across Massachusetts. “

On March 11, Berry and Eldridge, along with Crue Brew owner Kevin Merritt and 67 Degrees co-owner Arnold Cruzeau, got together at White Lion Brewery in Springfield for a one-day brewing of “As One.” The limited release will be canned on March 29 and released on March 31 during White Lion’s “cans to go” sessions, which are offered Wednesdays from 4 to 7 p.m. and Saturdays from noon to 4 p.m. 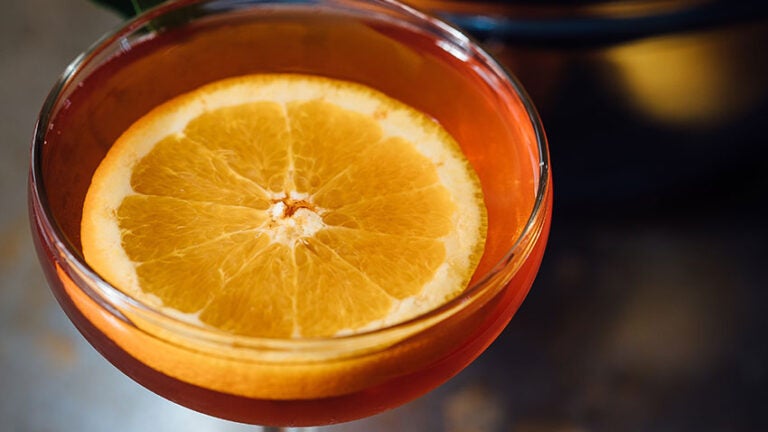 Recipe: How to make a Blood and Sand cocktail