Five years ago, Sheffield’s Berkshire Mountain Distillers asked 12 regional breweries for their partnership, and their patience.

Practically, they asked for their beer — gallons and gallons of the breweries’ flagships, mostly, to distill into a dozen unique whiskeys, ready for public consumption at some point in the future.

After five years of aging in oak barrels, several of the whiskeys are ready to taste. The three new spirits, distilled from Harpoon’s UFO White, Spencer Brewery’s Trappist Ale, and Big Elm’s 413 Farmhouse Ale, were the first of the 12 to go into barrels, and are now for sale.

“We were going to release them a year ago, and then COVID hit,” says Berkshire founder Chris Weld. “They just hit five years, and I have to say they’re all pretty spectacular.”

Weld can tell you the science behind all of it, but some things to know about turning beer into whiskey are that the process is more similar to making scotch (in terms of turning a liquid into another liquid), and that any big flavors in beer, like bitterness, are magnified in the distilled spirit. In other words, you probably don’t want to use the biggest, hoppiest IPA.

Some of the flavors, then, that make a beer pleasant to drink, like Harpoon UFO White’s coriander and orange peel, need to be carefully balanced.

“The first three [beers] I was a little bit hesitant, because they’re all somewhat flavored beers with botanicals,” Weld says of the aforementioned brews. “We try and abide by ‘a watched pot never boils’, so we try and let the barrels sit for a bit.”

There’s a citrus backbone to each of the first three whiskeys, which taste lighter and brighter than something made with, say, a stout or a brown ale. And that’s part of the fun of the project, which works with beers as diverse as Jack’s Abby’s Smoke & Dagger black lager, Brewery Ommegang’s Three Philosophers Belgian quad, and Long Trail’s Unearthed American stout. Each of the whiskeys has intentionally turned out quite differently.

“That’s one of the great, geeky things about this being a sort of a wacky science experiment where the genetics of the beer translate over,” says Weld.

Each brewery provided different amounts of beer to Berkshire Mountain, which means the final yield of the various whiskeys ranges from hundreds of bottles to hundreds of cases. The first three are available now at the distillery and will be making their way into select stores. The remaining nine whiskeys are scheduled to be released throughout 2021. The scale of the project is not lost on Weld.

“You can have distilleries that have made the same whiskey for 100 years, and that’s their one brand and that’s what they sell.”

He adds, playfully referencing Berkshire’s successful flagships, “I’m quite offended, but one of the people in the industry said these are the best things we’ve put out yet.”

For more information, including a full list of participating breweries and beers, visit craftbrewerswhiskeyproject.com. 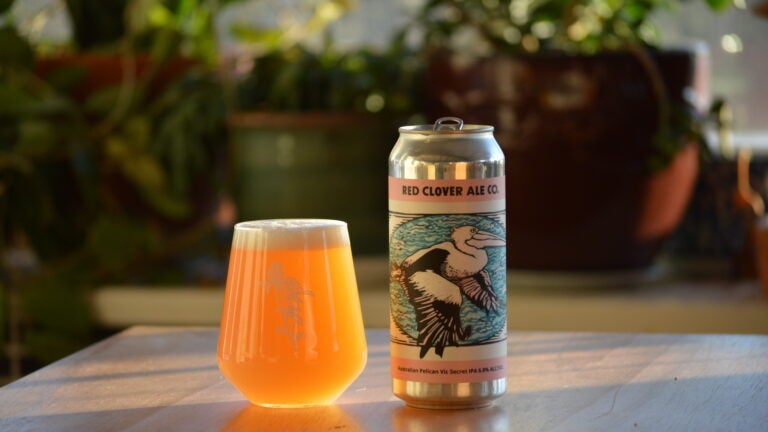