Arriving at an Ales for ALS charity event on the North Shore, where nearby restaurants dished out food matched by beers from local breweries and homebrewers, Doig was met at the door by his friend Paul Donhauser.

“He kinda ran up to me like a little kid, without even saying hi,” Doig recalls. “He said, ‘There’s a guy here, you’ve gotta try his beer, it’s incredible.’”

Miller’s beer was “better than any homebrew I’ve ever had,” says Doig. “And as good as any beer I’ve ever tried from a professional brewer.” Donhauser and Doig, longtime friends, colleagues, and now family (Donhauser is married to Doig’s cousin) were so excited about the beer because they were also would-be investors. The plan to start their own brewery leaned on the pair’s real estate experience but was missing one crucial component: someone to actually make the beer.

The pair’s nascent idea came to be Essex County Brewing Company, and Miller came to be its brewer after seven years of intense homebrewing, though it took some convincing.

“Me being the humble person I was, I was like, ‘This is just a hobby man. I’m not really trying to take it serious,’” says Miller.

Essex County’s founders have set lofty standards, vowing never to make a decision that sacrifices quality, and setting their sights on being more than just a good brewery.

“What we were seeing in the marketplace is there are tons of good breweries out there, but there are just a handful — and everybody knows their names — of what I call elite, high-quality brewers that people would drive for,” says Doig.

Essex County’s tap room opened in Peabody in 2018. At any given time eight or nine taps feature brews like Judah, an insanely peachy double-IPA, and Shadows After Dark, an imperial stout focused on bittersweet chocolate and roasted malt rather than any added candy or pastry flavors.

“It kind of opens the door into the realm of that beer style in particular,” Miller says of the stout. “It’s just classic.”

To me, Judah and Essex County’s other IPAs like Tallowah are notable for their softness and tropical fruit character, attributes Miller says owe to a “yeast characteristic that we get out of it that kind of allows our hops to shine through a little more brightly.”

There were big plans to grow Essex County in 2021, and while production capacity has increased after some major investments, total growth will be dependent on how quickly things bounce back from the pandemic. One aspect of the brewery Doig likes to highlight is its proximity to nearby breweries like Granite Coast, Channel Marker, and Notch.

“Obviously when you get that many people in a small area, you could be pulling from each other’s business. But what we find is that there’s probably some of that, but at the same time when you get that kind of concentration, you have people driving to our area that normally wouldn’t if there was just one brewery there.” 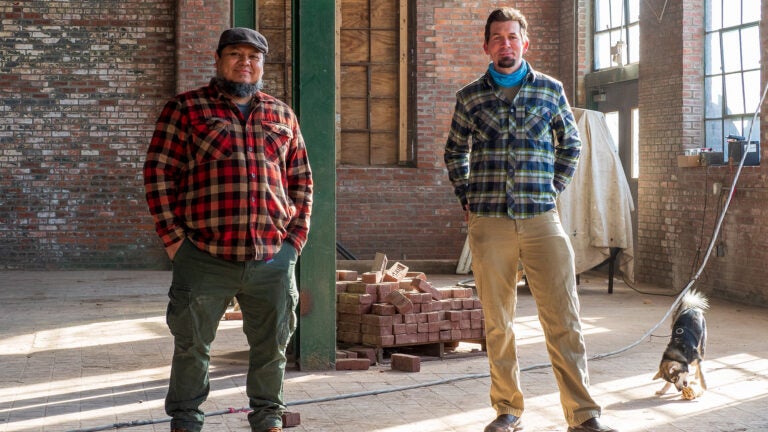