Ahead of many others, Roger Savoy was prescient about the impending craft beer boom.

In 1997, Savoy and a partner, Bruce Lucier, purchased a homebrewing store in Rensselaer, N.Y. Two years later, they opened another in West Boylston. They bought a third store, in Cambridge, in 2001.

At its height, the Homebrew Emporium chain spanned five stores in two states, and coincided with a surge in interest in beer and brewing. A homebrewing store sells equipment — glass carboys and tubing, yeast, and grain — to customers looking to make beer and wine at home, and in the early 2000s, there was no shortage of them.

It seemed like everyone wanted to brew their own beer in the early 2000s, including President Obama, who had a chef brew a honey brown ale at the White House. Many folks who became professional brewers also started out homebrewing, including Jack’s Abby cofounder Jack Hendler.

“I used to frequent the Modern Homebrew Emporium over 15 years ago when I lived in Cambridge,” says Hendler. “I lived half a mile from the shop. These were the days of homebrewing in my 500-square-foot apartment.”

Hendler recalls a brewing emergency requiring a quick trip to the store.

“I had mashed in and realized I had broken a part. I quickly hopped in the car and drove to the homebrew store,” he says. “I was gone not even 10 minutes, but when I got back, my entire mash had drained out on the floor and I lost that entire batch. I just destroyed that place. I don’t think we received our deposit back.”

Now, after more than 30 years in business, Savoy says Modern Homebrew Emporium (the store opened under different ownership in 1990) is closing.

“It breaks my heart,” Savoy said this week by phone. “I have lost a fortune in the last 10 years.”

Like with any sad ending, the details with this one aren’t fun. The Cambridge Homebrew Emporium will close Feb. 20, and two more stores in Weymouth and West Boylston will likely shutter too. The New York store will remain open, pivoting mostly to online sales as well as a new brewery Savoy opened on site.

But Savoy is also choosing to focus on the bet he got right nearly three decades ago, and the good times that went with it.

“That [Cambridge] store was phenomenal,” he says now. “It was right in the midst of everything. There’s a huge student population, and there’s an Ethiopian population that buys a lot of grain to brew alcohol for their religious celebrations.”

Savoy, a winemaker as well as a brewer, added “Boston’s definitely more of a beer town.”

The cause of the homebrewing stores’ closures seems obvious now, with thousands of new breweries popping up around the country in recent years. But the thirst for a good IPA or English bitter didn’t used to be so easily quenched.

“Twenty five years ago there was no good beer,” says Savoy. “If you went to the beer market you had American crap beer, and European stale beer. If you wanted something good you made it.”

One loss here comes from the accumulated knowledge you can’t get from ordering brewing equipment off Amazon. Over the years, Savoy, his staff, and his customers have spent hours talking shop and hashing out recipes, sometimes over a beer or two. Savoy is keeping that knowledge, and taking away good memories.

“The business is so not cutthroat that it’s great,” he says. “It’s been wonderful. I’ve met some tremendous people, and I have a lot of satisfaction from helping those folks.” 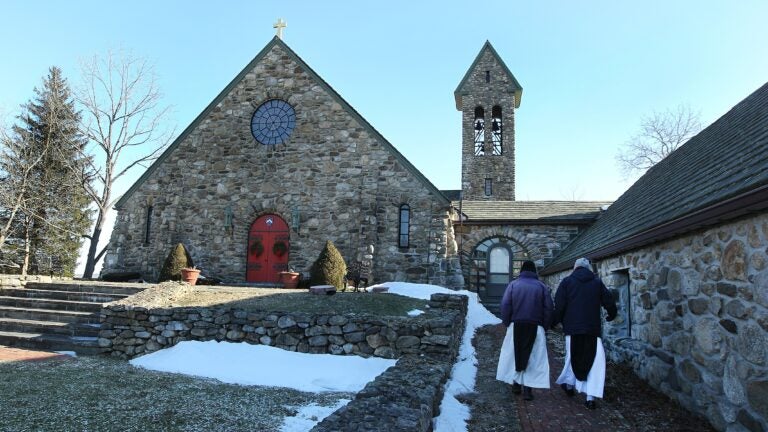 The monks of St. Joseph's Abbey are closing Spencer Brewery