Besides drinking them, of course, my favorite thing to do with special beers is to share them.

What defines a “special” beer? It could be a brew you really like, or something you’ve heard good things about. It could be ultra rare, say a beer from afar, or something only made once a year. Or it could be as common as good beers come these days, something everyone is always talking about but is nevertheless amazing.

However you define a “special” beer, the holidays are a great time to share one. With that in mind, here are six noteworthy brews I’d recommend gifting, or bringing to any holiday gathering.

Mad Elf Grand Cru, Tröegs Independent Brewing: This Pennsylvania brewery makes one of my holiday favorites, Mad Elf Ale, annually. That beer is made with wildflower honey from the state and fermented with a Belgian yeast strain which lends flavors of cinnamon, clove, and allspice. While the original Mad Elf uses five different varieties of cherries, the Grand Cru version showcases the Balaton cherry, which lends a welcome tart note and a deep burgundy color to the brew. Drink this now, or age the cork-and-cage bottle for a future celebration. 11 percent ABV

One Man Holiday, Clown Shoes Beer Made by Harpoon’s Clown Shoes offshoot, this Belgian-inspired quadrupel ale is full of black cherry and brown bread sweetness, One Man Holiday comes in Clown Shoes’ “12 Beer of Christmas” pack, which also contains several other goodies. Rather than isolate this one, you might as well bring the whole case. 8 percent ABV

XXVI Anniversary Ale, Firestone Walker Brewing Co. Winemakers from Paso Robles, Calif., gather each year to concoct the blend for neighboring Firestone Walker’s anniversary beer. For the 26th edition, six different ales, some aged in bourbon and brandy barrels, were carefully swished and swirled, then combined, to make the perfect blend. Splashes of Helldorado, a blond barley wine, and Wheat Wine, a beer fermented with white wine grape juice, add freshness. One of my favorite releases every year, this one is worth gifting. 11 percent ABV

Abt 12, Brouwerij St. Bernardus Truly one of the world’s great beers, and the only one I consistently pick up each year for the holidays. This rich Belgian quad pours with a luxurious, frothy head and drinks with notes of figs, cocoa, and bananas. If you have to choose only one beer on this list, make it this one. 10 percent ABV

Autocrat Coffee Milk Stout, Narragansett Beer I didn’t grow up in Rhode Island, and I’ve never had coffee milk. But someone else’s nostalgia in this case produces what should be a classic beer, full of roasty coffee and chocolate notes and tasting bitter without being heavy, sweet, or annoying like so many stouts these days. 5.5 percent ABV

Alexandr, Schilling Beer Co. A perfect holiday gift would be a trip to Schilling’s riverside brewery, and maybe a little skiing, in New Hampshire’s White Mountains. If that’s not an option, bringing the standout brewery’s Czech-style pilsner with you to any gathering is the next best thing. There are a lot of heavy beers on the list, which makes sense given the time of year. Alexandr — think crisp, floral, and bright — is a lighter option that provides a nice contrast. 5 percent ABV 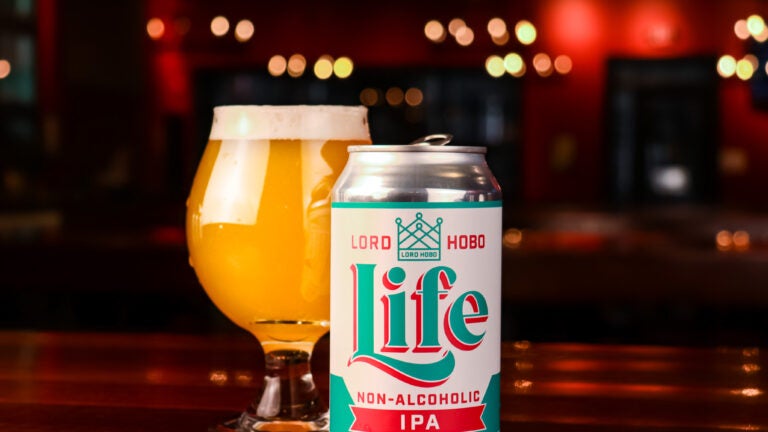