When the state’s reopening timeline for businesses was first released, breweries, wineries, and distilleries were noticeably absent on the list. But a recently updated version now indicates that beer fans hoping to enjoy a cold one at a beer garden this summer won’t have to wait much longer: beer gardens, breweries, wineries, and distilleries will now open in Phase 2, as long as the business provides seated food service under retail food permits issued by municipal authorities.

The news helps clarify a reopening date for these business owners, who previously didn’t know whether they belonged in Phase 2 as a restaurant or in Phase 3 as a bar — the latter of which has been pushed back to Phase 4. Gov. Charlie Baker will decide on Saturday when Massachusetts will start Phase 2.

For brewery owners who already own a retail food permit — even if it’s just to sell hot pretzels or coffee — the announcement comes as a relief.

“We have more information today than we had three weeks ago, so we’re feeling pretty happy with that,” said Rob Burns, co-founder of Night Shift Brewing and a member of the Massachusetts Brewers Guild’s board of directors.

Burns said that Night Shift’s Everett location already has a food permit to sell packaged food and coffee. Its Lovejoy Wharf location has an on-site kitchen, though reopening with just outdoor dining — which Phase 2 will start with before incorporating indoor dining — is going to be hard. The brewery’s current Lovejoy patio holds between 30 and 40 people, which is roughly 10 percent of its normal capacity. If Night Shift can expand the patio, which it is currently trying to do, it will be able to get closer to 25 percent capacity.

“We’re excited that the State and City seem to be easing the way to expand the patio, but at Lovejoy we have a unique challenge: The wharf is actually state property, not city property, but there’s still some city jurisdiction,” Burns said. “We have to work with the Department of Environmental Protection to actually get approval to expand the patio. Thankfully, the landlord is helping us navigate the conversation.”

Burns said that the Massachusetts Brewers Guild isn’t quite sure how many breweries don’t have any kind of food permit, but that most breweries within the guild are excited that “having a food truck on site appears to qualify for a Phase 2 opening.”

“I think that’s something we’ll probably learn over the next week or two as breweries start asking questions, but we’re feeling pretty confident that a lot of breweries will be able to open in Phase 2, or will work towards getting those permits as soon as possible,” he said. “Because I think that if they’re going to have to wait until Phase 4, they’re probably [going] out of business.”

Other beer gardens are still figuring out the nuances of the guideline’s language. Rachel Lake, marketing and community affairs manager for the Greenway Conservancy, told Boston.com that the Conservancy is still reviewing the reopening guidelines. Its beer and wine gardens — which include Trillium Garden on the Greenway and City Winery on the Greenway — have delayed a reopening date until further notice. 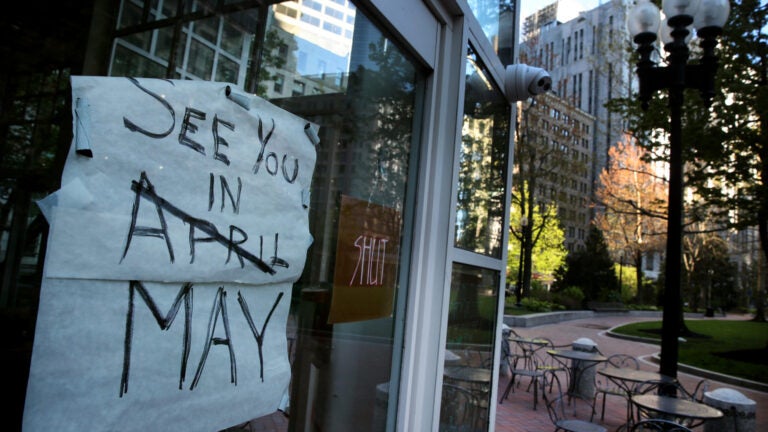