Starting this week, a local chef is about to come a fixture in living rooms nationwide.

The blue-haired chef, who will oversee the show’s Blue Team, said that while he endured plenty of vitriol from Ramsay as a contestant back in 2007, he had no reservations about dishing it out when current contestants messed up.

“I was probably as hard on the contestants as he was,” Santos told Boston.com. “I certainly wasn’t their buddy. I started losing my voice halfway through the show from yelling.”

Ahead of Thursday’s premiere, Santos chatted with Boston.com about how he first broke into the world of TV chefs, how he’ll handle filming an upcoming season of “Bar Rescue” during the pandemic, and the state of the Boston restaurant scene right now.

You were on Season 7 of “Hell’s Kitchen,” and you’ve been on “Bar Rescue” for multiple seasons now. How did you first get into the world of TV chefs?

JS: I wasn’t even interested at first. I had done some local stuff as a chef from Boston, and I did the “Today” show once, but I was not “into” TV. But there were open castings for “Hell’s Kitchen” at the Park Plaza hotel. I was on my way to dim sum in Chinatown, and a friend insisted I go. I got there and there were a ton of people who had already prepared to audition … But I’m so competitive, I felt the need to hang around and wait. Nine hours and 30 coffees later, I did my interview. After another callback, I got the gig and flew to LA.

You’re taking on a bigger role in “Hell’s Kitchen” this season. How did that come about?

JS: About 11 years ago, I was the runner up on season 7. I’ve been asked back through the years for cameos and minor appearances. One day I was sitting in my restaurant and I got an email from the executive producer asking if I wanted to be the sous chef for Gordon in season 19 and season 20. And of course, that was a no-brainer. I packed my stuff and filmed in Vegas for three months. And now I’m the blue team sous chef, ironically.

Can you go into more detail about what exactly your role on the show entails?

JS: As the sous chef, I’m there to sort of help the contestants, but it’s called “Hell’s Kitchen” for a reason. We don’t spoon-feed them. There’s a $250,000 prize and a legitimate job, so we’re hard on them. During the day I oversee them, and during dinner service Gordon comes into play. He would get pissed if the food wasn’t right, and I had to plate it right next to him, so you can imagine the pressure. I was as nervous as them sometimes.

During the day, I was probably as hard on the contestants as he was. I certainly wasn’t their buddy. I started losing my voice halfway through the show from yelling.

When was this season filmed? Based on the trailer I saw, I’m assuming this was pre-COVID?

JS: This was way before COVID. It was filmed in April 2019, as was season 20. We filmed back-to-back, all pre-COVID. They were supposed to air a while ago, but Fox decided to wait.

And you’re done after season 20?

JS: I don’t actually know, but I hear that’s it for “Hell’s Kitchen.” I’ve heard that a million times before with other shows, but I know there’s been a huge lull in between season 18 and 19.

I’m also still on “Bar Rescue,” and we’re about to start filming pretty soon. This will be my third season. We’re gonna start filming in early spring.

Early spring? Do you know how the show’s filming will change with COVID in play?

JS: I don’t, actually. I would assume they take COVID into account as far as the rescues go. “Bar Rescue” is very theatrical, but it’s very real. They do their due diligence to make sure the restaurants are failing. They ask for financials. We’ve done some themed specials where we’ve helped hurricane victims, so I’m guessing this season will be focused on helping restaurants hit by COVID. I’m not one of the show’s writers, but if I were them, I’d focus on that.

Turning away from TV for a moment, how have you been faring with all the limitations placed on restaurants during the pandemic?

JS: I feel guilty, but the restaurants have been doing really well. It’s been crazy, though. I feel bad because there are so many restaurants hurting.

I’m pretty quick on my feet, and we had to pivot a lot. We’re coming up with new ideas every week. Before this, we never used Grubhub, DoorDash, all that crap. But we do now. You either change with the times or the times are gonna change you.

You even opened a restaurant during the pandemic: B&B Fish in Marblehead.

JS: The first question I got from every reporter was, “How f****** high are you?” But honestly, rather than trying to bounce back, I prefer to bounce forward. We made our patios bigger, we bought better furniture, and we’ve been doing all sorts of things every week at all our restaurants to help weather the storm.

What sort changes are needed right now — either at the local or federal level — in order to help restaurants survive during the pandemic?

JS: I try very hard to say neutral when it comes to politics. But look, you can wait around for help, or you can help yourself. If you weren’t doing well before this, you’re probably doing worse now.

I think you have to take care of yourself. You can hope for some stimulus money to come, but I’m not gonna sit on my ass and wait. There’s plenty of people that are. But I want to be in charge of my own destiny. If I had planned on money coming in that never showed up, I’d be screwed. 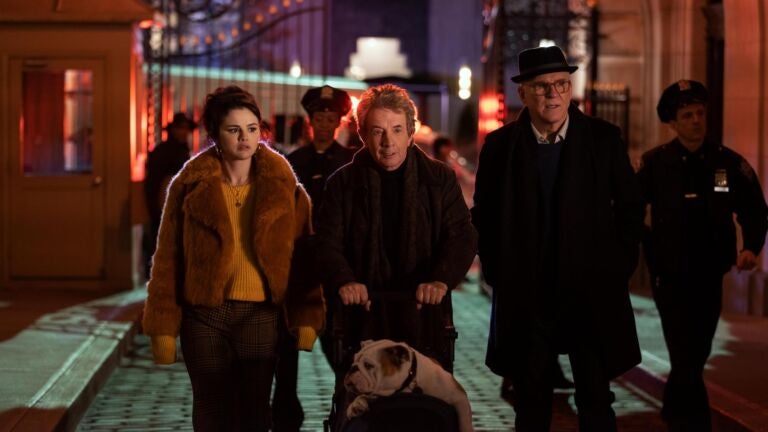