On Sept. 9, thousands of people dressed in head-to-toe white are expected to take to the streets of Boston and walk toward a party that’s been a year in the making. They won’t know where they’re going until they get there.

The secret soiree is called Le Diner en Blanc — French for “dinner in white” — and it’s a flash mob that takes place once a year in more than 70 cities worldwide. The posh picnic began in Paris in 1988 and has been held in Boston for the past five years. Guests are required to dress in white; bring their own tables, chairs, linens, plates, glassware, and flatware to dine upon and with; and remain in the dark about the location of the bash until the moment they arrive.

“I think when some folks read the concept, it seems a little strange,” said Anna Berezina, lead host of this year’s event. “But it’s a very, very chic, very elegant affair.”

Last year, about 2,000 people attended the event on the Rose Fitzgerald Kennedy Greenway, Berezina said. She’s expecting about the same amount of attendees this year. Previous parties have been held on the Boston Children’s Museum’s waterfront terrace, on City Hall Plaza, and at the Moakley Federal Courthouse. 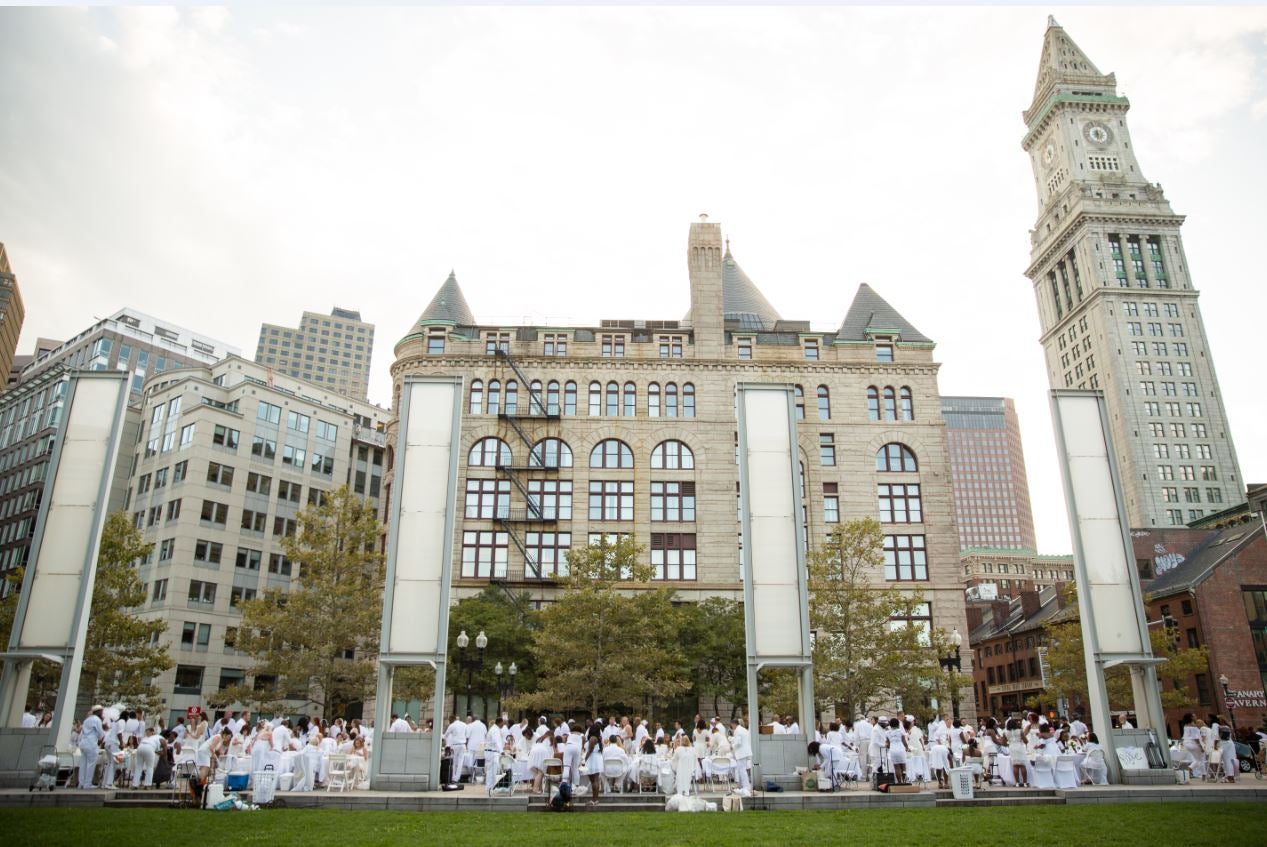 The evening of the event, guests meet a team member at one of several designated spots in the city. Team members then lead the groups to the much-anticipated party location. Berezina said she’s been asked more times than she can count where the party will be held this year.

“It’s top-secret,” she said. “But it’s a really special location. We’re really going to stress the five-year anniversary and celebrate it in style.”

Berezina also said “it’s a very public location, so people are going to be quite amazed, I think.”

Guests can expect the usual Le Diner en Blanc traditions, such as the waving of the white cloth napkin to begin the meal and the lighting of electric sparkler wands to encourage people to mingle and dance after eating. Berezina said Boston-based DJ Ryan Brown will once again provide music for the party, but she was tight-lipped about the itinerary after that.

“We have a couple of surprises in store for the guests,” she said.

Wine and champagne are the only alcoholic beverages allowed at the event and must be preordered through the event website and picked up on-site. 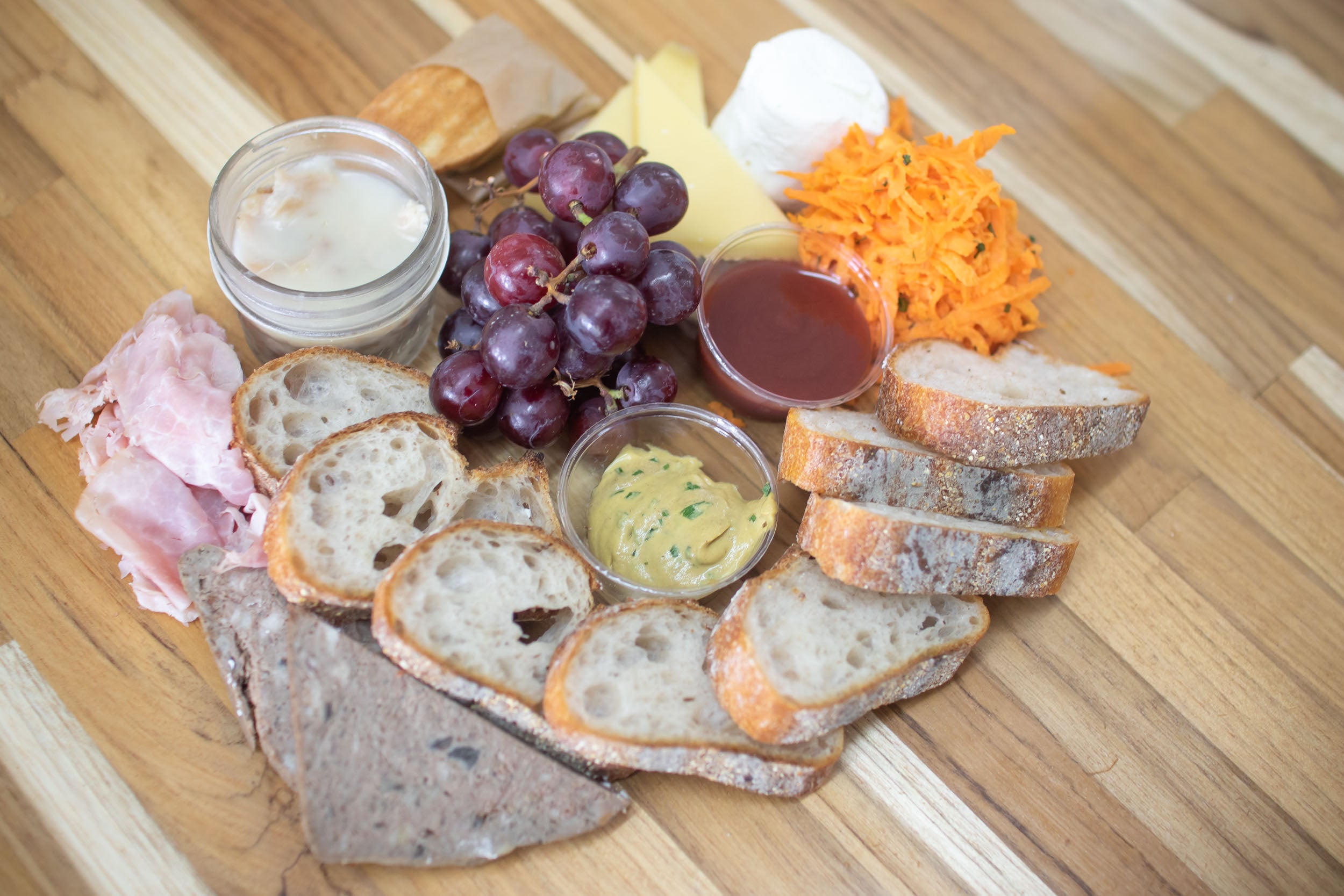 The items inside this year’s French picnic basket provided by Season to Taste in Cambridge.

Guests register for the party in three phases. Phase one, for members who attended the previous year, opened on Aug. 17. Phase two, for recommended guests of previous attendees, opened Aug. 21. Phase three is a waiting list, and it opened Aug. 23 and closes Sunday at noon.

Wait-listers are sent an emailed invitation the day they put their name on the list. At that time, they can buy their tickets immediately or risk being shut out if the party is filled to capacity, Berezina said. At the time of this article’s publication, tickets were still available. The tickets must be purchased in pairs at $43 each plus a $9 membership fee. Those who secure a ticket will then receive emailed instructions for where to meet a team member in the city the night of the event.

Interest for the event grows every year, Berezina said, to the point where her waiting list has reached an all-time high of 12,000 people this year.

“A lot of these waiting list folks [discovered us by] word-of-mouth, because they heard about it from someone they know,” Berezina said. “Our audience has grown organically. It’s a really diverse group.”