Dunkin’ Donuts has been serving up doughnuts and coffee for more than 65 years now, becoming a New England and international staple along the way. While Dunkin’ has since expanded its menu to include sandwiches and smoothies of sorts, the chain’s doughnuts will always reign supreme.

Technically speaking, Dunkin’ has 22 classic doughnut flavors, not including limited edition or seasonal selections, of which there are dozens. To stay true to our roots, we taste-tested all of the classic flavors and ranked them.

The criteria for judging is as follows:

Texture: Too light or too heavy? Too creamy or cakey? Too dry or too sticky?

Accuracy: How does the flavor match the description? For example, does the Strawberry Frosted taste like strawberry?

Overall Flavor: Is it good? Is it bad? How good is it? How bad is it?

With these three factors taken into consideration, six judges rated the doughnuts with a score of 0.1 to 5.0. The scores were then averaged to produce a ranking.

With no further ado, here’s how the classic Dunkin’ flavors ranked, from worst to best: 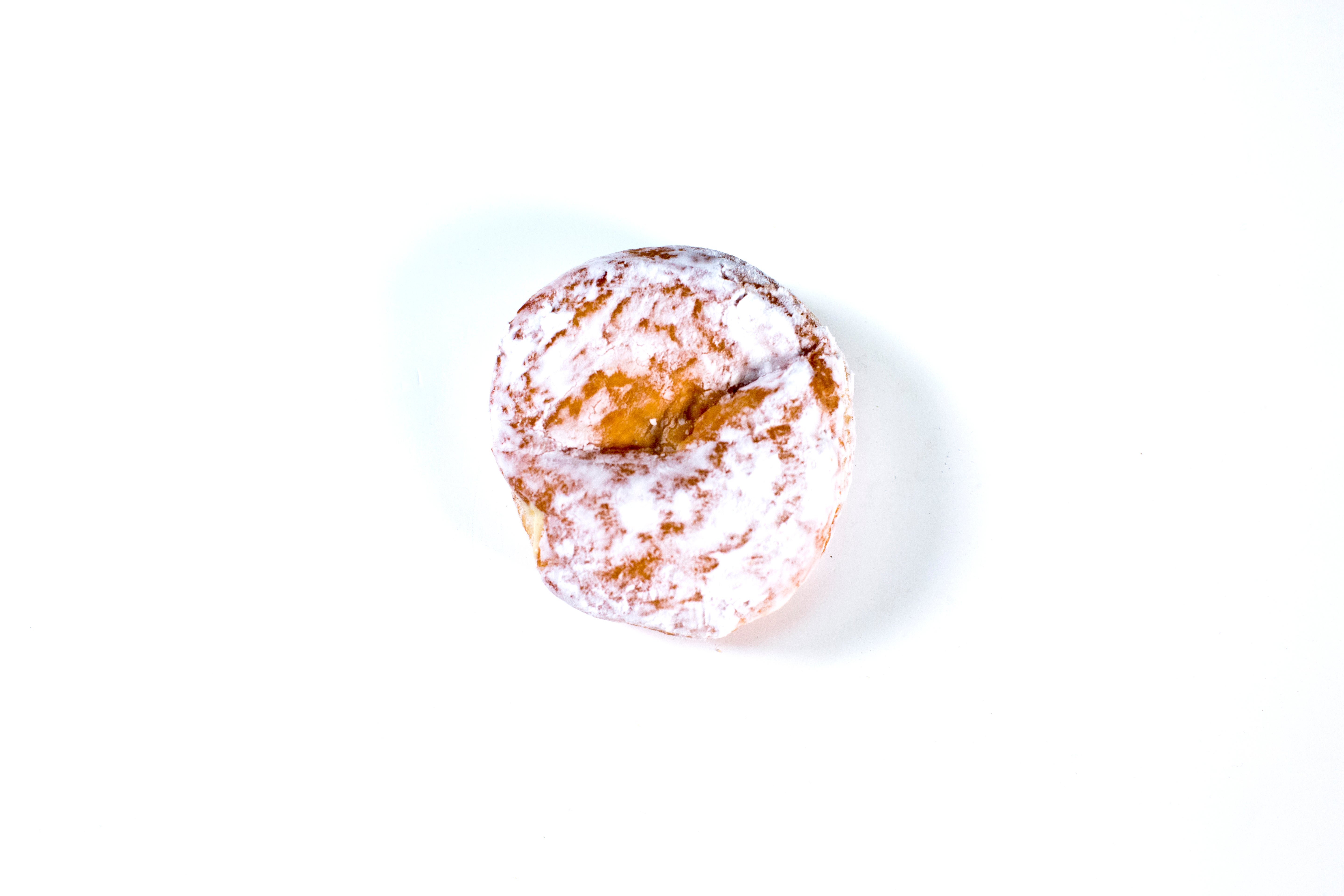 A powdered doughnut with a custard filling sounds like a treat, but our taste-testers found Bavarian Kremes too sweet and too heavy. While our testers weren’t keen on it, this is one polarizing pastry — either you love it, or you hate it. 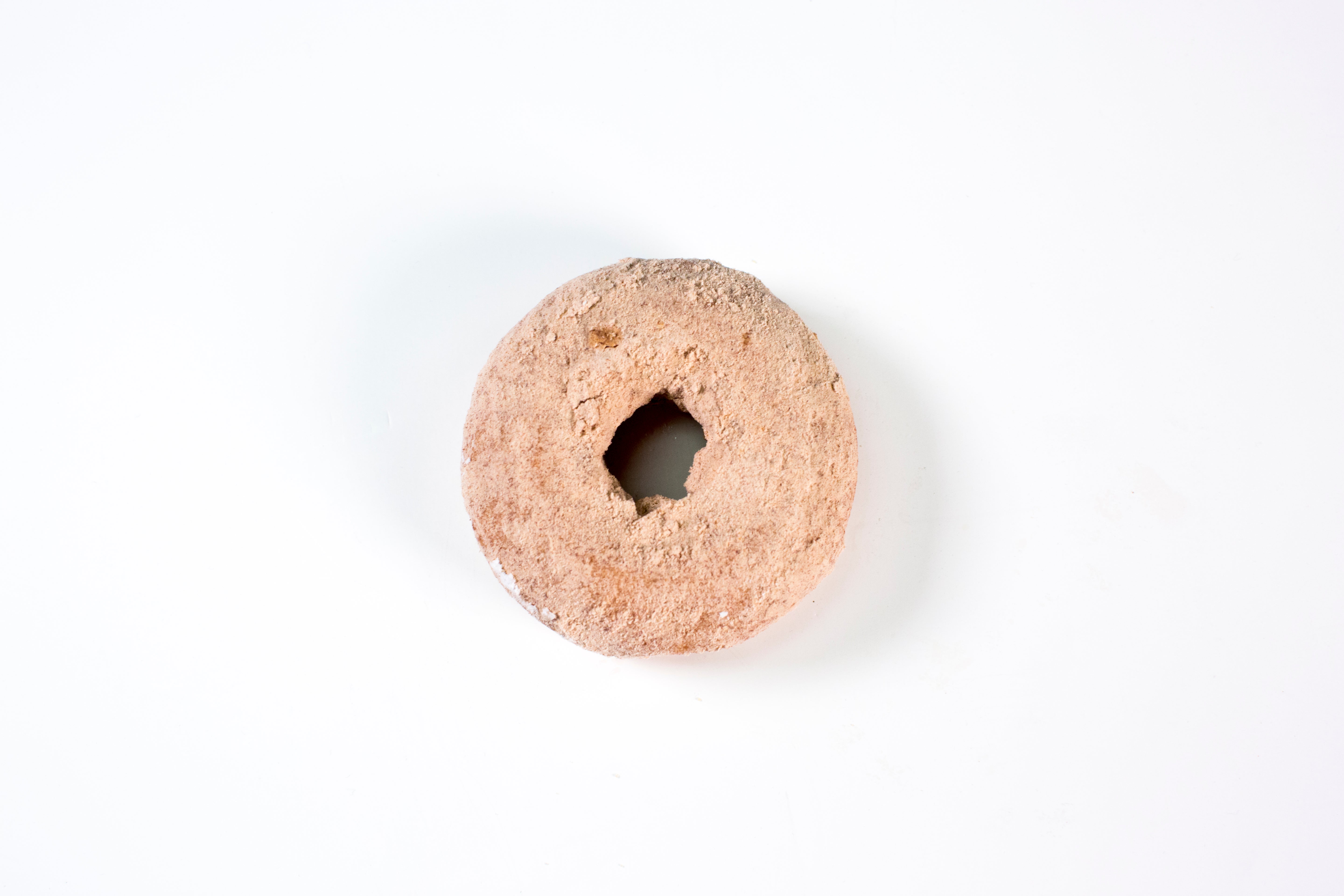 A few chews in, and the cakiness mixes with the cinnamon to create a paste-like consistency, most likely due to the dry mouthfeel that cinnamon produces in general. Coffee or another beverage is essential when eating this doughnut. 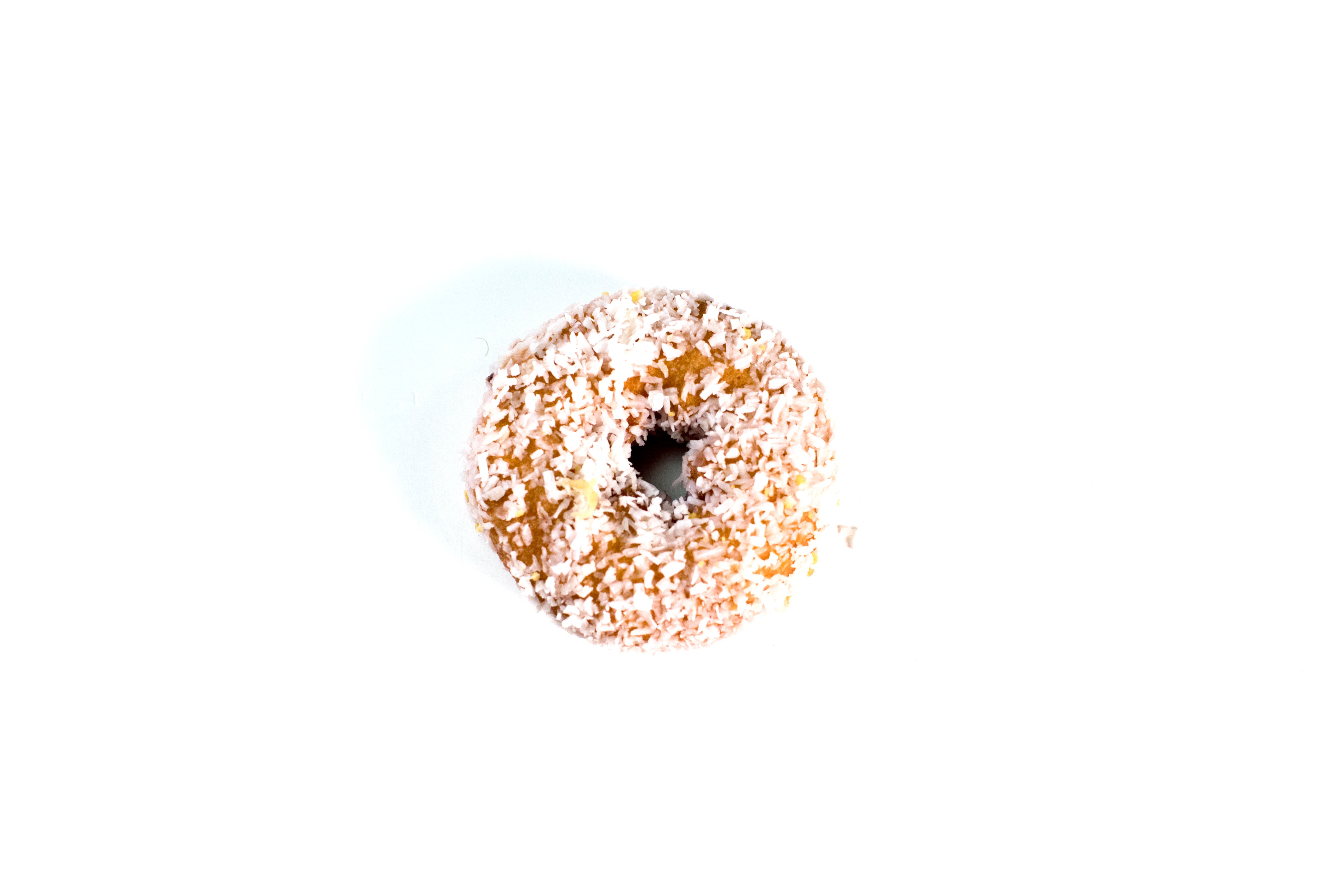 Some people really like the taste of coconut. Lots of people really dislike it. That said, this doughnut strikes a good balance of coconut flavor and overall sweetness. But unless you’re the type who’s most excited by a Mounds bar on Halloween, you’ll likely opt for a different doughnut. 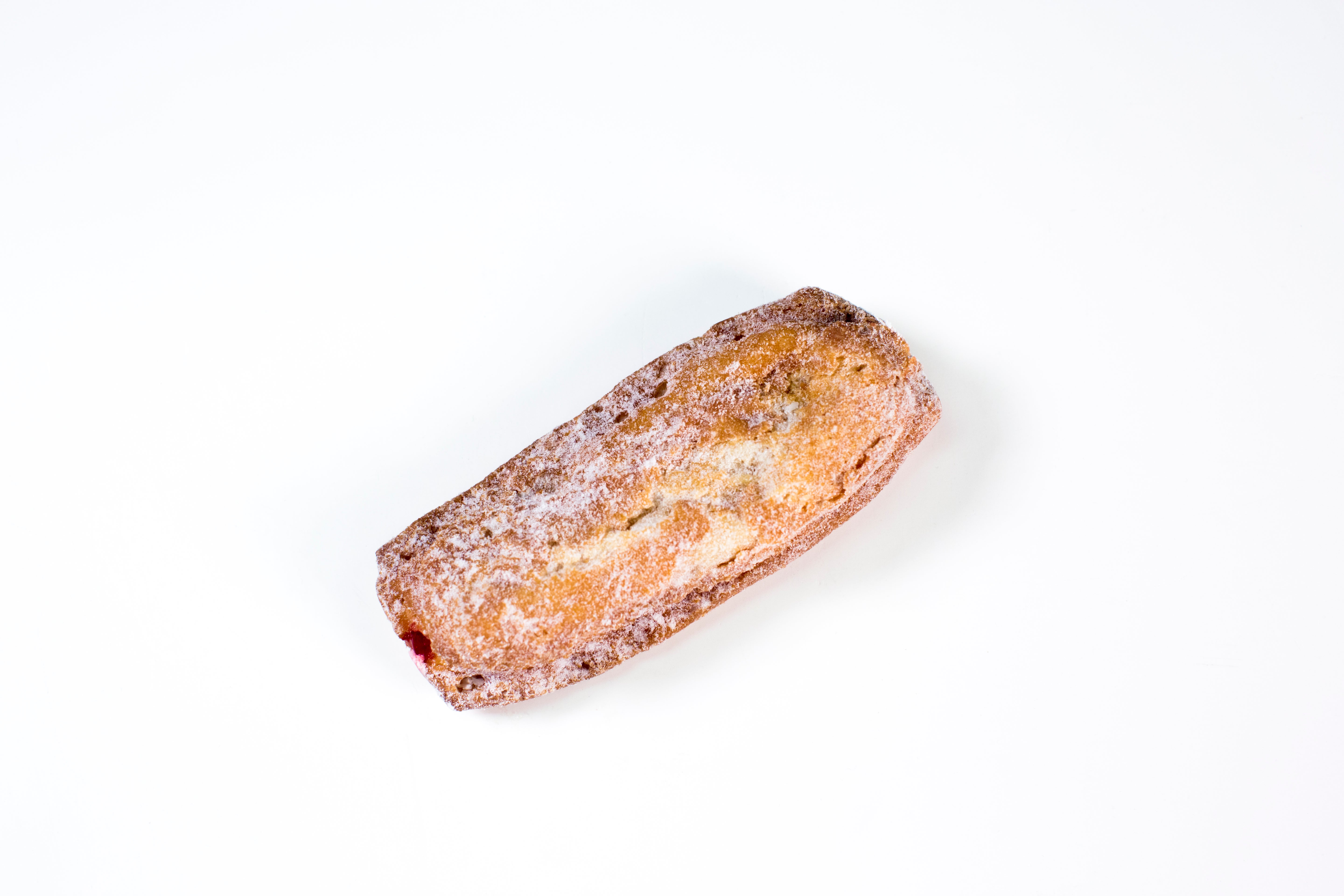 How much the stick shape affected ranking varied from flavor to flavor. For jelly, the stick was inferior in the taste test, even though it has a respectable ratio of jelly to doughnut. The real head-scratcher was the jelly’s flavor, though. Some testers thought it tasted like raspberry, while others thought it was strawberry. 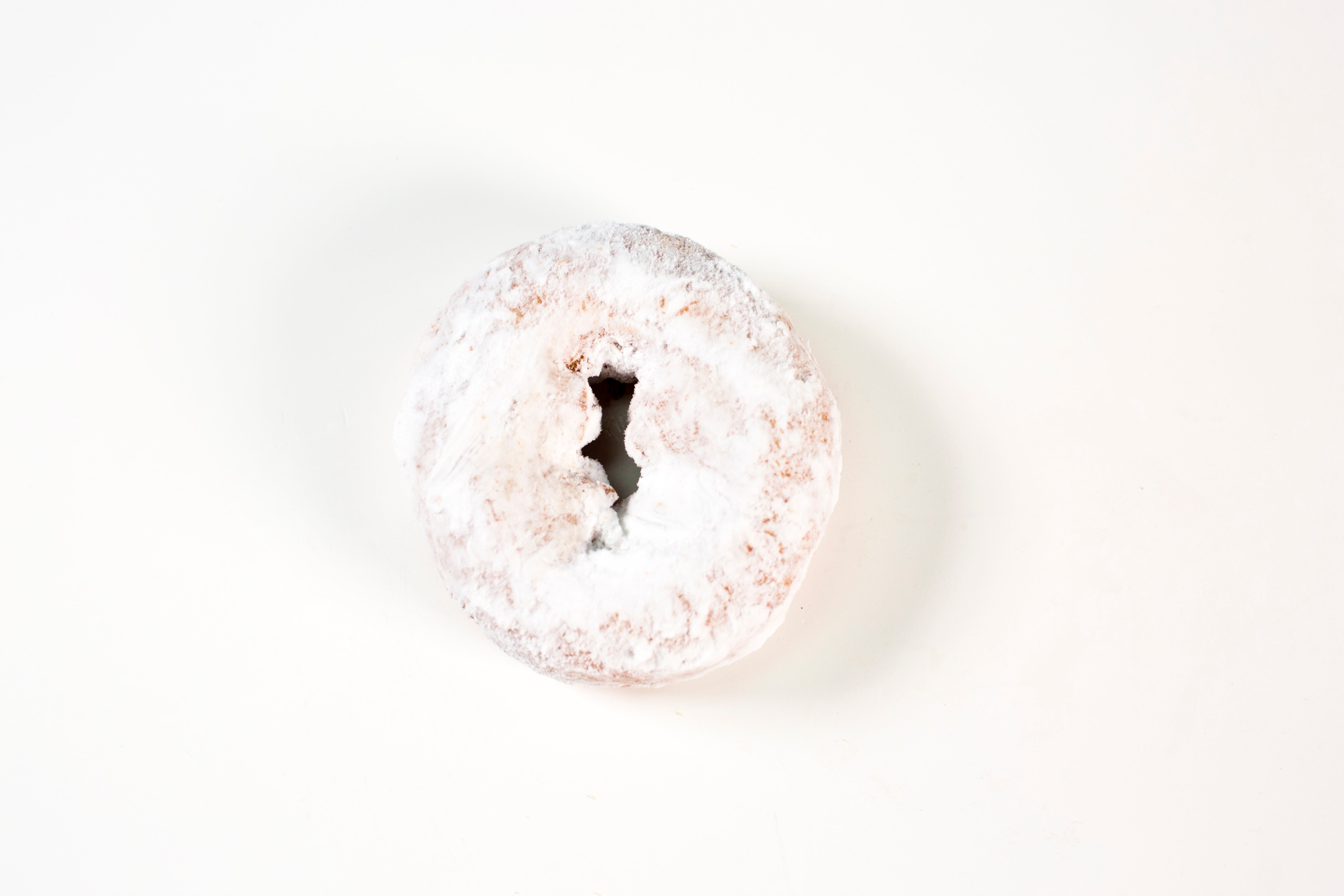 While the Powdered Sugar doughnut is lighter than it appears, it really is quite sweet, and like the cinnamon option, quite dry. If you can look past the slight mess, it’s a classic flavor that adds a little something extra to the classic cake doughnut. Maybe it’s a bit boring, but sometimes there’s no need to mess with something so tried and true. The Old Fashioned is a good option for dunking, and its no-frills approach allows the simple buttery flavors shine. And no, this one doesn’t taste like whiskey. One of the many frosted flavors, this one comes with rainbow sprinkles, but the topping only makes the already too sweet vanilla frosting taste even sweeter. The vanilla flavor doesn’t taste very natural, either. It’s like a bad cupcake experience. 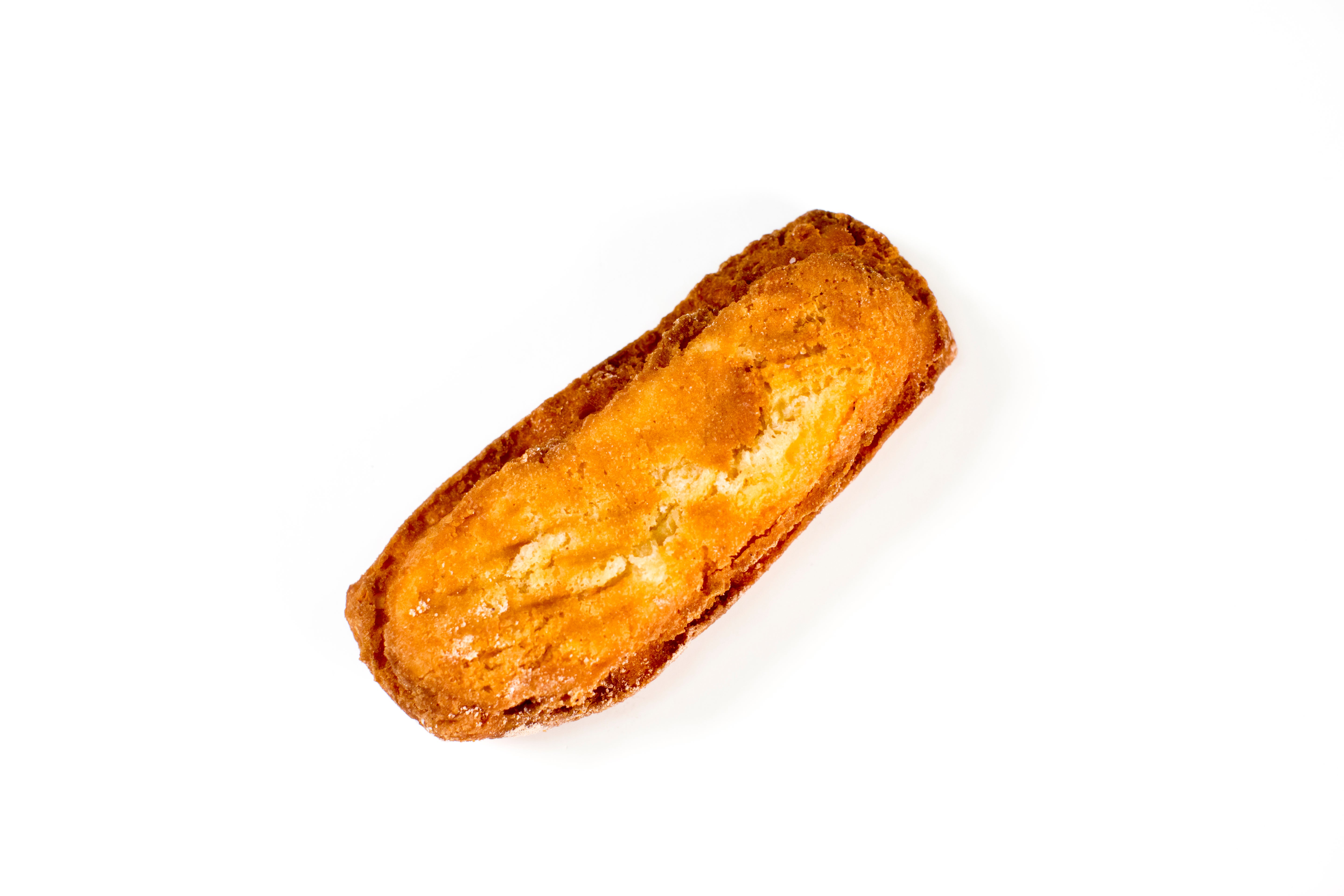 Likely the best option for coffee dunking, the Original Stick works best as a vehicle for other flavors like coffee or maybe even peanut butter or Nutella. Alone, it can be a bit dry, and maybe not sweet enough. It’s like a pound cake, but less buttery and flavorful. 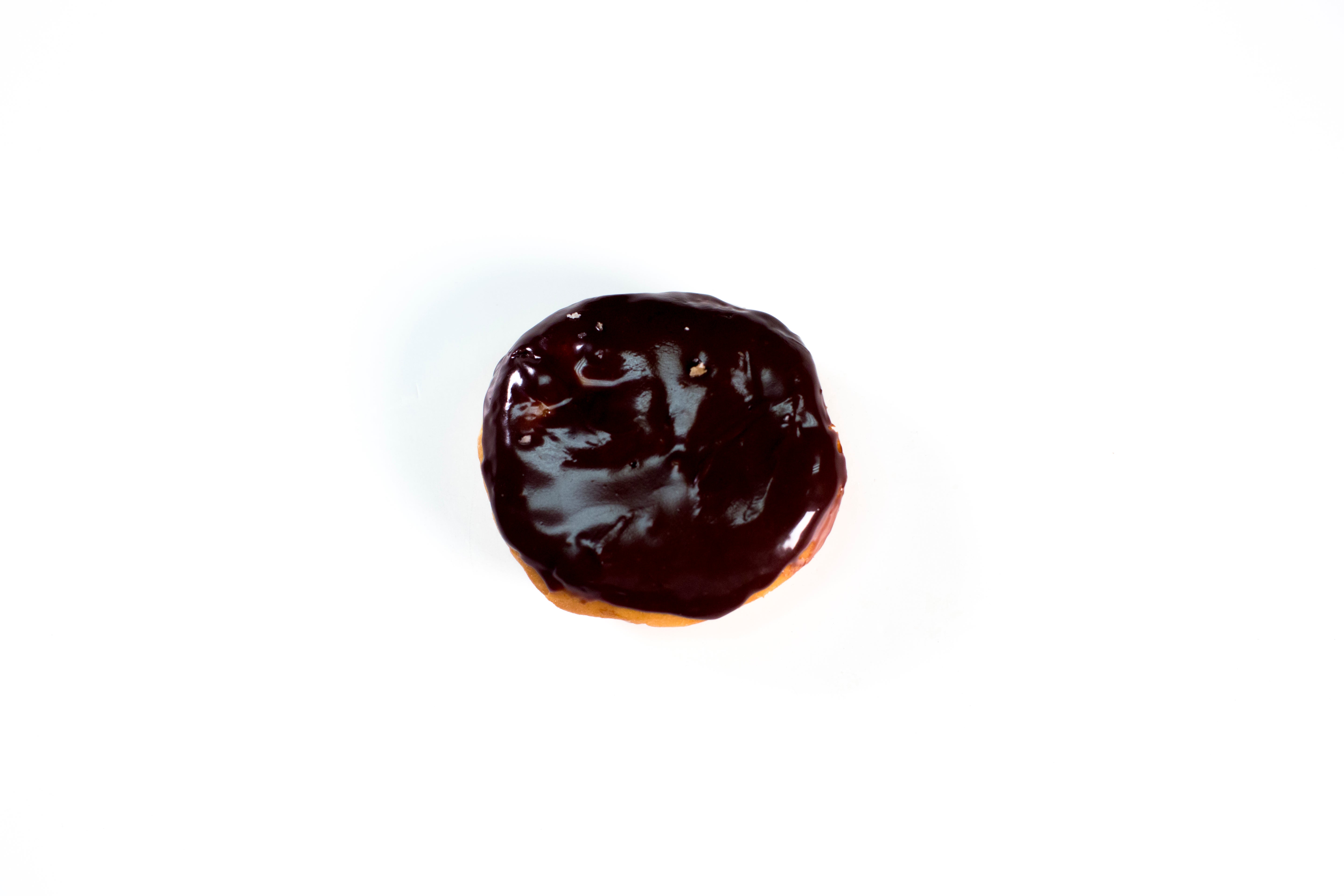 The Massachusetts state doughnut flies off the shelves, and much like the Bavarian Kreme, the its filling makes it a bit of a cult favorite. Those who dislike custard won’t get very far with this one, but those who are into it know the true power of the custard paired with chocolate frosting. 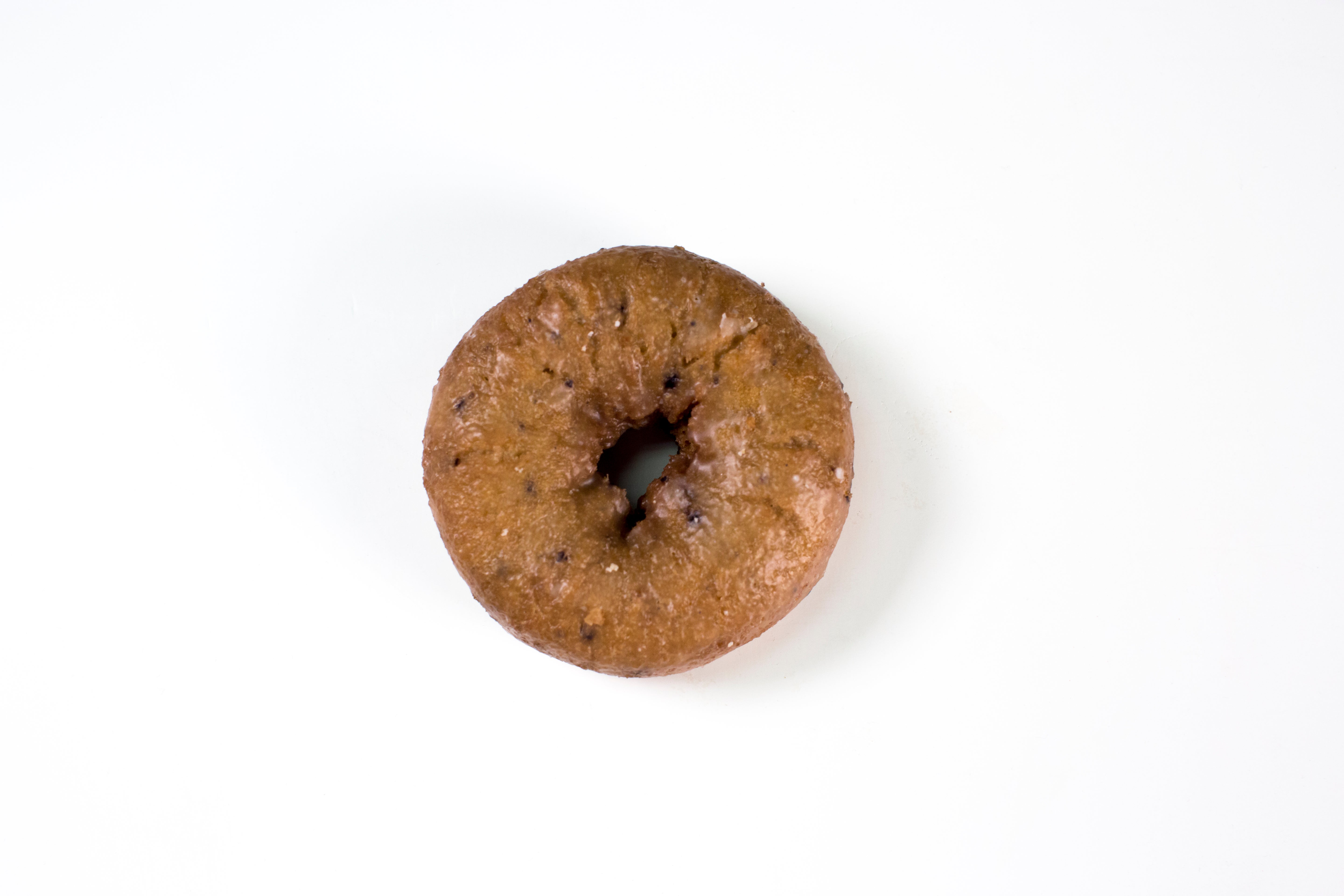 Blueberry Glazed is basically a sweeter version of a blueberry muffin, but with smaller blueberries and in the shape of a doughnut. The taste is akin to its cousin, the Blueberry Cake doughnut, but just a bit too generous with the sugar. 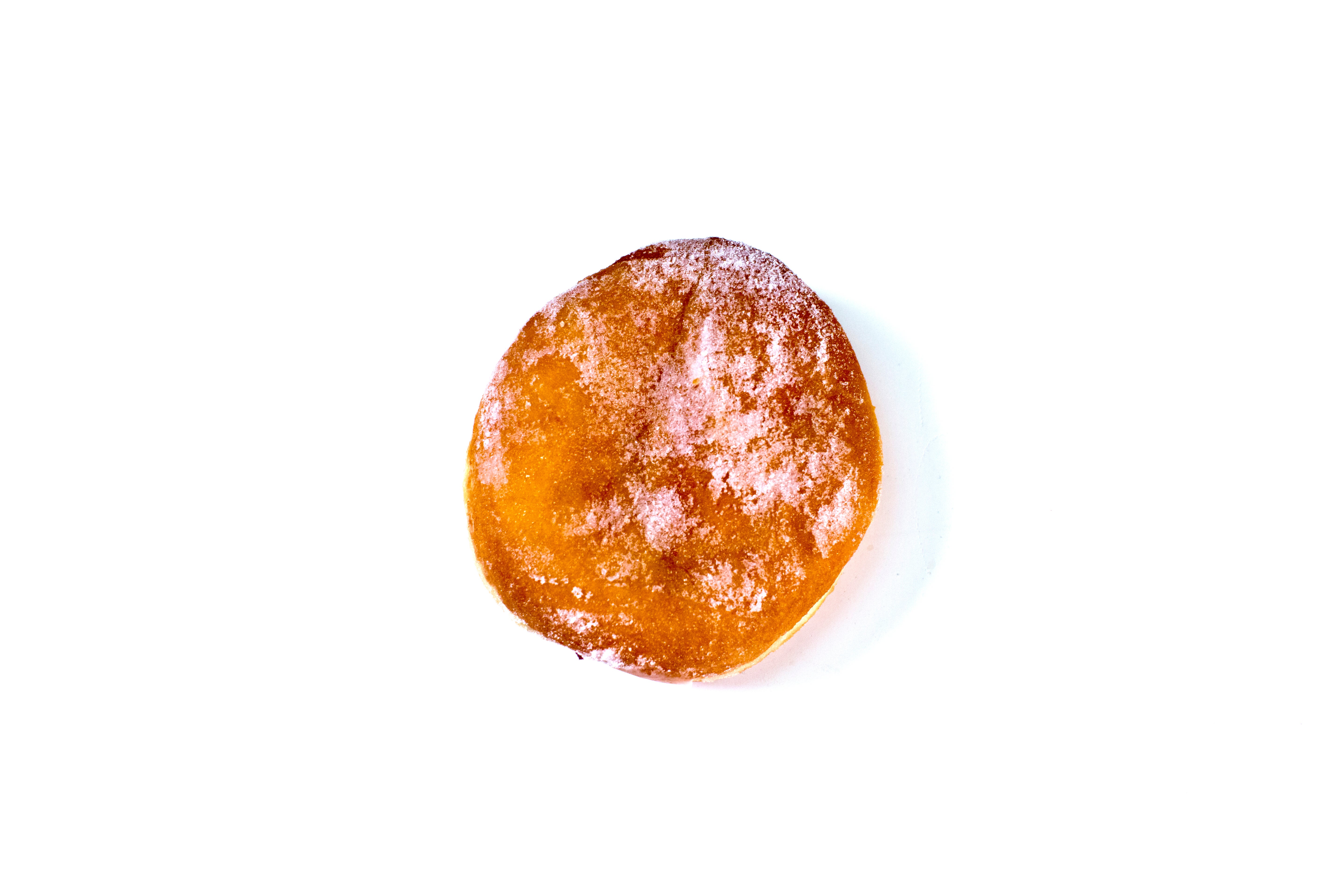 Jelly Doughnuts are a beautiful mess, unless you aren’t a fan of jelly, in which case they’re just a mess. The doughnut adds a nice balance, though, letting the fruitiness of the jelly do work. And even if you’re not a fan of fruity pastries, the sticky center is sugary enough to mask whatever fruit flavor it’s actually supposed to be. The Butternut doughnut is a bit of a mystery. The topping is actually a mixture of coconut, corn flour, and sugar, but it tastes much different than the Coconut doughnut. It’s not terribly crunchy, it tastes like an Almond Joy, and provides a different kind of texture that will surely yield crumbs. 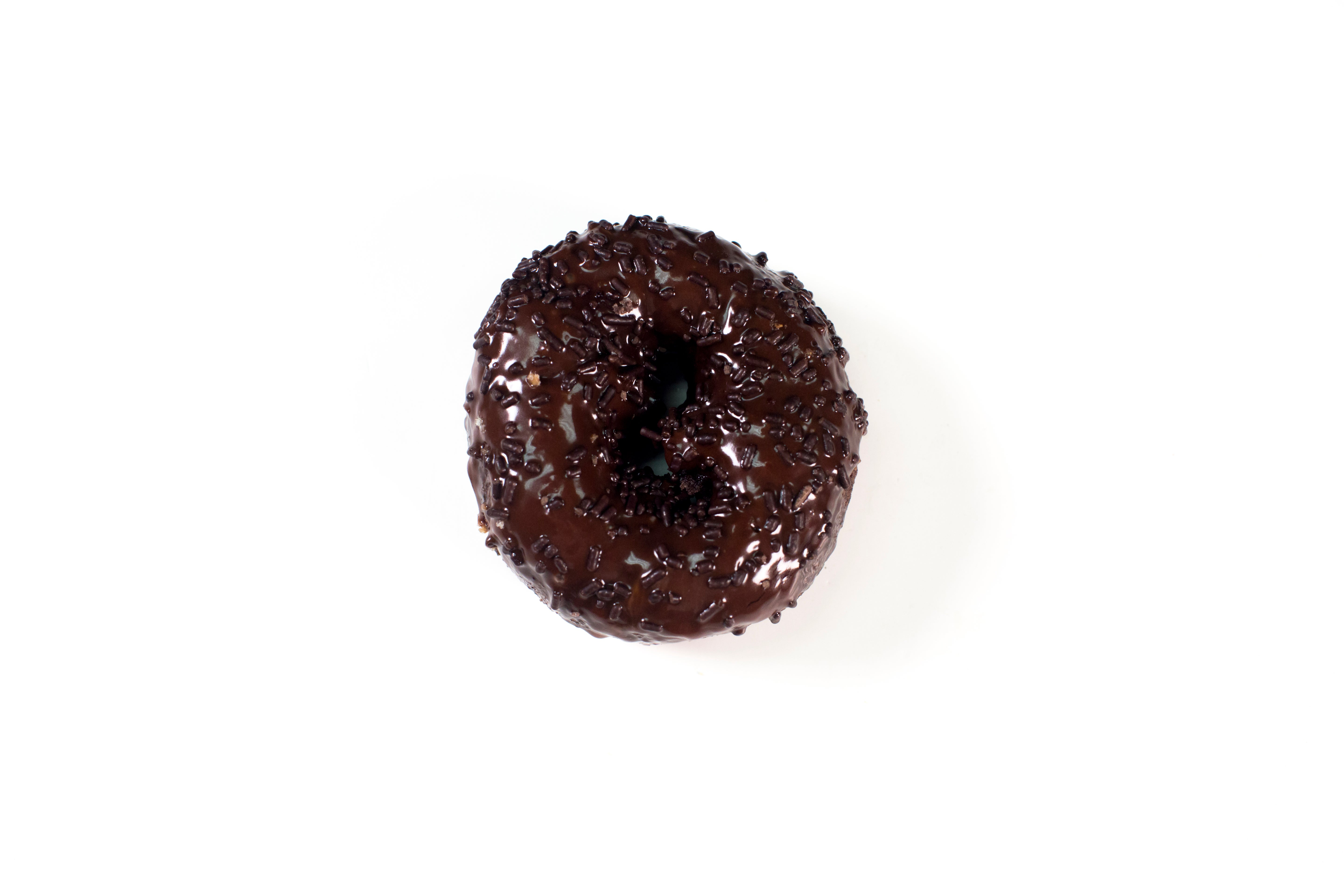 Chocolate lovers will get a kick out of this one, but many will find it a bit too rich to eat first thing in the morning. The cake and the frosting provide two chocolate flavors, which is surprisingly tasty, but also quite heavy. 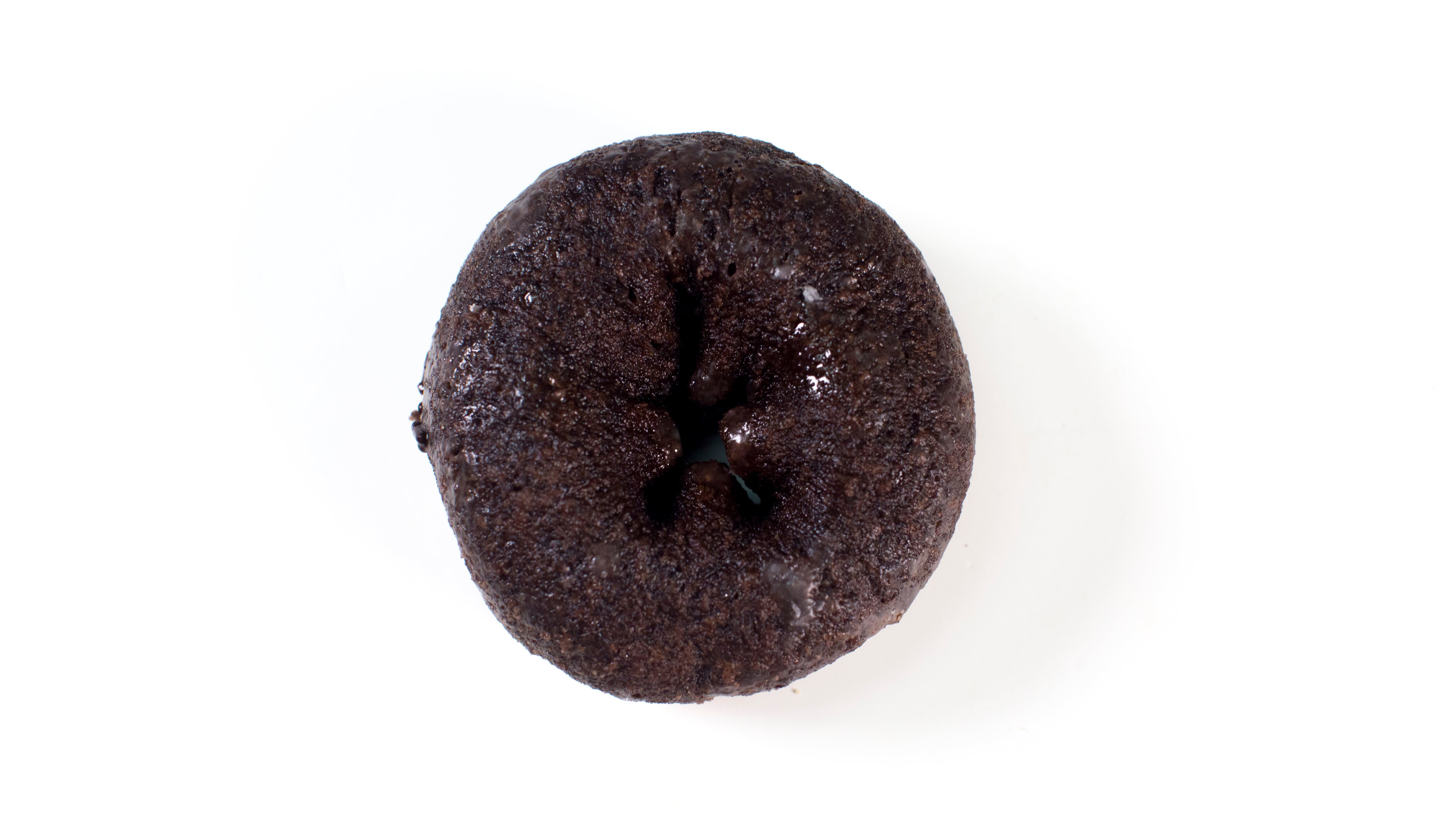 Chocolate Glazed is a quintessential flavor, and while almost all of the taste-testers remember them being a bit more glazed in the past, it remains a signature pastry. It isn’t too heavy, but also has a distinct flavor that isn’t quite straight-on chocolate — a little bit like Cocoa Puffs. 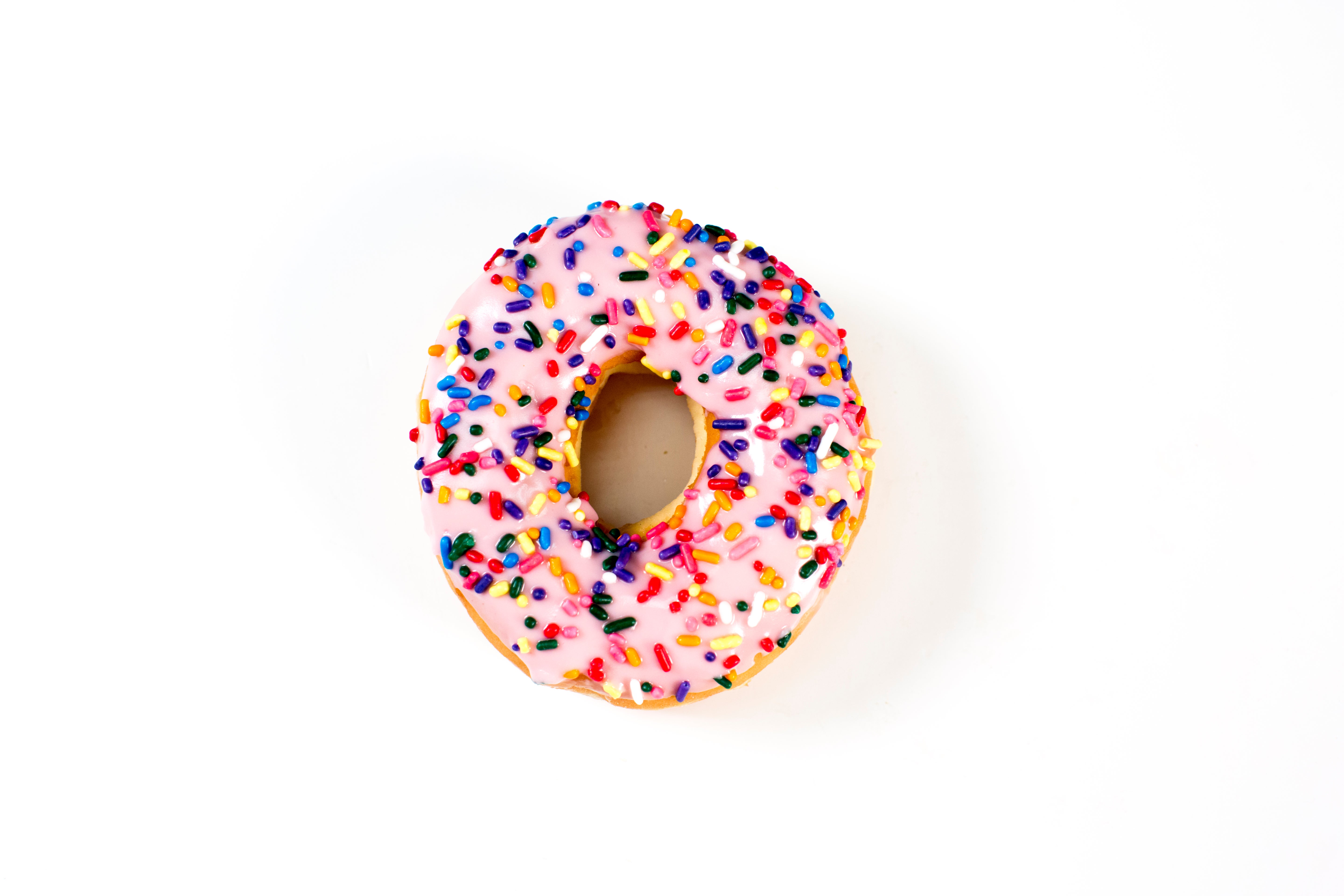 The strawberry flavor is very distinct, but also quite good. It’s creamy, almost like strawberry milk, and pairs nicely with the flakiness of the doughnut upon which it sits. Of course, it tastes massively artificial, but if you can embrace that, you’ve got a nice brightly colored treat. 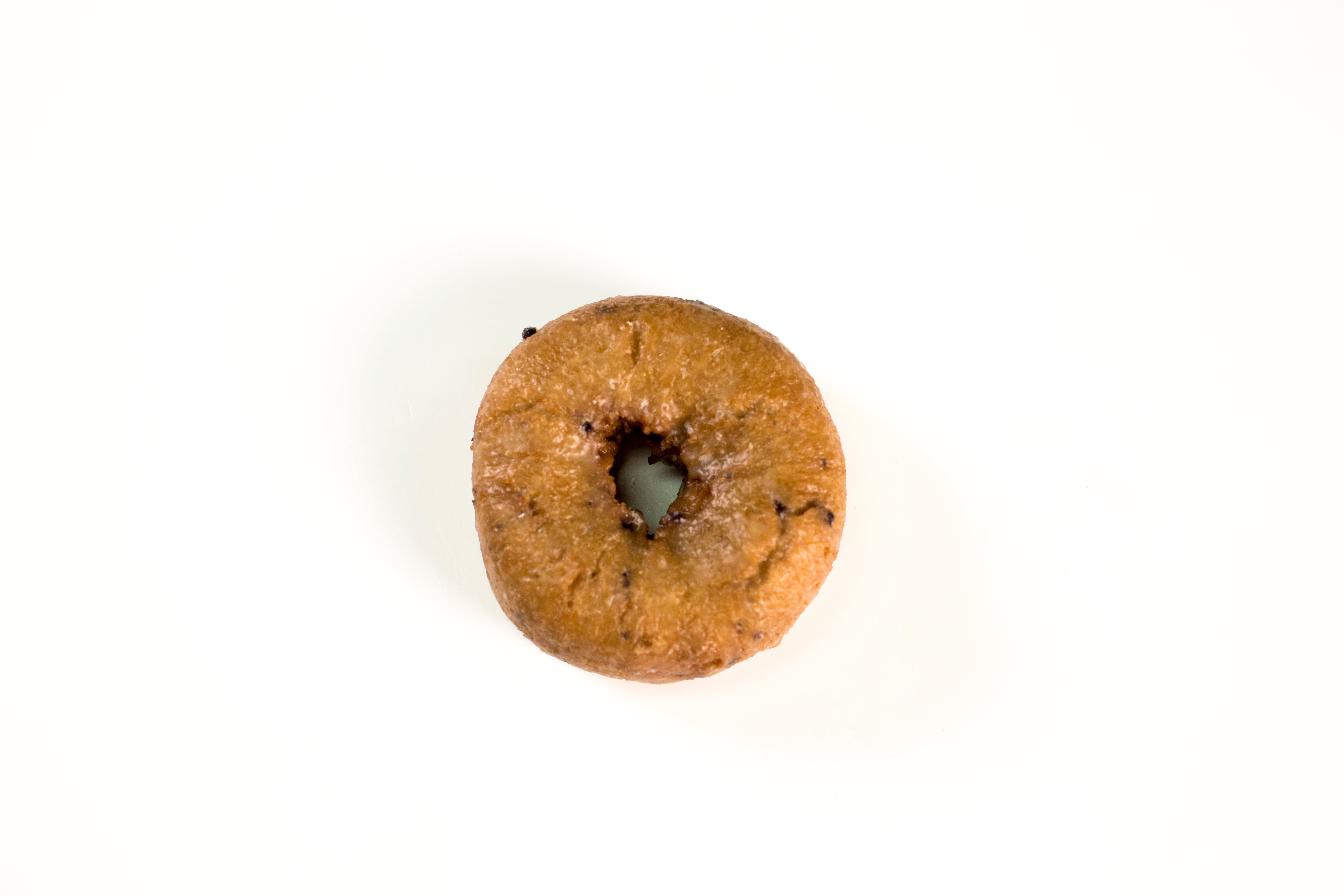 Maple Frosted was the most pleasant surprise of the bundle, with its pleasantly creamy maple flavor that’s not too overbearing. Some tasters even found hints of coffee flavor. In all, it’s a good breakfast doughnut, slightly reminiscent of a pancake or waffle. 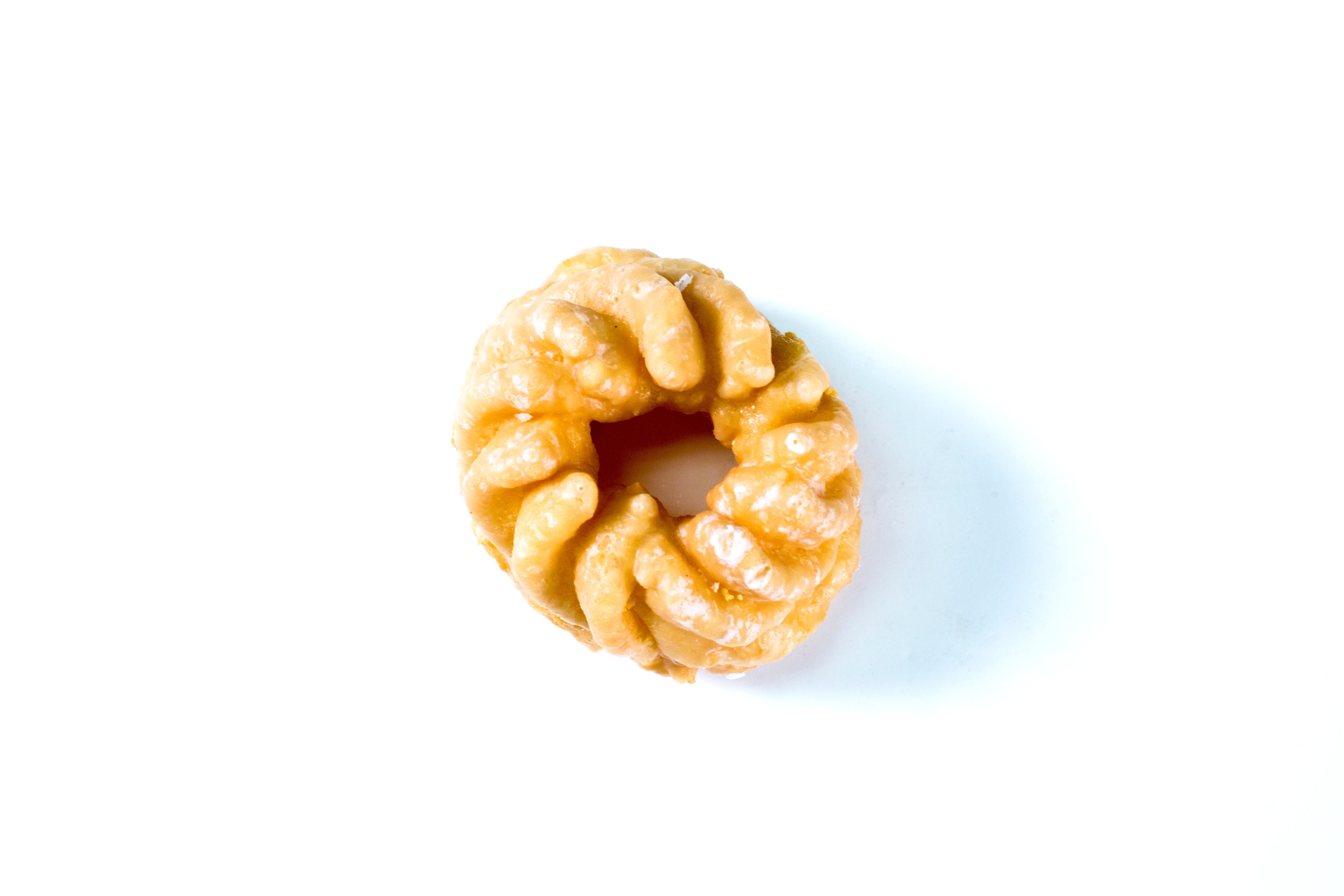 Despite popular belief, the French Cruller tastes quite different than the Glazed doughnut. In fact, its fluffiness makes this doughnut taste fried, the way a doughnut should be. Some testers thought it was almost too hollow, though. The airiness gives it a bit of a dry consistency that the French may not approve of. The Glazed Stick presents another solid dunking option, but with a bit of added sweetness. Many testers noticed a distinct, nutmeggy flavor that was not found in the Glazed doughnut, which is likely the addition of an artificial sweetener called Vanillin. 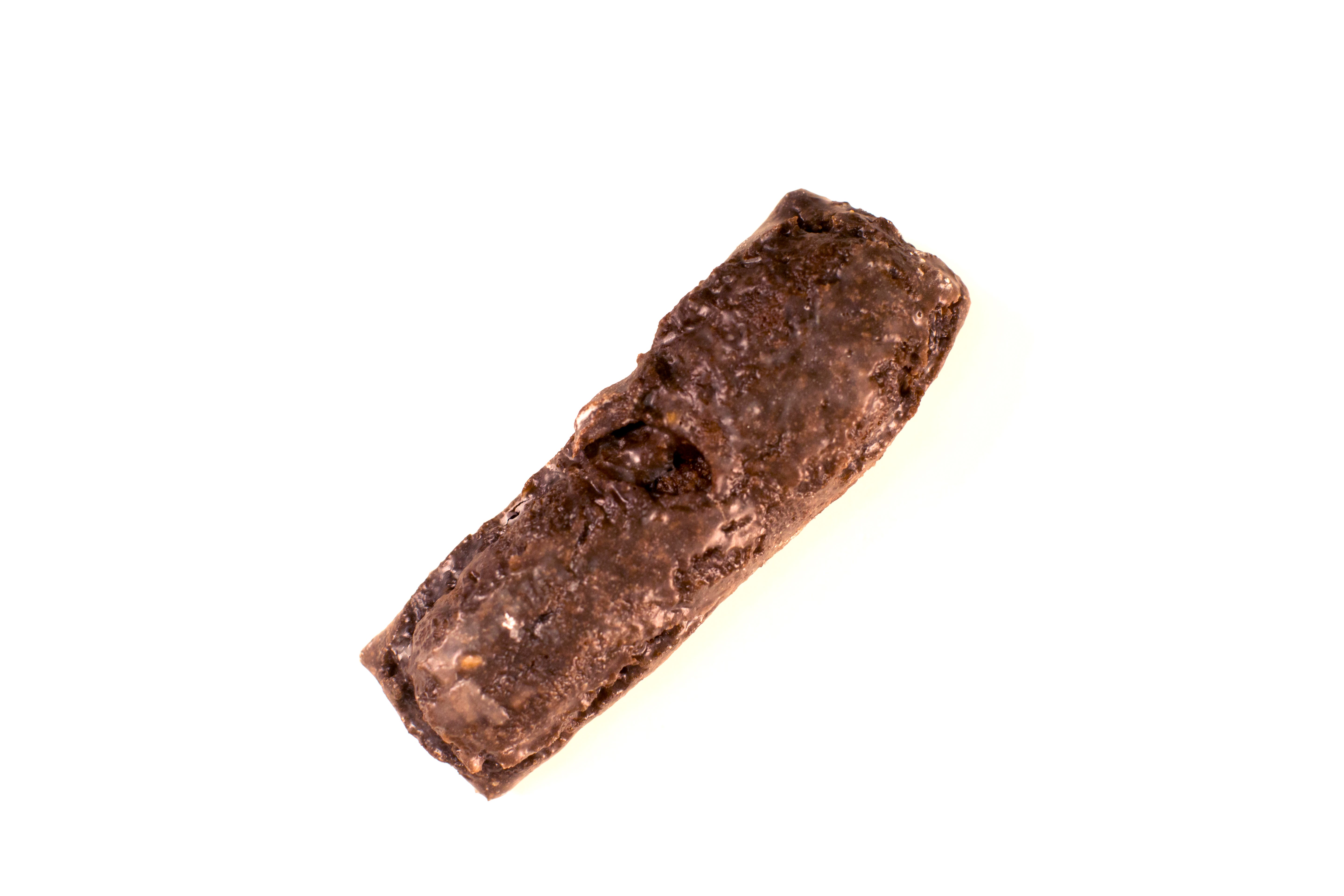 In theory, the Glazed Chocolate Stick shouldn’t taste any different from the Chocolate Glazed doughnut, but the taste-testers were unanimous in recommending the stick. Not only is it advantageous for dunking, but it has a crustier texture, which makes a world of difference. The Glazed doughnut is so effective because of its chewy texture. The flavor isn’t too aggressive, but the sweetness makes it melt in your mouth. This one may not have all the bells and whistles, but it’s classic for a reason. 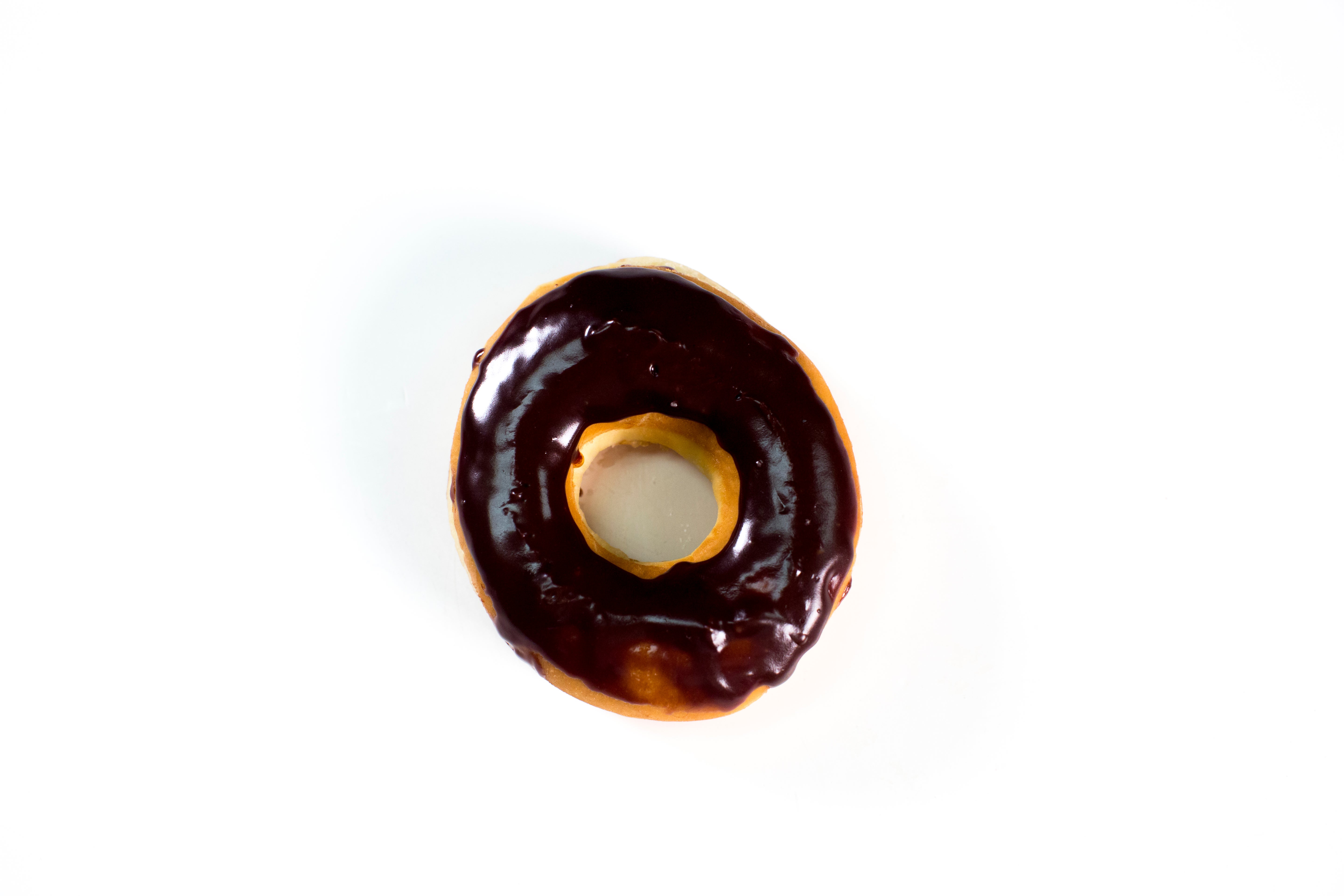 What’s the only thing that can make a Glazed doughnut better? Just the slightest touch of chocolate. The Chocolate Frosted takes the crown because it is the perfect balance of puffy pastry and more pronounced chocolate frosting. It’s safe to say that Dunkin’ has this one down to an art.

Dunkin’ Donuts through the years: