If you want to cook in the very kitchen in which Julia Child cooked, in the very country that inspired her to a career that spanned decades, now’s your chance.

A home built for Child and her husband is on the open market for the first time.

You won’t find granite countertops and stainless steel appliances, because the previous owner, who bought the home in the early 1990s, kept the kitchen in tact, according to The New York Times, which first published news of the listing.

Child called the house “La Pitchoune,’’ which translates to “the little one,’’ according to Sotheby’s International Realty.

It has three “cozy’’ bedrooms, an open living and dining area, and — best of all — a kitchen designed by Paul Child, just as Julia wanted it.

“Child’s charming Provençal kitchen has unusually tall counters to accommodate Child’s tall 6ft2 – frame, and walls covered with Peg-Board upon which hangs a vast array of professional cooking equipment,’’ reads the Sotheby’s listing. “Paul and his twin brother, Charlie, had painted the outlines of all the tools that can still be seen today.’’

Other amenities include a wood-burning fireplace, a terrace, a swimming pool, and landscaped grounds, according to the listing.

Child starred in WGBH’s The French Chef and wrote numerous cookbooks, including the bestselling Mastering the Art of French Cooking. Child is credited with teaching Americans to cook authentic French food.

After living for years in Paris and then elsewhere in Europe, Child and her husband moved to Cambridge in 1961, where they lived in a home on Irving Street.

While Cambridge was their primary residence, “La Pitchoune’’ gave them a way to remain connected to France, where Julia had first discovered her love of cooking while her husband was stationed there by the U.S. State Department in the late 1940s and 1950s.

The Childs built “La Pitchoune’’ in the mid 1960s, and often spent time there until the early 1990s. The home is located on a hillside in a small Provencal village, according to Sotheby’s.

From 1993 until this year, the home housed a culinary school.

In 2001, Julia sold her Cambridge home, and donated the kitchen to the Smithsonian Institution, where it was reassembled and put on display. 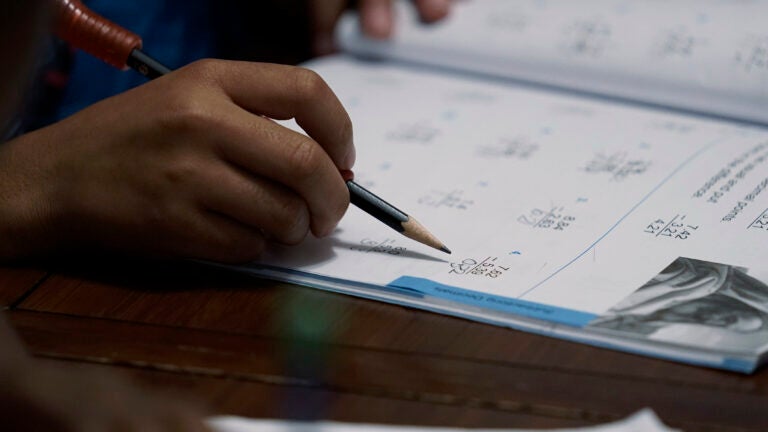