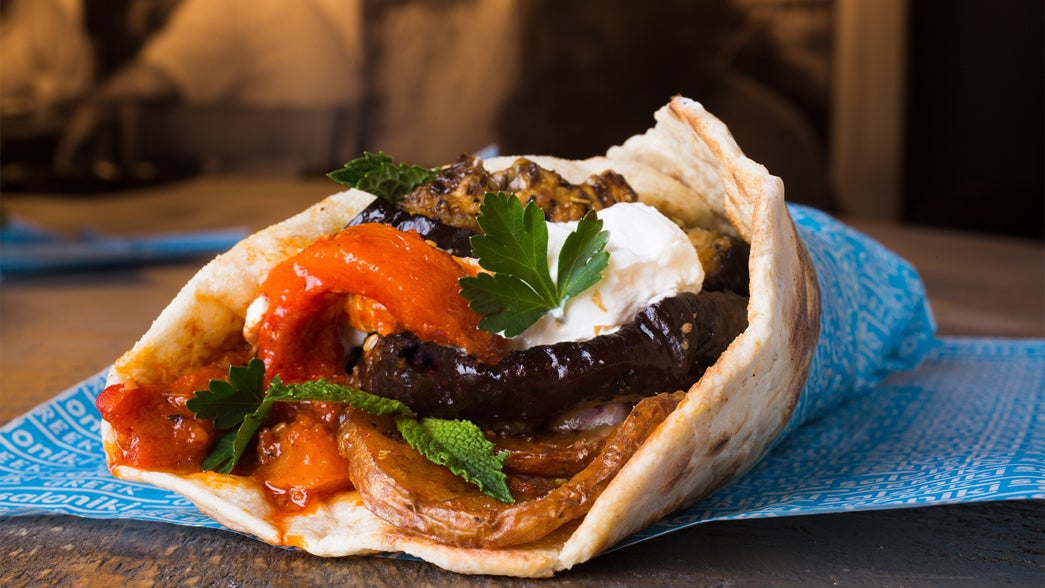 Fenway is getting a new culinary option next week. Saloniki, which opens Monday at4 Kilmarnock St., is led by Jody Adams, executive chef at Boston’s Rialto for over 20 years, as well as partners Jonathan Mendez and Eric Papachristos. According to the restaurant’s Facebook page, the eatery is a “tribute to the humble Greek sandwich shop.’’

Entrees at the fast-casual Greek restaurant range in price from $8-$10.50. Classic pita options include The Herc, which contains honey-garlic braised pork shoulder, spicy whipped feta, Greek fries, tomatoes, and onions. The Despena is packed with zucchini-feta fritters, garlic yogurt, tomatoes, onions, herb salad, and Greek fries. For those who would rather take a DIY approach, Saloniki also offers a “Build It’’ option that allows patrons to create their own pitas using various bases, fillings, and sauces.

Other menu items include soups, salads, and beverages, such as beer, wine, Greek iced tea, and the restaurant’s take on a frappé, the Greek beverage of sweetened, foam-covered iced coffee. (No, not a frappe—as in, how New Englanders refer to a milkshake.) 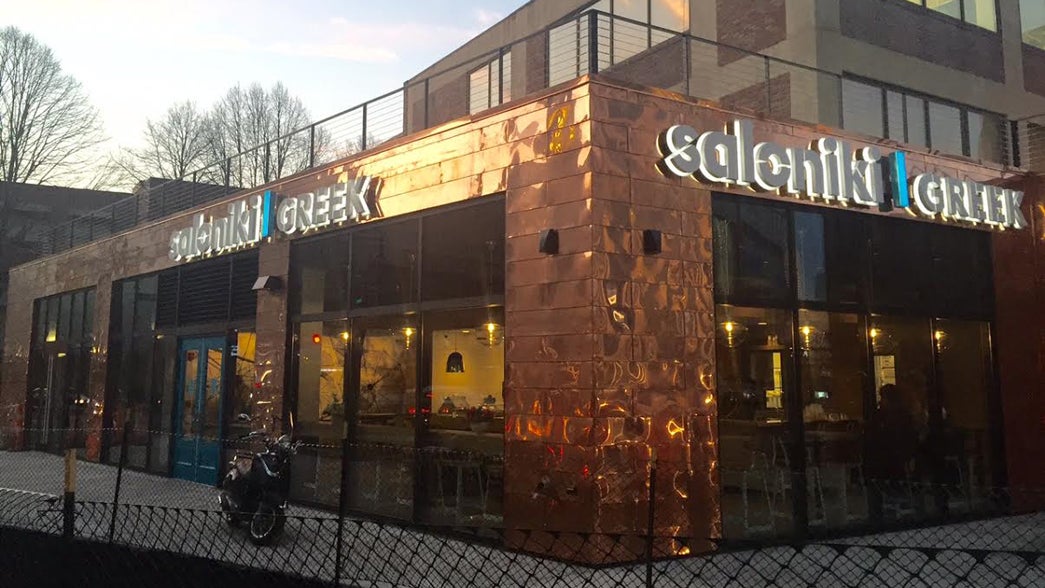 According to Sarah Kraut, a spokeswoman for Saloniki, the space on the other side of Saloniki will be home to the recently announced Fenway Sweetgreen.

The restaurant has both indoor and patio seating. 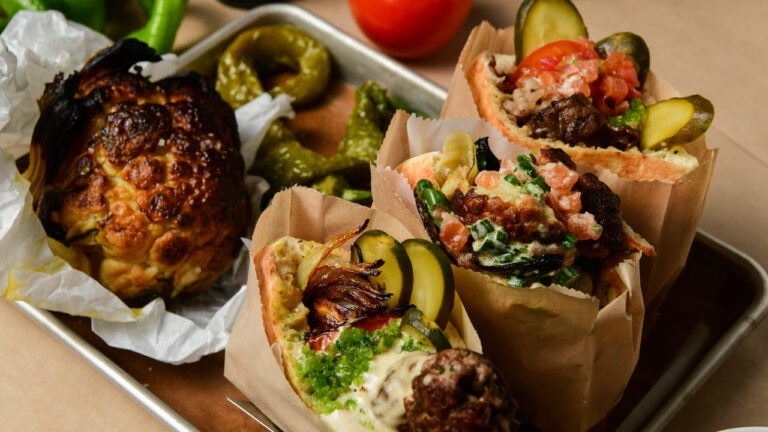